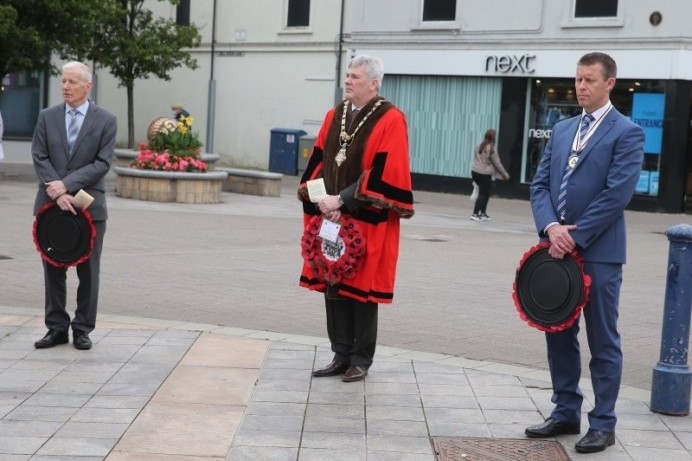 The Mayor of Causeway Coast and Glens Borough Council took part in a commemoration to mark Victory in Japan Day in Coleraine on Monday 16th August.

During the service organised by Coleraine Royal British Legion, Councillor Richard Holmes laid a wreath at the War Memorial at the Diamond.

Reflecting on the occasion, he said: “Today we mark the 76th anniversary of VJ Day, effectively marking the end of World War II. We must never forget the sacrifice of those who gave so much, and today’s service was a moment of poignant remembrance as we recalled the events of 1945. We are forever thankful to our service personnel, our veterans, and their families, who collectively gave up so much for our freedoms.

“It was an honour for me to lead elected members at today’s service as we fell silent and remembered together.” 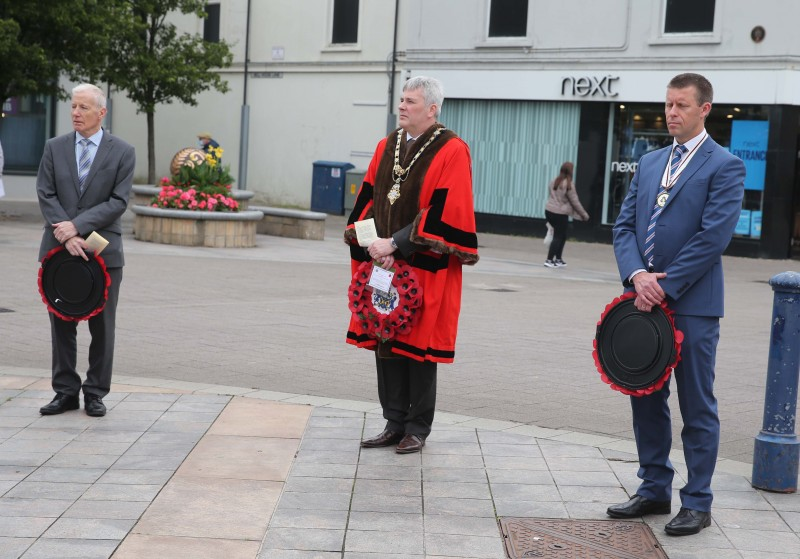 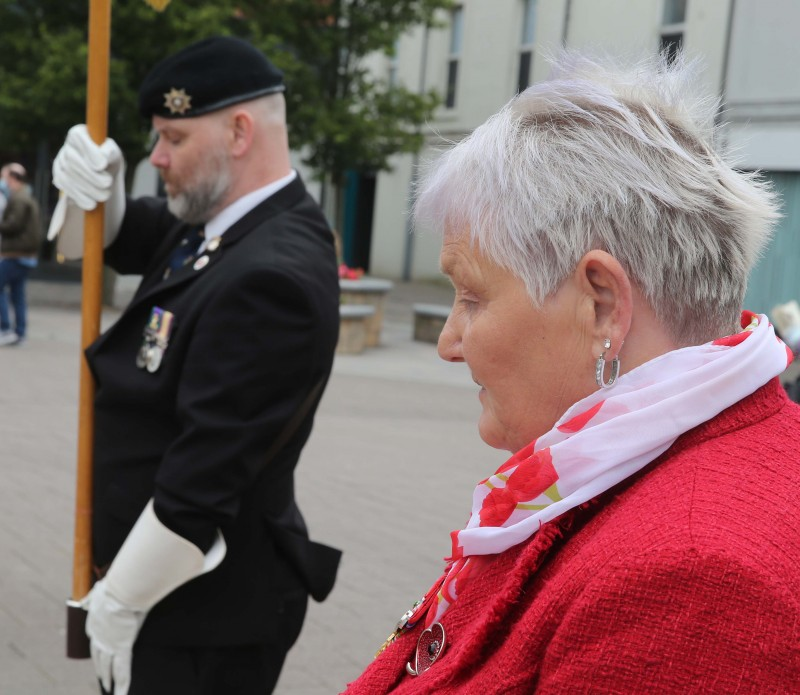 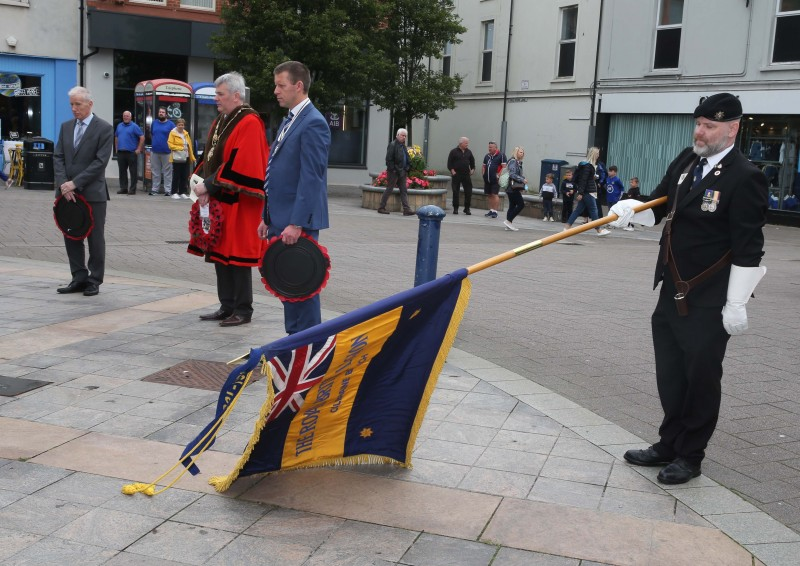 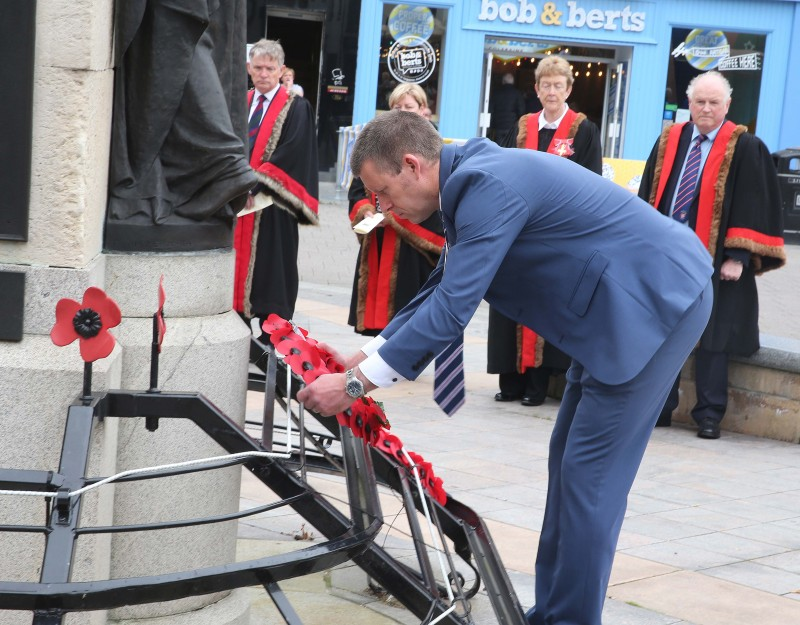 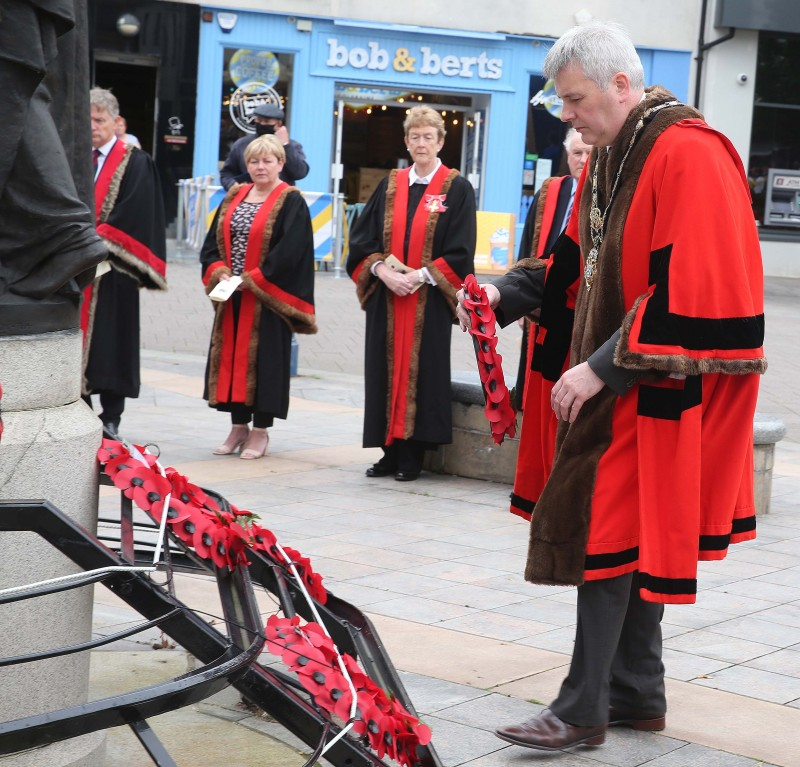 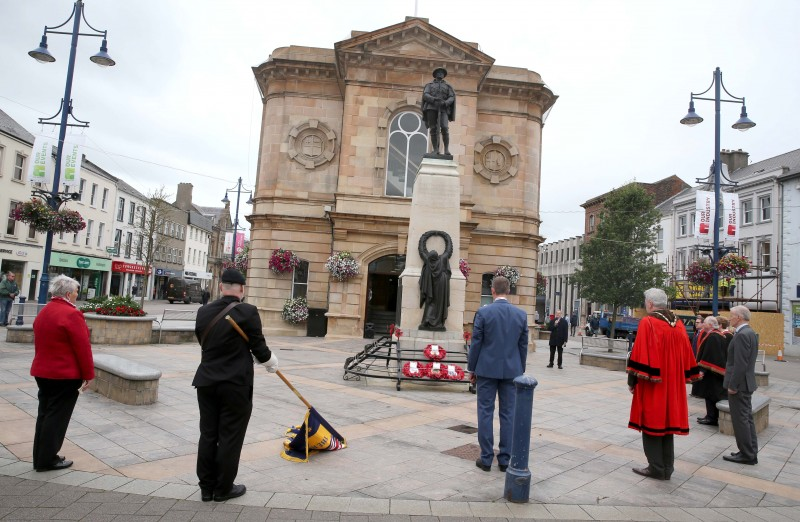