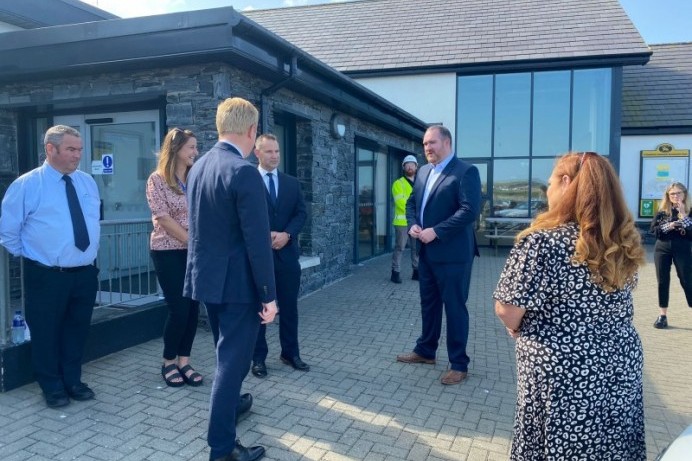 Thousands more hard-to-reach homes and businesses in rural areas of Northern Ireland will get access to top-of-the-range broadband thanks to new funding from the UK government.

The £165 million Project Stratum is the biggest broadband rollout in Northern Ireland’s history and will see more than 76,000 rural homes and businesses connected to very fast, ultra-reliable gigabit broadband by December 2023.

The extra funding is expected to connect around 8,500 more homes and businesses in very rural areas across all of Northern Ireland but in particular those that currently have the slowest speeds, such as in Mid Ulster, Fermanagh and South Antrim.

“But I won’t let any part of Northern Ireland be left behind by the digital revolution, which is why we're stepping in with an extra £25 million to make sure we level up as many homes and businesses as we can with broadband fit for the future.”

“We are calling Project Stratum ‘The Rural Revolution’, transforming the lives of those living and working in rural and regional parts of Northern Ireland, and this additional investment will help us achieve our mission to ensure 100% of homes and businesses have access to full fibre broadband by 2025. “

Gigabit broadband delivers lightning-fast internet downloads speeds capable of reaching 1,000 megabits, or one gigabit, per second. It will future-proof connectivity in Northern Ireland for the next thirty to forty years, allowing people to take full advantage of cutting-edge technologies such as 8K TV and virtual reality streaming and supporting businesses in rural communities.

Currently 76% of Northern Ireland’s geography has access to a gigabit-capable broadband connection, making it the leading UK region for the rollout of this next generation digital infrastructure.

The Secretary of State is in Northern Ireland to review its rapid broadband rollout and see what lessons can be learned to help deliver the UK Government’s target of 85% UK gigabit coverage by 2025.

Portballintrae Community Centre is an exciting example of the way in which the FFNI project is reaching very remote and rural communities across the UK with gigabit capable broadband.

The hall is part of a strategy to hook up publicly owned and community buildings to gigabit-capable networks. This not only helps deliver better and more efficient public services but expands the full fibre broadband footprint across Northern Ireland.

The buildings then act as full fibre ‘hubs’, from which other commercial broadband companies can build their own networks to connect surrounding rural homes and businesses. Portballintrae Village Hall’s connection has already helped stimulate and enable the commercial market to reach more homes and businesses in very rural areas of Portballintrae and across the Causeway and Glens.

“Causeway Coast and Glens Borough Council is committed to developing the digital infrastructure of our Borough, and as part of the wider FFNI Consortium ensuring as many citizens as possible can access high quality broadband.

“Portballintrae Community Centre is currently utilised by 17 different groups, which offer a range of outlets and activities for the community. The added provision of high-speed connectivity will enhance its position as an important central hub for the area by allowing it to extend its services even further, reach out to more potential users and encourage even greater community involvement.

“We want everyone to feel the benefits of improved digital connectivity and through the Full Fibre Northern Ireland programme we can bring people closer together and create greater opportunities for all.”