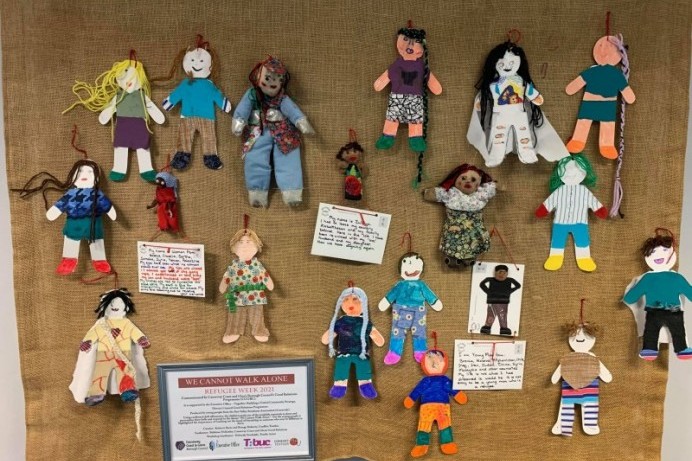 Three of the pieces were produced during workshops commissioned by Causeway Coast and Glens Borough Council’s Good Relations team while the fourth was created in Catalonia for World Refugee Day, bringing an international dimension to the display.

Explaining more about the display, the Mayor of Causeway Coast and Glens Borough Council Councillor Richard Holmes said: “Two of the banners were created by young people from the Roe Valley Residents Association, and its particularly timely that this year’s Good Relations Week showcases ‘Brighter Days Ahead’ and celebrates the efforts of young people to break down barriers, unite communities and act as a catalyst for meaningful change in our society.

“I would like to extend my thanks to all those who have contributed to the textile banners which help us to visualise the benefits of mutual respect and understanding.”

Locally, workshop participants who created arpillera dolls which were incorporated into the banners were invited to consider the experiences of someone who has come here to seek sanctuary and extend their hand to someone outside of their current circle with a different experience to their own.

Curator Roberta Bacic from Conflict Textiles said: "At a time when there are almost 26 million refugees globally, we welcomed this opportunity to engage with refugees and the wider community through this hands-on, interactive workshop programme. The collective banners are the outcome from the six workshops and we are very proud at what has been created.”

Later this year, a banner created in Causeway Coast and Glens during Refugee Week and the Catalonian arpillera made for World Refugee Day will travel to the Platforma Festival in Yorkshire to be part of the Conflict Textiles artist-in-residence exhibition programme ‘Suitcases: Telling Textile Travels’. This festival for the arts by, with and about refugees, is produced by Counterpoints Arts.

Further to this, the banner will be available for community groups and organisations to display at their own premises in 2022.

This project received support from The Executive Office through the Together: Building a United Community Strategy, District Council Good Relations Programme.

For more information about Roe Valley Arts and Cultural Centre, including opening times, go to www.roevalleyarts.com. 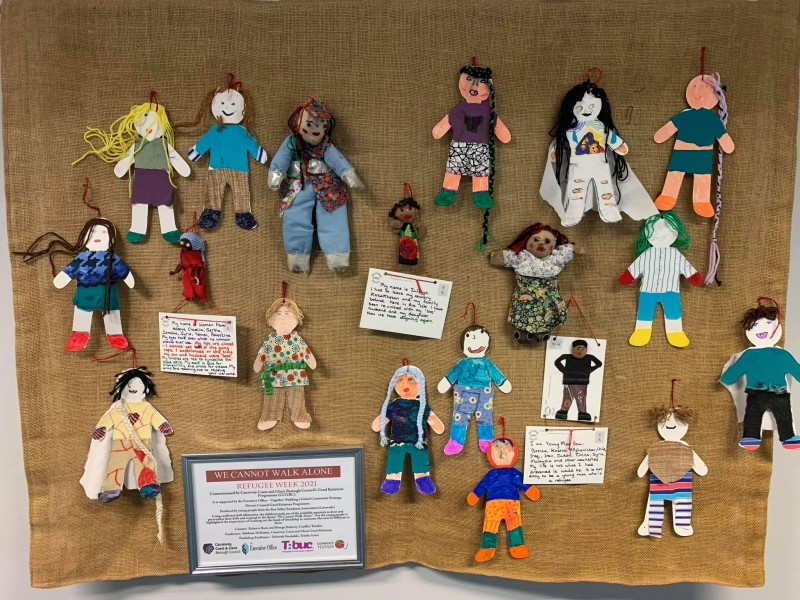 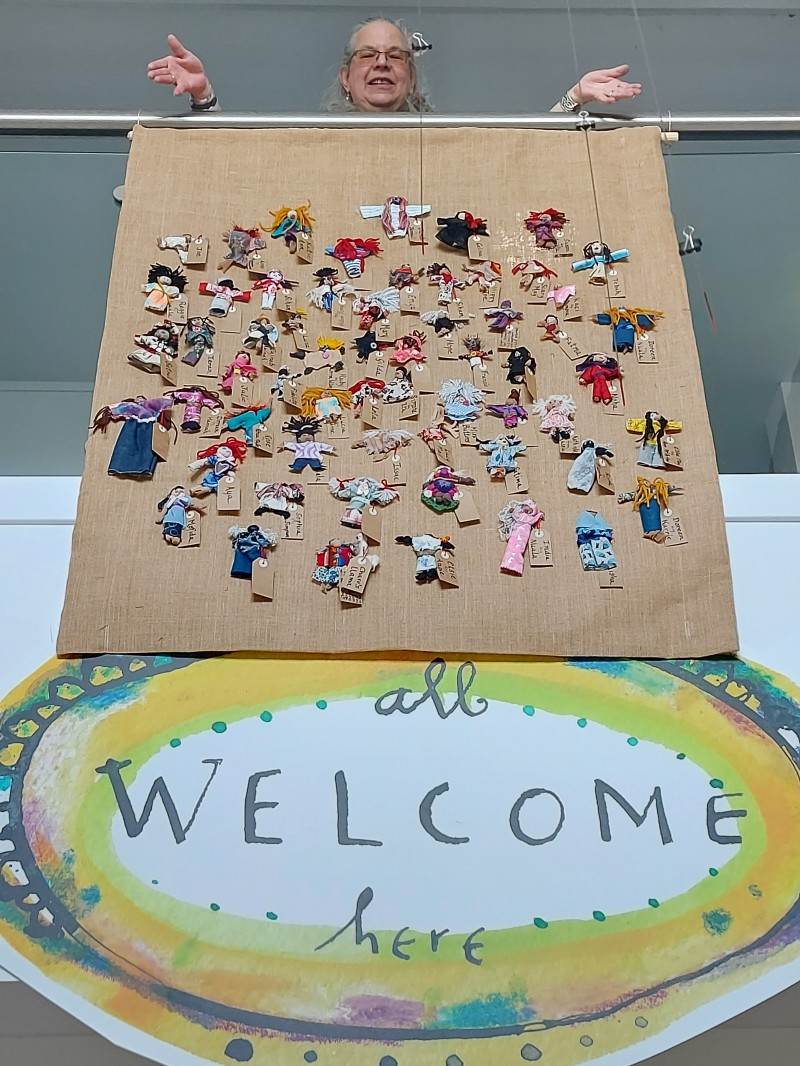