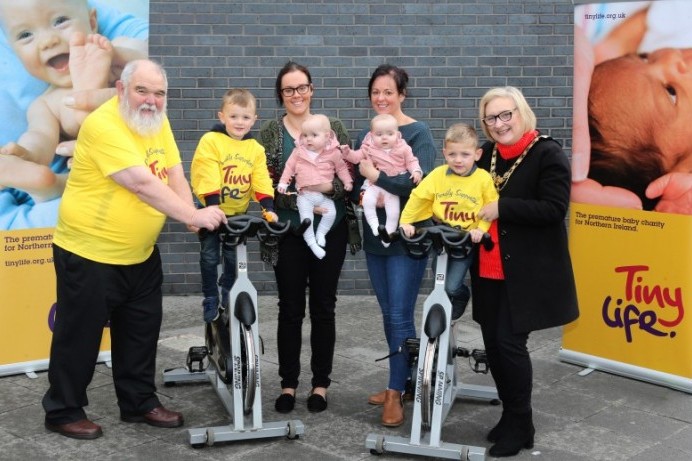 A charity spinathon in aid of TinyLife will take place on Saturday 1st December.

The event in Dungiven Sports Centre is supported by The Mayor of Causeway Coast and Glens Borough Council, Councillor Brenda Chivers.

TinyLife, a charity which provides much needed support for premature and vulnerable babies and their families, is the Mayor’s official charity for the year ahead.

The Mayor said: “This latest fundraising venture for TinyLife follows on from the successful incubator push in August which raised over £1300. My family has personal experience of the vital services provided by the charity as two of my grandchildren were born prematurely. This was an incredibly difficult time for us all which is why I now want to say ‘thank you’ for all the support we received. I would ask everyone to support this event and continue to help raise awareness of TinyLife and the incredible work they do.”

TinyLife fundraiser Brian McCloskey added: “We are honoured that the Mayor of Causeway Coast and Glens Borough Council has selected TinyLife as her chosen charity. Just like the incubator push, this charity spin-athon is a fantastic way for local members of the community to get involved and raise vital funds.”

The spinathon, which is organised by Richard Ferris, will take place from 9am until 5pm.

Anyone who would like to take part or make a donation should contact brian@tinylife.org.uk or ring Richard on 07870988138. 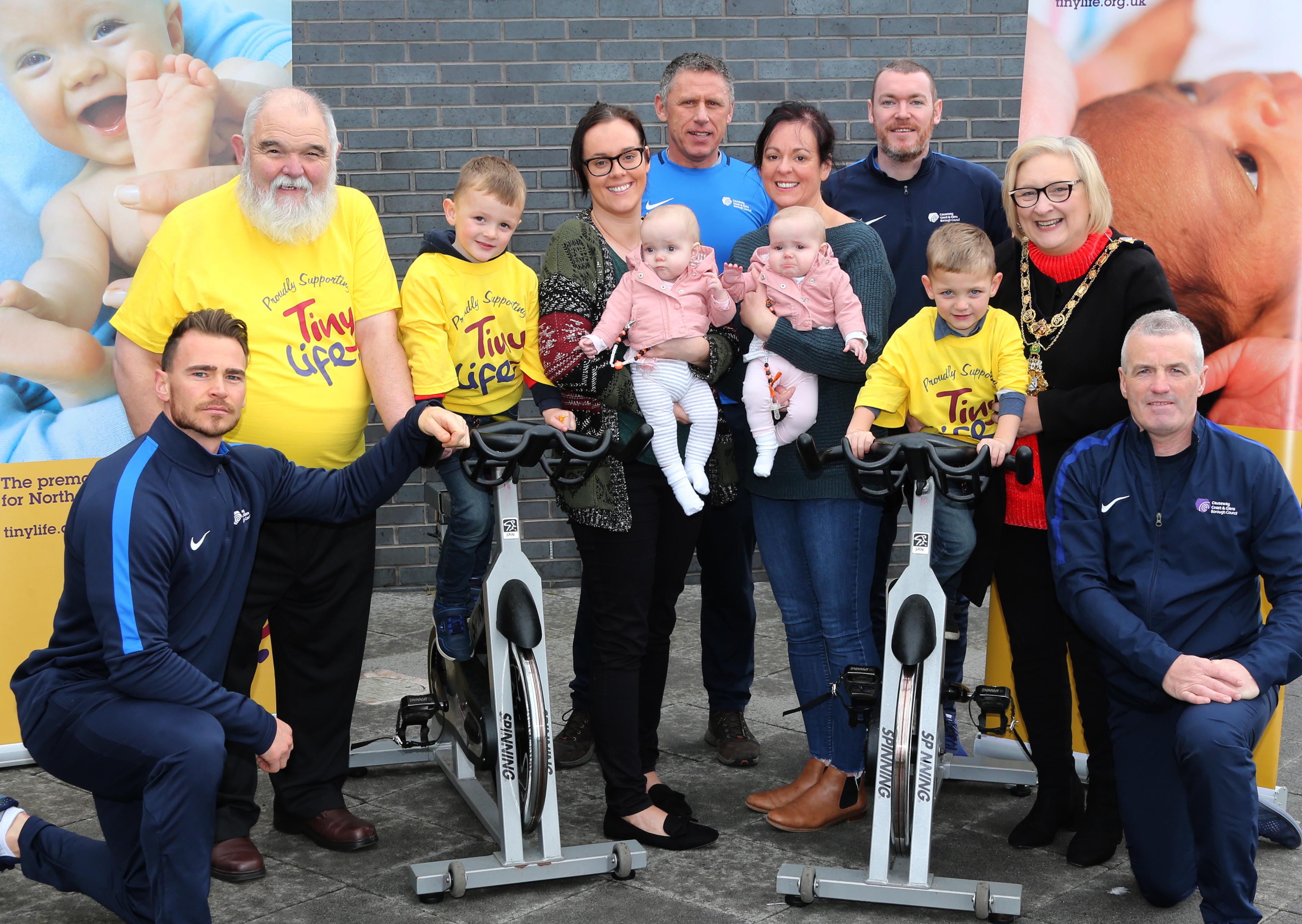 Staff from Dungiven Sports Centre, including organiser Richard Ferris (front right), join the Mayor of Causeway Coast and Glens Borough Council Councillor Brenda Chivers, her grandsons Harry and Conor, TinyLife fundraiser Brian Mc Closkey, Lorena McGilligan and Rachel McIntyre and her twin girls Niamh and Rioghnach at the launch of the charity spinathon in aid of TinyLife which will take place at Dungiven Sports Centre on Saturday 1st December.