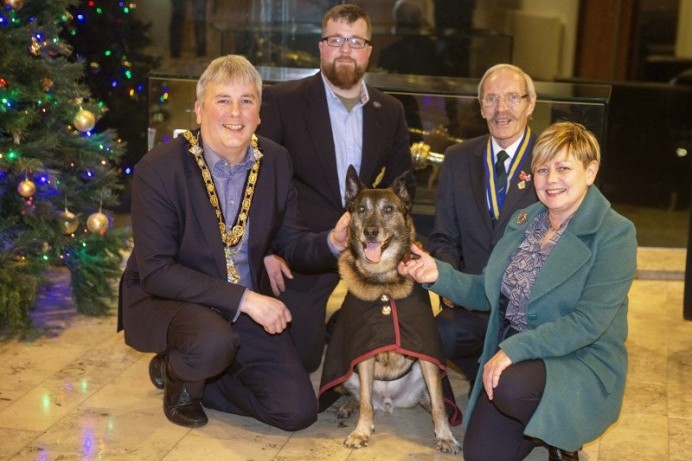 There was a very special guest at Cloonavin recently when retired military working dog came to visit the Mayor and Council’s Veterans’ Champion.

Zadar, a Belgium Malinois, resplendent in his regimental jacket and medals, was accompanied by his owner as he met with Councillor Richard Holmes and Alderman Sharon McKillop,

Zadar has completed 10 year of service, the maximum allowed, which saw him work in multiple combat zones and peacekeeping missions across the world.

Trained as an explosives search and force protection dog, Zadar faithfully carried out his duties in Kosovo, Bosnia, Afghanistan and was on loan to the Royal Gibraltar Police Force for five years before his final job in the UK, where he helped to train new recruits coming into the Army.

Now enjoying his retirement on the Causeway Coast, Zadar spends his days enjoying walks on the beach and relaxing with his home comforts.

Paying tribute to his remarkable career, Councillor Holmes said: “It was an honour to welcome Zadar to Cloonavin and hear more from his owner about his incredible years of service.

“Zadar took part in this year’s Remembrance Sunday parade in Coleraine where he quite rightly attracted a lot of interest about his military life from those in attendance.

“It is important that we acknowledge the bravery, dedication and sacrifice of those who serve, and this also applies to those animals who play a valuable role in protecting military personnel and carrying out vital security work for the safety of others.

“Zadar is clearly a very special dog, who shares an inspiring bond with his owner, and I hope he enjoys a very happy, and much deserved, retirement." 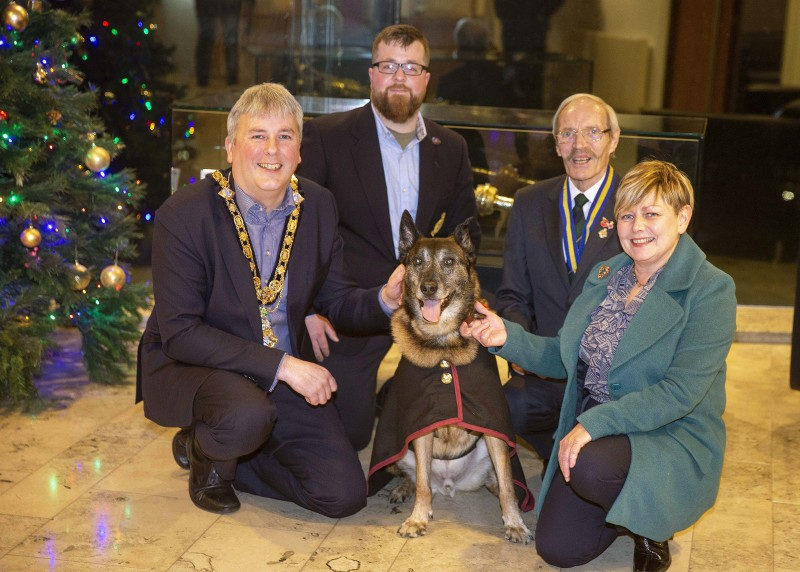 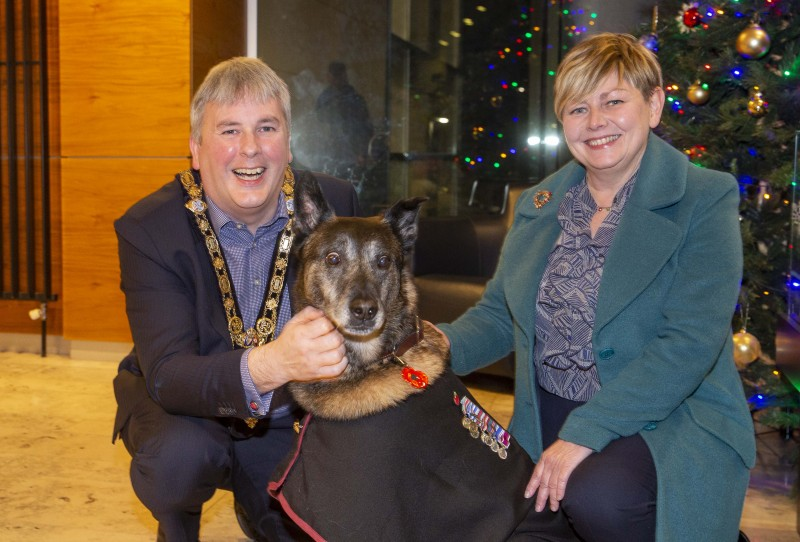 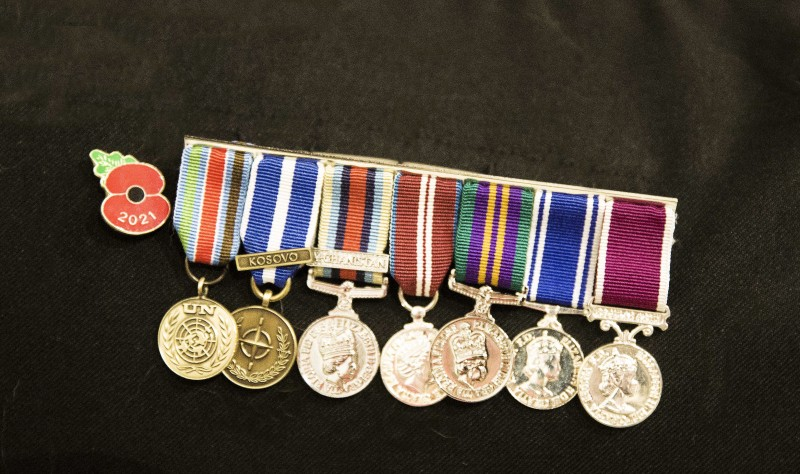