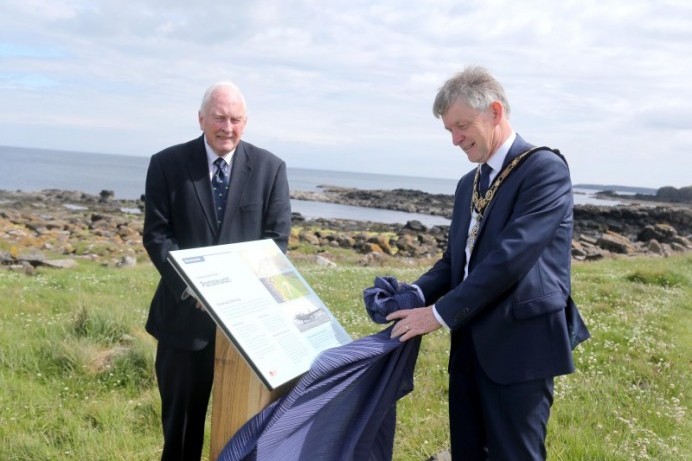 A unique piece of World War II aviation history in Portstewart has been restored thanks to a group of dedicated community volunteers.

The previously hidden large concrete arrow used by bomber crews as a training target indicator is visible once again near Rinagree.

Over the years the arrow had become overgrown and had faded from public view. Now, it is a popular point of interest once again along the Port Path at the edge of Portstewart Old Golf Course.

The Mayor of Causeway Coast and Glens Borough Council Alderman Mark Fielding has helped to unveil a new interpretation panel at the site, preserving the story of the arrow and sharing its significance with a new audience.

Offering his support to those involved, Alderman Fielding said: “The arrow is a fascinating reminder about the role our Borough played during World War II when this stretch of coastline was regularly used for practice by the Royal Air Force.

“Planes would take off from Aghanloo at Limavady and fly at low altitude over Portstewart towards an offshore target, usually a pontoon or marker buoy. On board, they had dummy bombs which they would drop as close as possible to the target.

“The arrow could have been lost forever and we are very grateful to those in the community who worked hard to bring this important piece of our past back to life. Council is pleased to support these efforts by installing this new information panel.   I hope visitors and the local community take the chance to explore this new point of interest along the Causeway Coast Way.”

Easily identifiable from the air when first built, the arrow is 25 metres long and 18 metres wide.  As part of the restoration process, volunteers cleared away extensive amounts of vegetation before placing white stones around its perimeter.

Keen that people could learn more about its significance, Harry Cullen and Cathal Cunning, two of the leading volunteers on the project approached Causeway Coast and Glens Borough Council about providing signage onsite to explains its fascinating story.

Harry said: "Over lockdown I walked the Port Path regularly and was conscious that this piece of living history lay hidden underfoot. This coupled with the 75th anniversary of World War II prompted me to explore the possibility of having the site cleared and its significance highlighted for future generations. I would like to express a special word of thanks to all the volunteers who helped make this happen, these include local greenkeepers, NW200 staff, Portstewart Scout Group and Causeway Coast and Glens Borough Council staff."

The Port Path is a popular local walk and is part of the Causeway Coast Way, a 33 mile / 53 km walking trail that connects Portstewart and Ballycastle. It is part of the much longer Ulster Way, as well as the larger International Appalachian Trail.

The large concrete targeting arrow would originally have been painted white, making it easily identifiable by pilots. The ruins of a small concrete bunker can be seen nearby. This was one of a series of Observation Posts along the coast which were used to monitor the aeroplanes during their bombing runs. Also visible along the shore are large sections of brick pillar and other masonry debris. These are the remains of an Observation Tower which survived until 1972, when it collapsed during a storm. 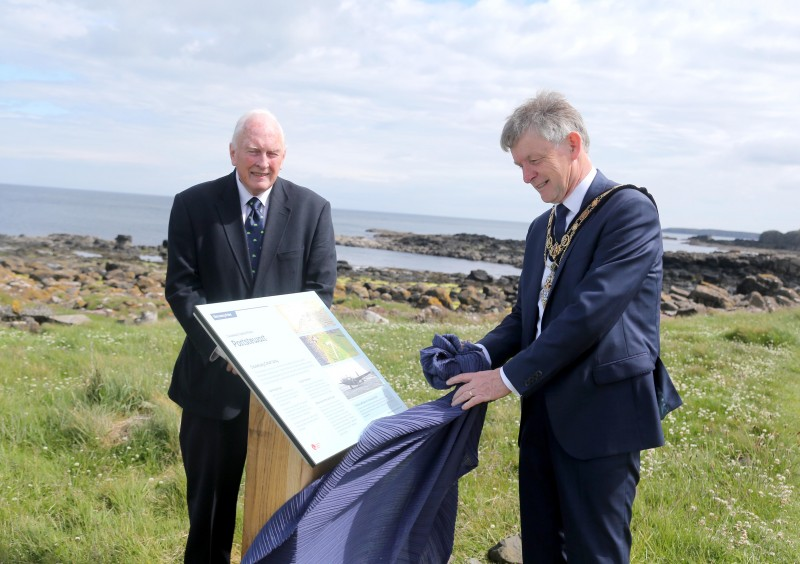 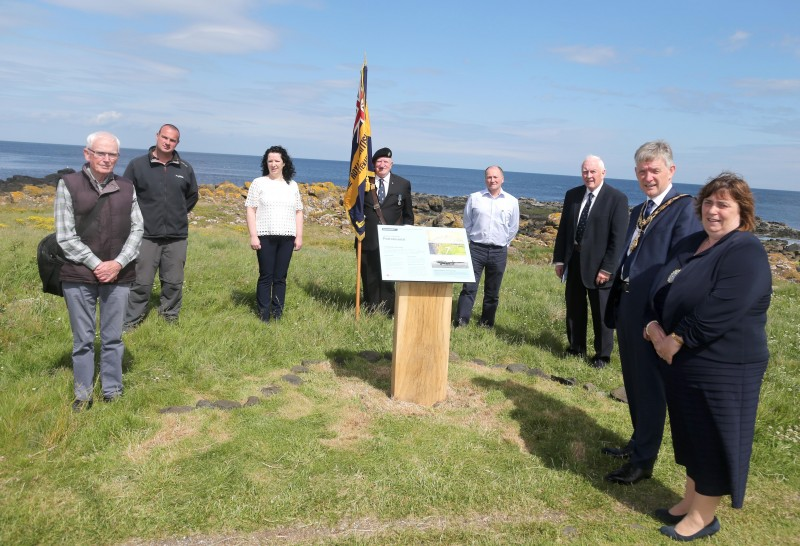 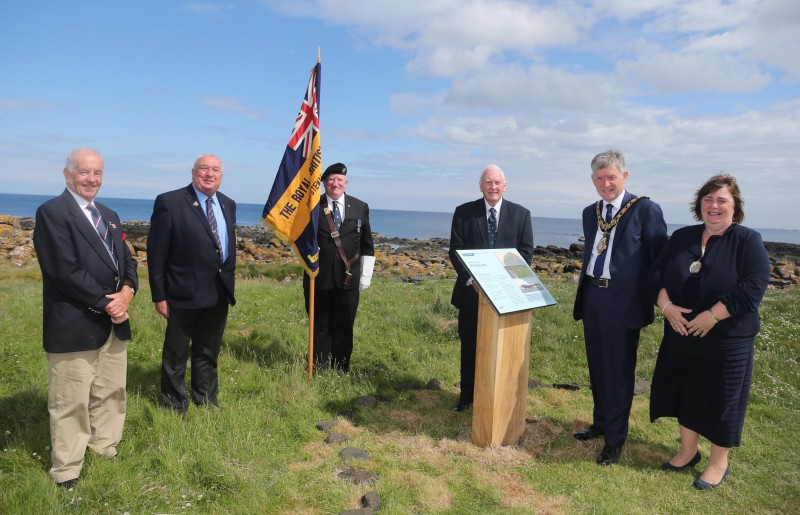 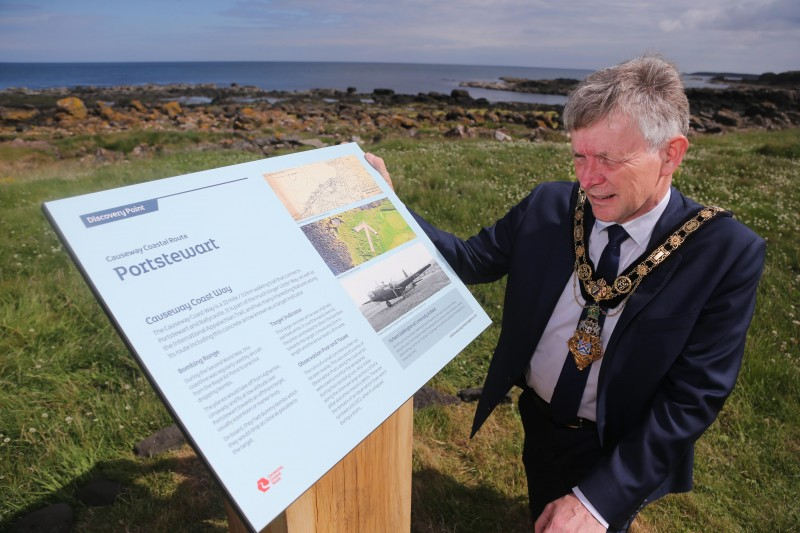 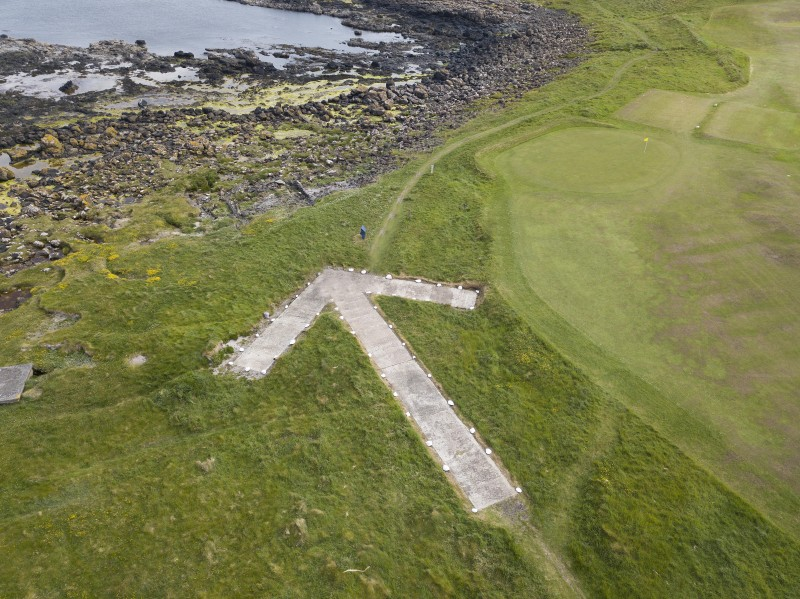 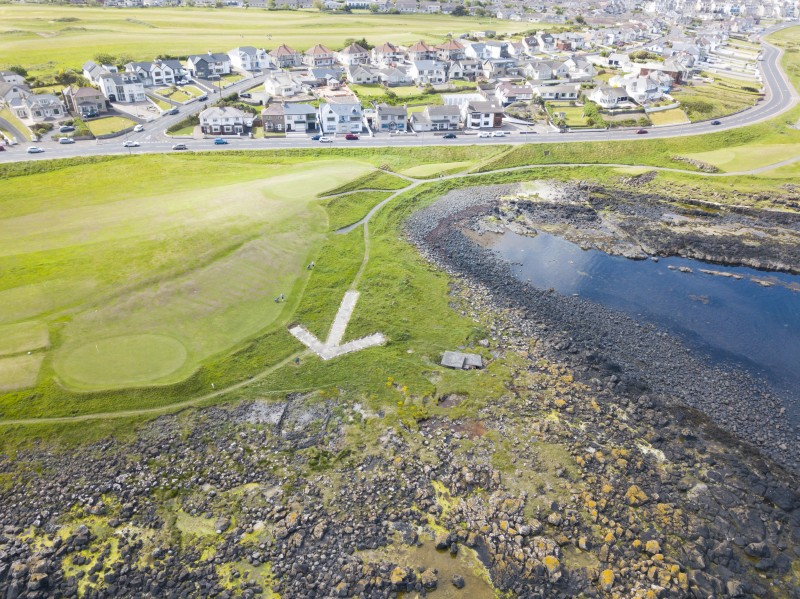