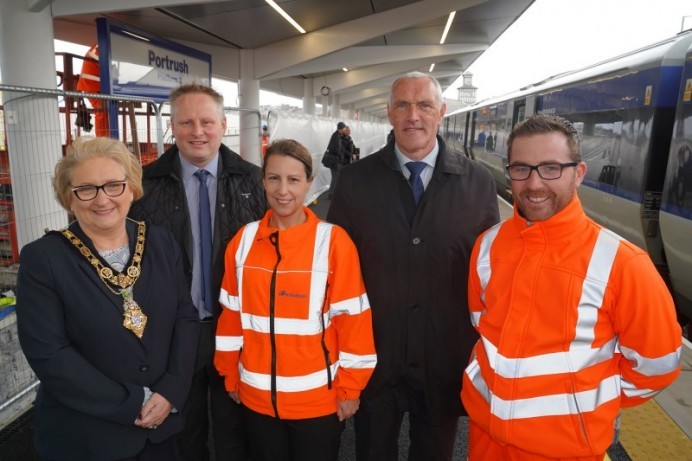 With only nine months to go before the 148th Open is staged at Royal Portrush Golf Club, projects to regenerate the town have reached significant milestones.

A £17million regeneration programme led by the Department for Communities in association with Translink and Causeway Coast and Glens Borough Council, will deliver works to transform the town in the lead up to and beyond the tournament, including a new train station, a major public realm scheme and improvements to shop frontages.

Local representatives and stakeholders were given the opportunity today to see progress at the new train station for themselves as Translink marked the completion of Phase One.

With the public realm scheme over 50% complete and as works to improve shop frontages gets underway, the regeneration programme is making excellent progress.

John Glass, Translink Head of Projects, said: ‘‘We have made good progress on this project, with today marking a key milestone.  We have completed two new platforms on site and removed the existing boundary wall facing Eglinton Street, and are now starting work on the construction of the new station building enhancements, as well as canopy construction and extensions to Platform 1. We will also be removing the boundary wall at Eglinton Street and replacing with creative and welcoming images synonymous with Portrush and the North Coast area.  These images were selected by the public following a consultation process during the summer.

“The contemporary station design is in keeping with the recent public realm enhancements made to revitalise the town centre and when complete passengers will enjoy modern facilities with enhanced passenger information and more cycle storage to encourage active travel and ‘greener’ tourism.  It will also play a key role in our transport plans for the 148th Open next year.”

The Mayor of Causeway Coast and Glens Borough Council Councillor Brenda Chivers said: “We can already see the difference that this investment is making in Portrush – the town is looking brighter and the enhanced public realm reflects its status as Northern Ireland’s premier tourist resort. We would like to thank all businesses, residents and visitors for their understanding while the regeneration work is carried out and collectively we look forward to its completion next year and the far reaching legacy it will create.”

William Cameron from the Department for Communities said: “The success of the Programme so far has been dependent on the excellent working relationships developed between the key stakeholders involved in delivering the different projects.  The public realm work is now over halfway through, work on the shop frontages is getting underway and the progress at the new train station facility is great to see.

“Much remains to be done but the Programme will continue to push the works forward to ensure Portrush is looking its very best ahead of The Open and, importantly, is in a position to be able to maximise the economic benefit that the legacy of The Open will present to the town and the wider area in the years ahead.” 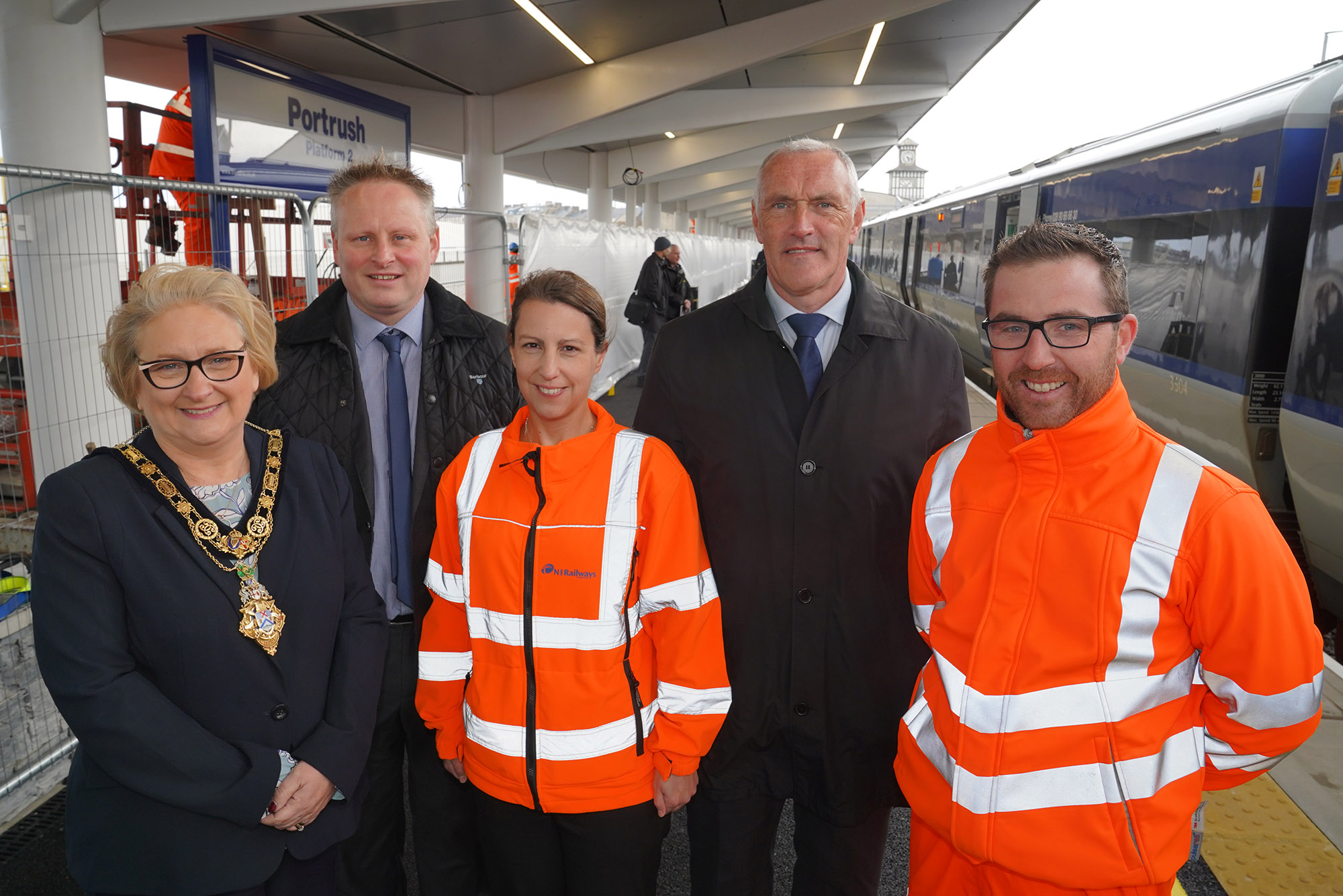 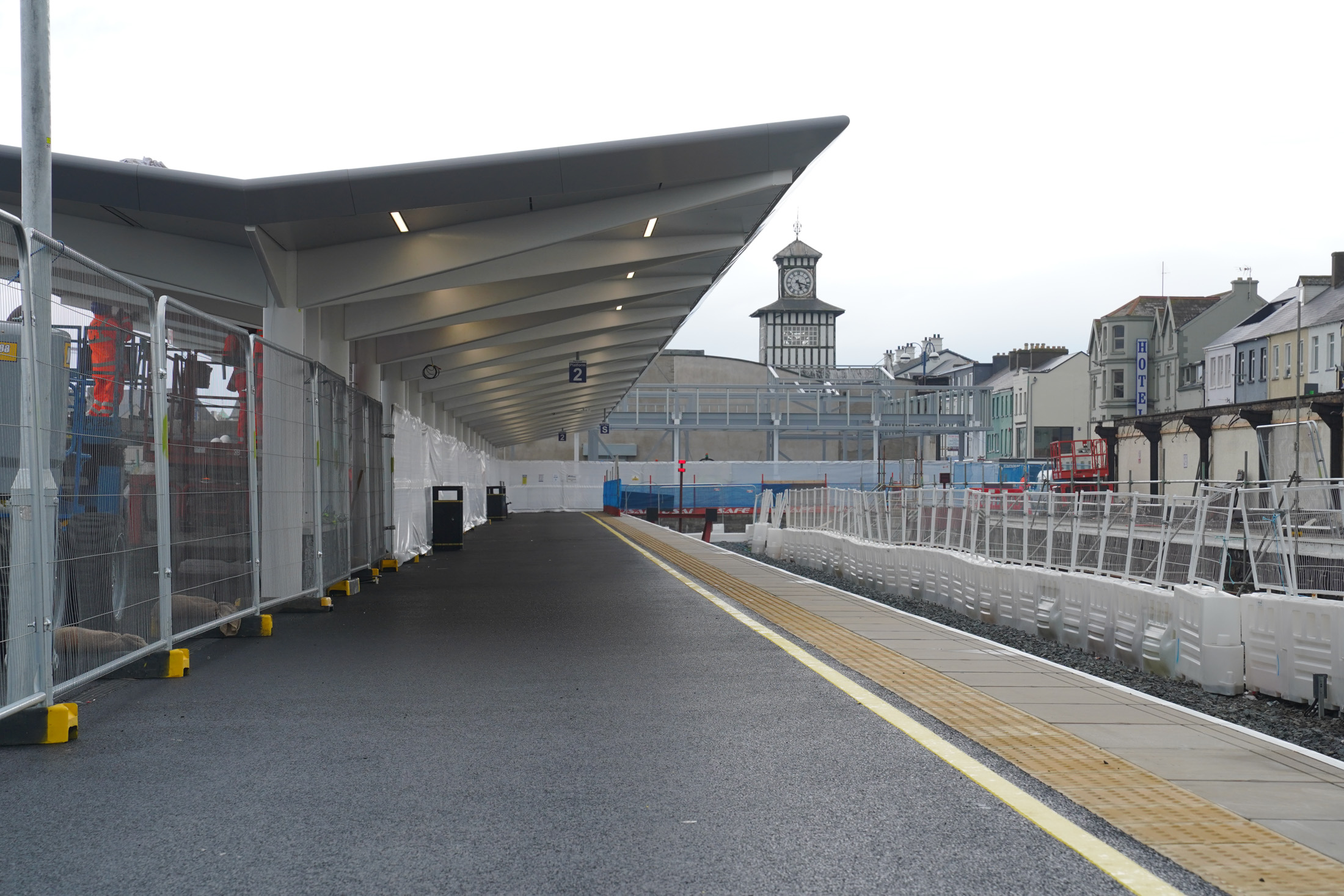 Portrush Train Station has made significant progress ahead of The 148th Open at Royal Portrush Golf Club. 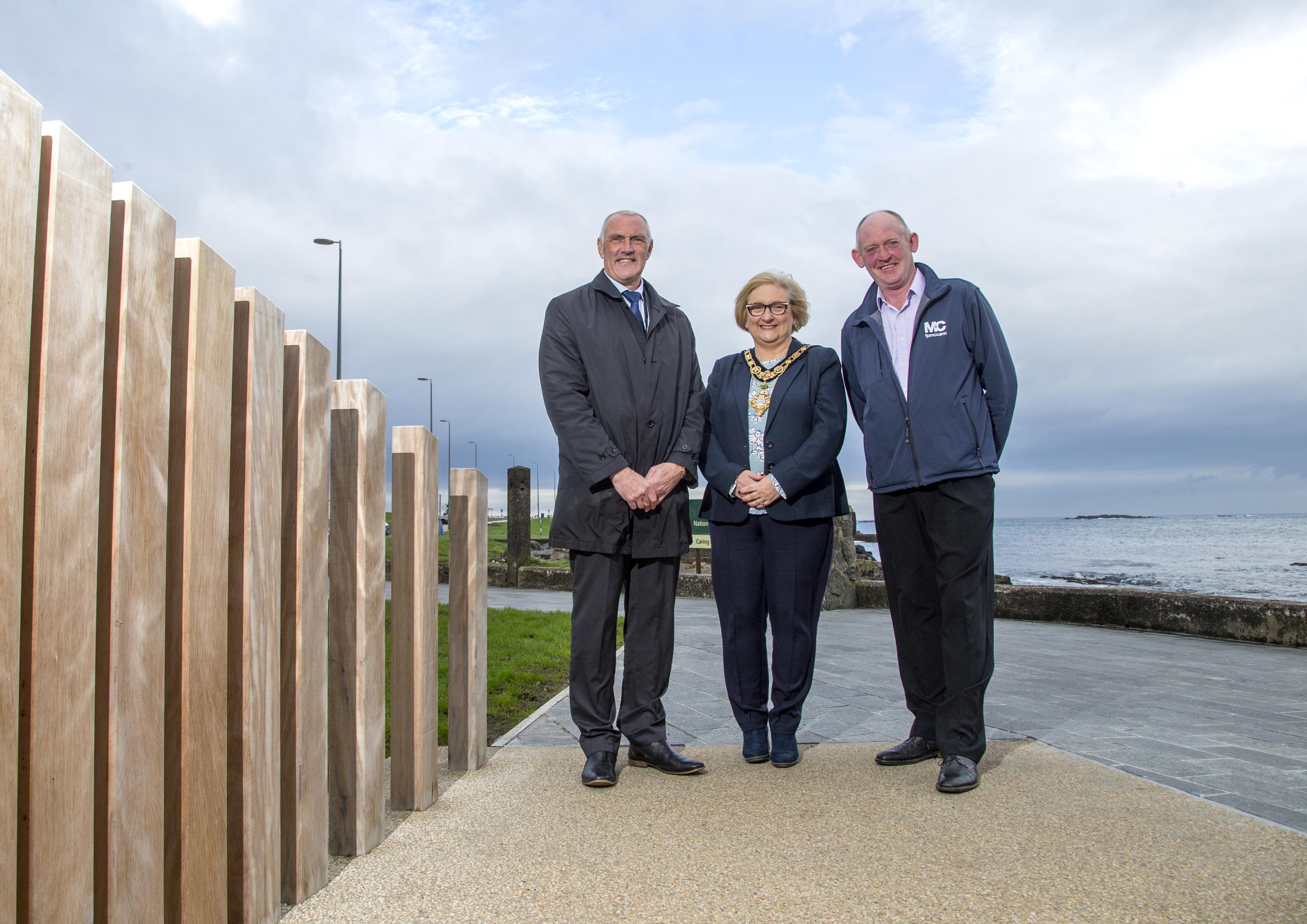 The Mayor of Causeway Coast and Glens Borough Council, Councillor Brenda Chivers pictured with William Cameron from the Department for Communities and Jim Mc Cloy from FP Mc Cann.