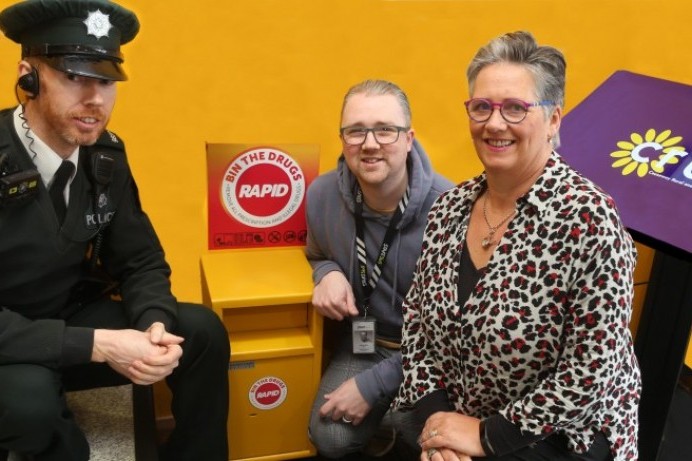 Causeway Coast and Glens Policing and Community Safety Partnership (PCSP) has installed new bins in Coleraine and Limavady as part of a campaign to combat drug use.

The RAPID initiative, (Remove All Prescription and Illegal Drugs), aims to remove prescription and illegal drugs from our streets and ultimately make the Borough a safer place.

The PCSP and the PSNI have collaborated with the Public Health Agency (PHA) and the local Drug and Alcohol Coordination Team (DACT) to work with communities who could benefit from the scheme. The bins will be located at Causeway Rural and Urban Network (CRUN) in Coleraine and Limavady Community Development Initiative (LCDI), with further areas also being explored.

Following a successful pilot, the joint health and community safety project is now being rolled out throughout Northern Ireland in partnership with key statutory, community and voluntary groups.

Since 2010, over 100,000 tablets have been deposited in Belfast RAPID bins alone.  Prescription or over-the-counter medication makes up 90% of the contents but illegal drugs have also been deposited.

For more information or to express an interest in locating a bin in your area go to www.drugsandalcoholni.info/RAPID 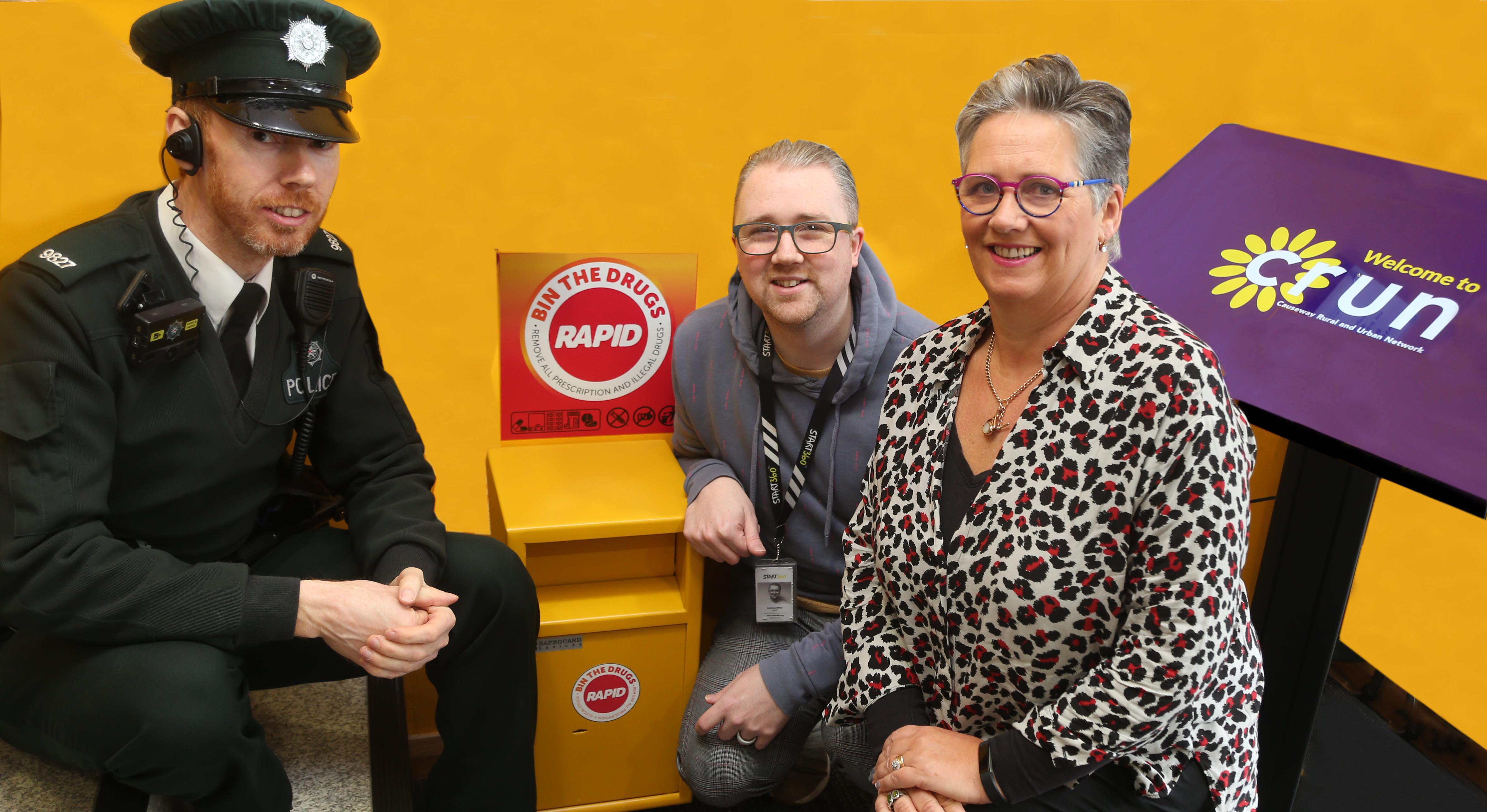 PSNI Constable James Mullan, Andrew Miller from Start 360 and Ann McNickle from Causeway Rural and Urban Network (CRUN) pictured with the newly installed RAPID Bin which aims to remove prescription and illegal drugs from our streets and ultimately make the Borough a safer place.