A public service will take place on Sunday 12th June 2022 to mark the 49th anniversary of the Coleraine bomb.

This follows the recent installation of a commemorative stone on Railway Road to remember those killed, injured, and affected by the atrocity in 1973.

The service will take place outside Coleraine Leisure Centre at 3pm, close to where the car bomb exploded and the site of the new memorial.

It will be led by the Mayor of Causeway Coast and Glens Borough Council, Councillor Ivor Wallace, and Reverend Donard Collins, Chairman of Coleraine Ministers’ Council.

The stone marks the conclusion of the first stage of a larger initiative, which includes a sculpture at Coleraine Town Hall and an oral history project.

Last week, those who contributed to the project gathered at Railway Road to see the memorial in situ for the first time.

The Mayor said: “This installation marks a significant step forward for all of those who have engaged in this process. With the anniversary of the bomb taking place on Sunday, it is timely for us to publicly reflect on what happened in Coleraine 49 years ago.

“I would like to offer my gratitude to Reverend Donard Collins of Killowen Parish Church who will lead us in prayerful remembrance on Sunday as we prepare to formally dedicate this new stone.

“I also want to thank all of those who have worked with us throughout this process, particularly those directly affected by the bomb and the bereaved family members. I wholly appreciate that this has been a complex and emotive experience, but I hope those involved can take some comfort from seeing this permanent memorial now in place at Railway Road.

“Members of the public are invited to attend the service on Sunday, and I am pleased to afford the wider community this opportunity to come together to show our support and respect.

“Work will continue to progress the sculpture at Coleraine Town Hall, with the overall project due for completion in line with the 50th anniversary of the bomb next year.” 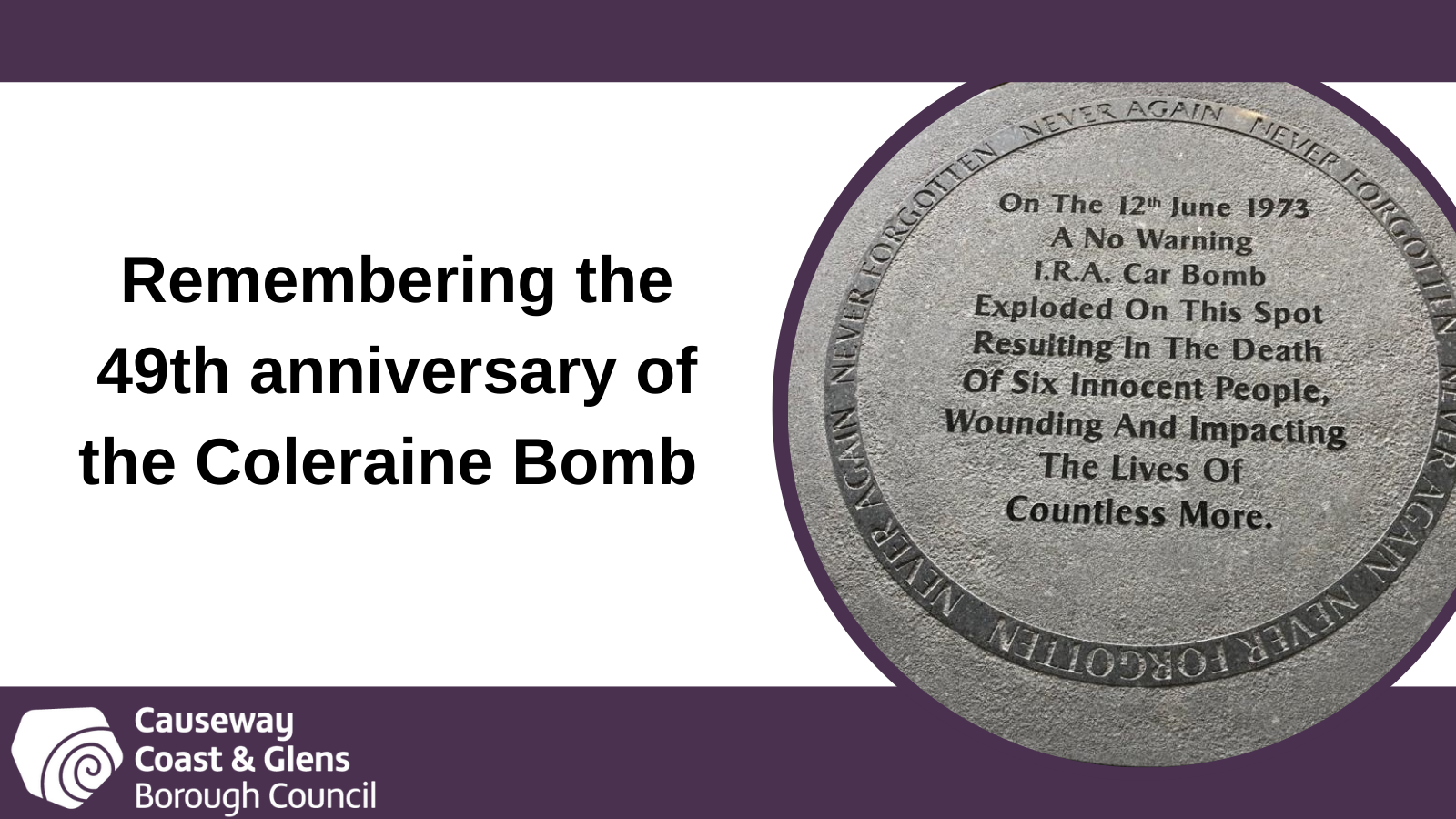