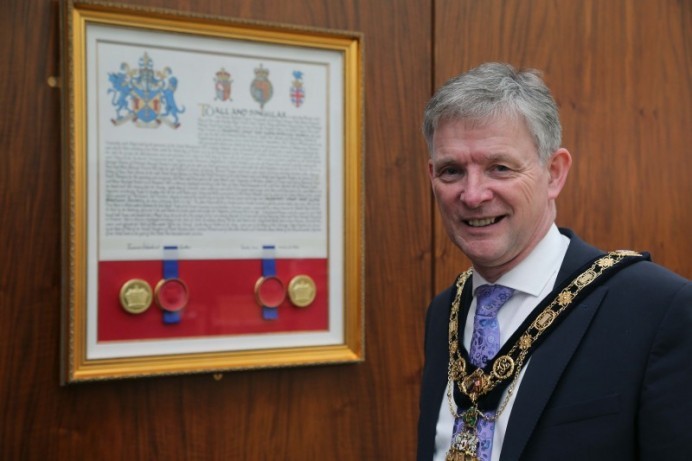 Causeway Coast and Glens Borough Council has received its Letters Patent from the Royal College of Arms in London, officially granting the Borough's Coat of Arms.

With a design which captures the history and culture of Causeway Coast and Glens along with the Latin motto, Integerrime Servire (Service with Integrity), it marks a significant civic milestone for the Council.

The Mayor of Causeway Coast and Glens Borough Council, Alderman Mark Fielding, said: “It’s an honour for me to accept the Letters Patent which provides Council with an official mark for all civic, ceremonial and legal occasions.”

“Causeway Coast and Glens Borough Council was created by the merger of four legacy authorities, and the crest’s detail and intricacy helps to tell the story of the Borough, reflecting its rich history and heritage.”

The design includes a number of different elements centred on a blue and gold shield which evokes sea and sky, beaches, dunes, fields of golden wheat, distillery and the famous Broighter hoard.

Wheatsheaves represent agriculture, the harvest and prosperity, while anchors bring to mind the Borough’s ports and harbour and act as a symbol of hope and of security.

The design also references the World Heritage Site of the Giant’s Causeway and Altnahinch Dam while additional blue and white colours are a subtle celebration of Scottish connections.

The area's historic links to London are depicted through a dragon, which is balanced with the inclusion of an Irish Wolfhound. These are used as ‘’supporters’ in the design, and this element of distinction is only granted to local authorities of borough status.

The framed Letters Patent is now on permanent display in the Council Chamber at Cloonavin.

You can find out more on our website at www.causewaycoastandglens.gov.uk/council/causeway-coast-and-glens-borough-council-crest. 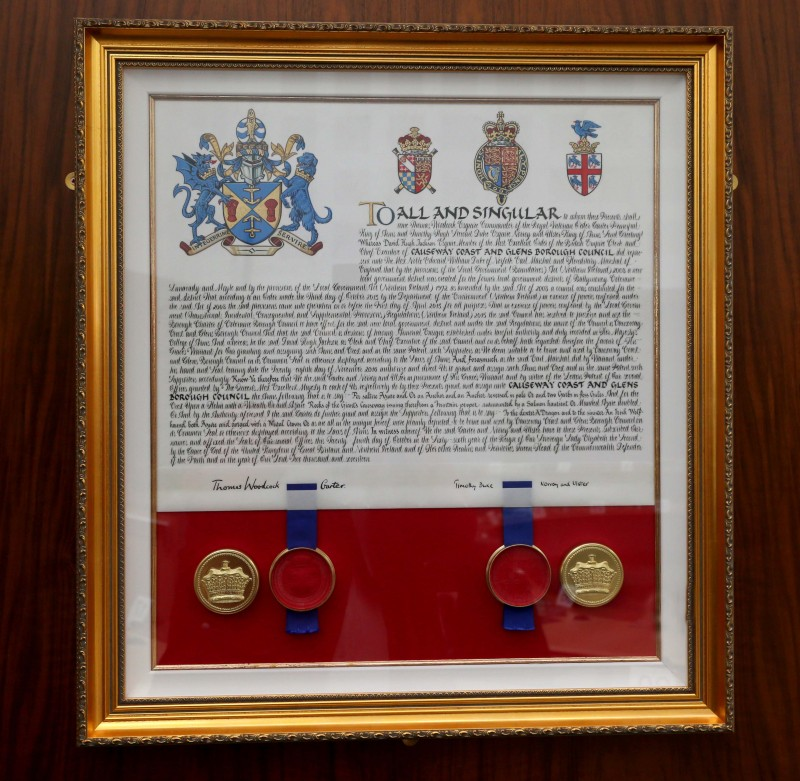 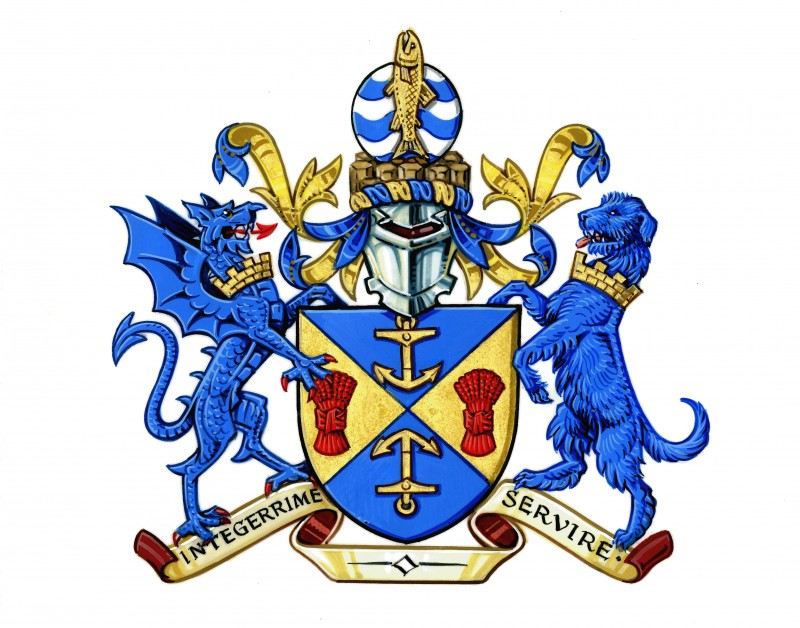