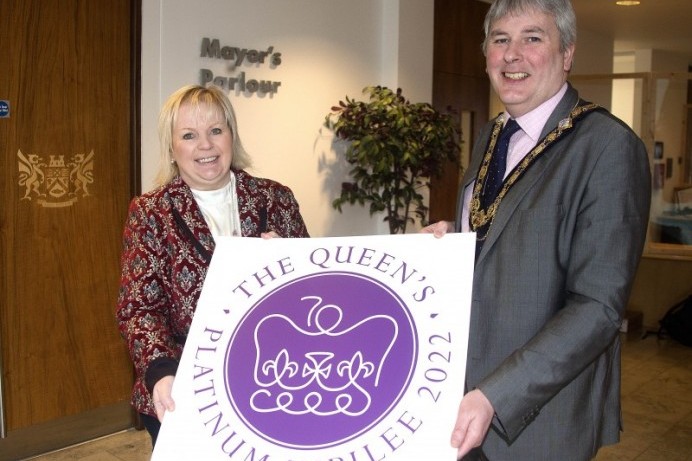 Causeway Coast and Glens Borough Council has announced plans to light a series of beacons for The Queen’s Platinum Jubilee on Thursday 2nd June 2022.

The beacons will be lit in Ballycastle, Ballymoney, Coleraine and Limavady, joining thousands of others across the UK and the Commonwealth as part of the official programme announced by Buckingham Palace for the Jubilee Weekend.

“Council has developed wide-ranging events and initiatives to mark this unique milestone in history as the Queen celebrates her 70-year reign.

“The beacon lighting ceremonies will be a special part of this, and I’m very pleased to see our Borough participating in this symbolic gesture involving the whole of the UK and the wider Commonwealth.

“I would like to invite the local community to join us and be a part of this tribute as we shine a light on Her Majesty’s lifetime of dedicated public service.”

In all four locations, the beacons will be lit at 9.45pm, with specific details for each town listed below:

Coleraine – The Diamond with entertainment by the Coleraine Community Choir from 9pm.

Limavady – Drumceatt Square with entertainment from the Roe Valley Singers from 9pm. 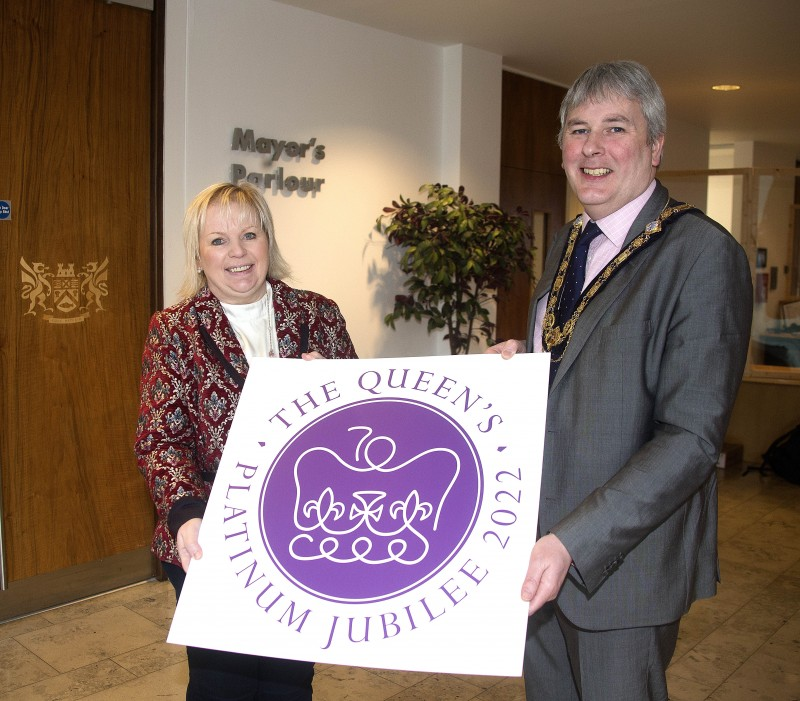 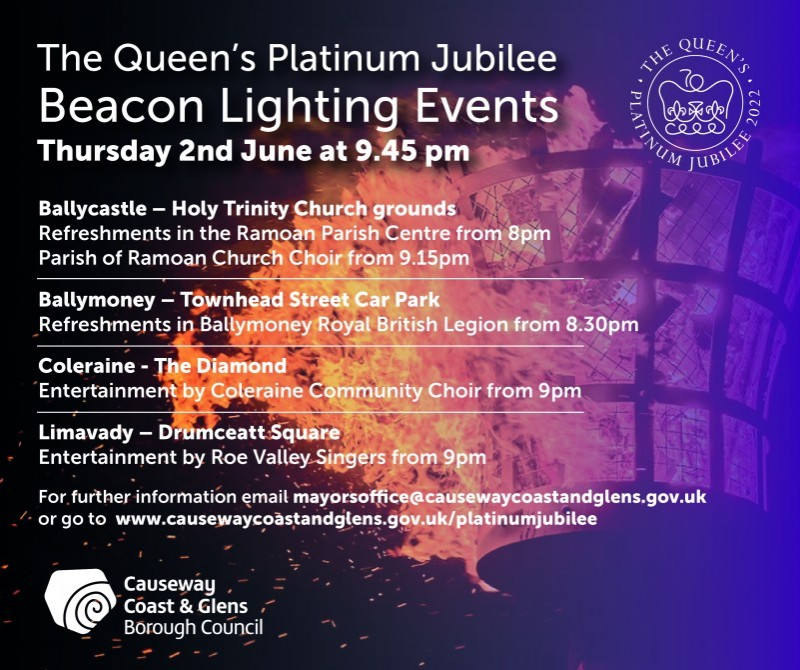