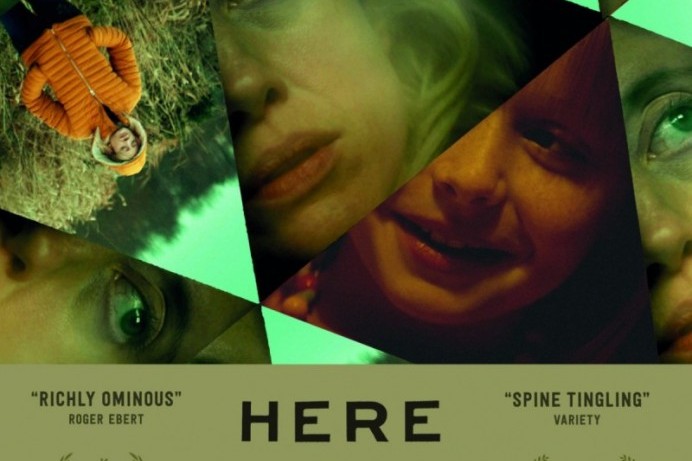 NI based film ‘Here Before’ on screen in Limavady and Portstewart

Roe Valley Arts and Cultural Centre and Flowerfield Arts Centre continue their partnership with FilmHub NI with screenings of the NI based thriller, Here Before.

The debut feature film by Belfast writer and director Stacey Gregg will tour Northern Ireland in May and June as part of Film Hub NI’s Collective programme which brings local films to local places. This tense psychological thriller, which was written and directed by Stacey Gregg and filmed in Northern Ireland, tells the haunting story of a mother’s love. Laura (Andrea Riseborough) becomes obsessed by Megan (Niamh Doran) a little girl who moves in next door, believing Megan is her reincarnated child Josie who died several years ago.

It also stars Jonjo O’Neill as Brendan, Laura’s husband, Lewis McAskie as her son Tadgh and Eileen O’Higgins and Martin McCann as the new next door neighbours, Marie and Chris.

Stacey Gregg was born in Dundonald, East Belfast. Her credits include Here Before (2021), The Innocents (2018) and Mercy (2018). She is currently directing a block of The Baby for HBO and in development for a second feature with BBC film.

She says: “It’s such a pleasure to share the film with audiences across Northern Ireland and I’m delighted Film Hub will be presenting Here Before. There’s nothing quite like working with our own immensely talented cast and crew, seeing our landscape and hearing our voices on screen. Looking forward to meeting audiences all over and getting to enjoy cinema together.”

Sara Gunn-Smith Marketing and Audiences Officer for Film Hub NI says: ‘Following on from our recent successful tours of Nowhere Special and Wildfire, we continue our role of bringing amazing local films to audiences right across Northern Ireland with the tense thriller Here Before. With an excellent cast of local actors, alongside the pitch perfect performance from Andrea Riseborough, the film will have you on the edge of your seat.’

Here Before will be screened at Roe Valley Arts and Cultural Centre on Thursday 12th May at 7pm.Tickets cost £7.  You can book for this screening online here or by calling 028 7776 0650. 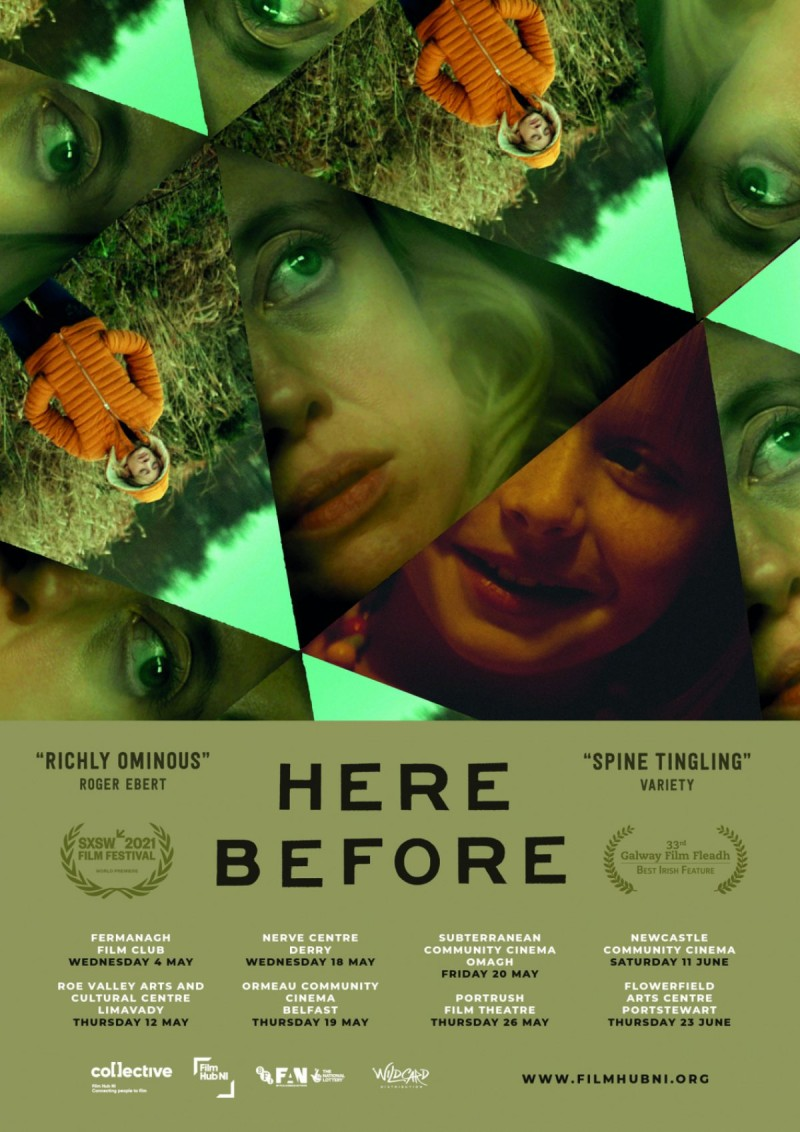