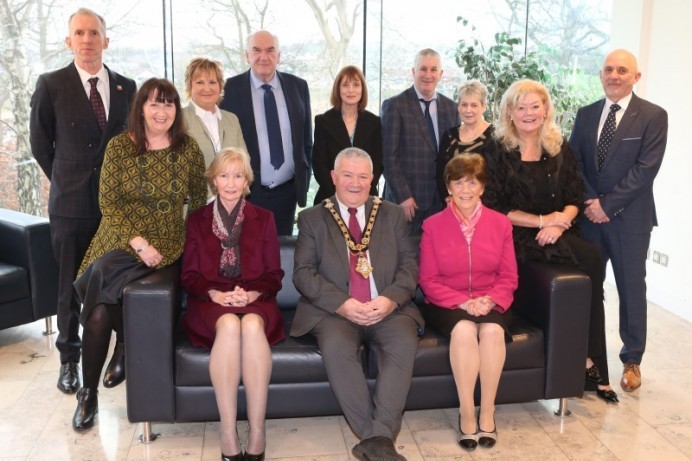 The Mayor of Causeway Coast and Glens Borough Council has hosted a special reception to congratulate local recipients included in the New Year’s Honours list.

Sean McCarry, Community Rescue Service Regional Commander, was appointed an OBE (Officer of the Order of the British Empire) for services to the community in Northern Ireland.

The Mayor, Councillor Richard Holmes, said: “I was very pleased to have this opportunity to offer my personal congratulations to some of our citizens who were selected to receive a New Year Honour from HM The Queen earlier this year.

“We are very fortunate to have people like this as ambassadors for our area, making an invaluable contribution to the wider community in our Borough and beyond through their service and achievements."