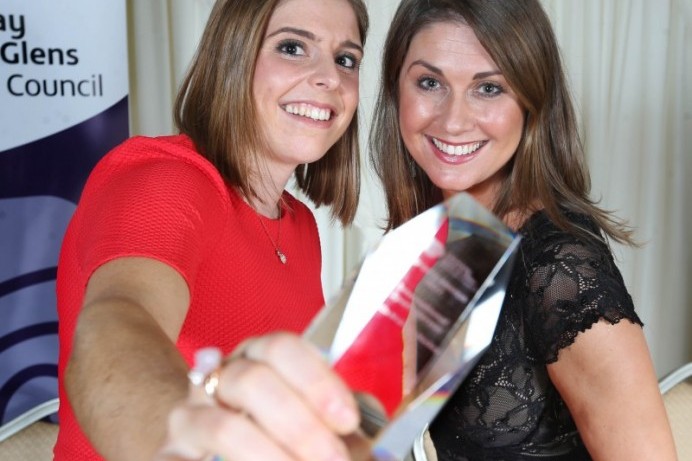 New lease of life for the Sam Henry collection

The Sam Henry collection is the inspiration behind a new project from Coleraine Museum.

It has received a grant from the Esmee Fairbairn Collections Fund administrated by the Museums Association which will be used to create an interactive travelling exhibition based on his unique library of papers, photographs and artefacts.

For those who may not know, Sam Henry is best known as a folklorist, who had a real love of people which motivated much of his work.

Born in Coleraine, he was an energetic member of the community both locally and beyond.

Between 1923 and 1938 he wrote a ‘Songs of the People’ series in the Northern Constitution. It is widely regarded as the largest and most comprehensive collection of folk-songs from Northern Ireland assembled between the two World Wars (1923-1939).

His work as a customs and pensions officer took him all over Northern Ireland, allowing him to meet many of the elderly people who lived in North Antrim, an experience which had a profound effect on him.

He wrote: “In my contact with the old, who have all now passed away, I had the rare privilege of sharing their folk lore and their old songs.”

His genuine interest in people is clear throughout his collection of papers, photographs and artefacts, which was generously donated to Coleraine Museum by the Craig family.

Estimated at 11,000 items altogether, it is recognised as being of local, regional and national importance.

Speaking about the collection and the upcoming new project, the Mayor of Causeway Coast and Glens Borough Council, Alderman Maura Hickey said: “The items held within the Sam Collection are an exciting and tangible link to our past. In this era of modern technology and digital communication, his songs, photographs and articles are important connections to a different way of life.

“I would like to express my thanks to the funders, who have ensured that this material can now be accessed by a new audience. I would encourage our local communities to get involved, and I hope that generations to come will have even more material to draw on.”

A large part of the Sam Henry collection relates to the ‘Songs of the People’ series.

It includes over 850 songs collected from people across Northern Ireland, and as Sarah Carson, Collections Access Officer explains, it is one of a kind: “The collection of Irish songs translated into English exceeds any other relating to the period of time between the two World Wars. The series published the music along with the lyrics, and the collection includes handwritten copies, printers’ proofs, correspondence and photographs of contributors. Sam was a remarkable man and I have every confidence that his treasures will spark the imagination.”

The collection also includes a large number of photographs which captures people and places from across the Causeway area and beyond, and radio scripts from Sam’s time as a broadcaster for the BBC and Radío Éireann in the mid-1920s to the mid-1940s 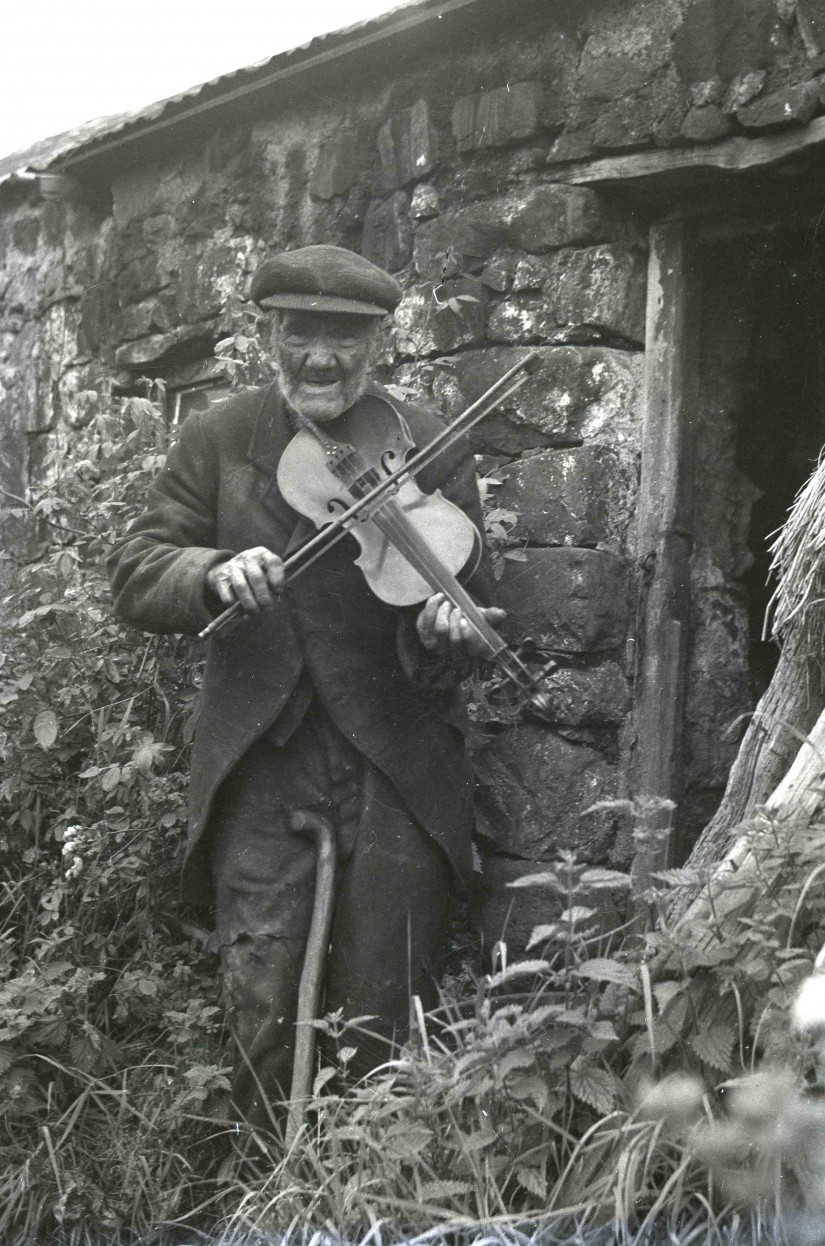 The Fiddler of Croaghan, Tom Black, outside his home. In an article Sam wrote of Tom, “In his drab cottage with no aesthetic furnishings there is one article that is kept with loving care – his fiddle -… which a friend sent him from America. Tom had kept lovers’ toes whirling to its dance melodies seventy years ago and plaid and plaid until the first finger of his left hand is warped and bends no more… he plaid me a tune and with marvellous memory and repeated every line of a song of the first steamship that ran between Belfast and Glasgow (about 1812).”

Sam Henry:  ‘Connecting with the past, collecting for the future’

Coleraine Museum has received a grant of £77,150 from the Esmee Fairbairn Collection Fund, administered by the Museums Association, to inspire engagement with the Sam Henry collection.

The funding will allow greater access and use of the remarkable items it contains.

Throughout the project, the collection will be documented and the information uploaded to the NI Archive (www.niarchive.org/coleraine/).

The collection will also be taken to the local communities from which Sam gathered many of his songs and stories.

With the help of people from across the Borough, it is hoped that a new museum collection can be started which records and celebrates today’s culture across the Causeway Coast and Glens area.

From workshops to exhibitions, taster sessions to digital trails, there will be lots to get involved with!

Who was Sam Henry?

Sam Henry was elected to the Belfast Naturalists Field Club in 1907. He was a Fellow of the Royal Society of Antiquarians, President at a time of the Route’s Naturalist Field Club, Chairman of the Coleraine Music Festival Association, founder member of the New Row YMCA, a Sunday School Teacher, Elder of New Row Presbyterian Church, Boys’ Brigade Officer, member of and later President of the Coleraine Rotary Club, a Councillor (1939 – 1942), and a member of the Ulster Tourist Board. He belonged to a prominent Coleraine family and was the youngest of five sons. His brother William was town clerk of Coleraine, Robert was a principal of the Model School, James was Vice Principal of The Honourable The Irish Society’s Primary School, while Tom was a Civil Servant.

He shared his interest in such things as folklore, folk music, genealogy, poetry, bird watching, archaeology and photography through his published newspaper articles, books and radio broadcasts. He lectured across Northern Ireland, bringing along his lantern slides to illustrate and his fiddle or tin whistle to entertain his audience. 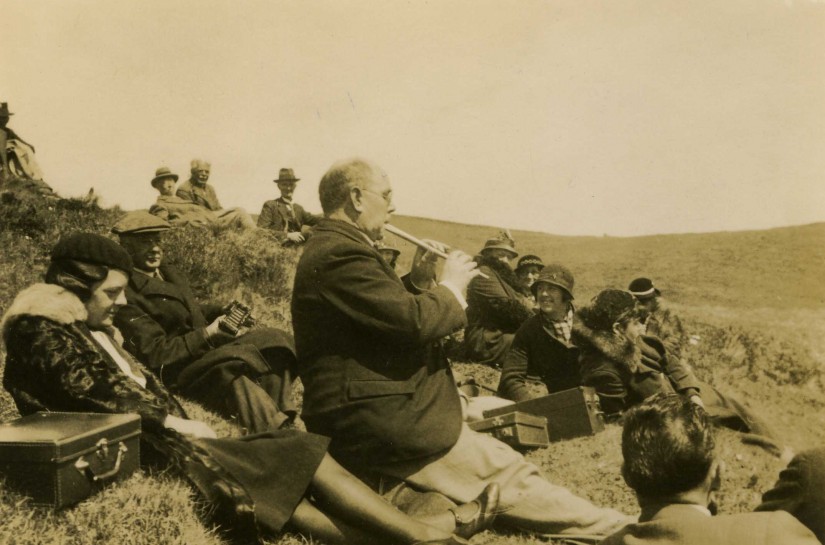 Dates for your diary

To find out more about the collection and how to get involved in this exciting project, please come along to one of our taster sessions.

They will take place on Tuesday 21st February in Cushendall Golf Club and Wednesday 22nd February in Garvagh Community Building. Both events begin at 7.30pm. 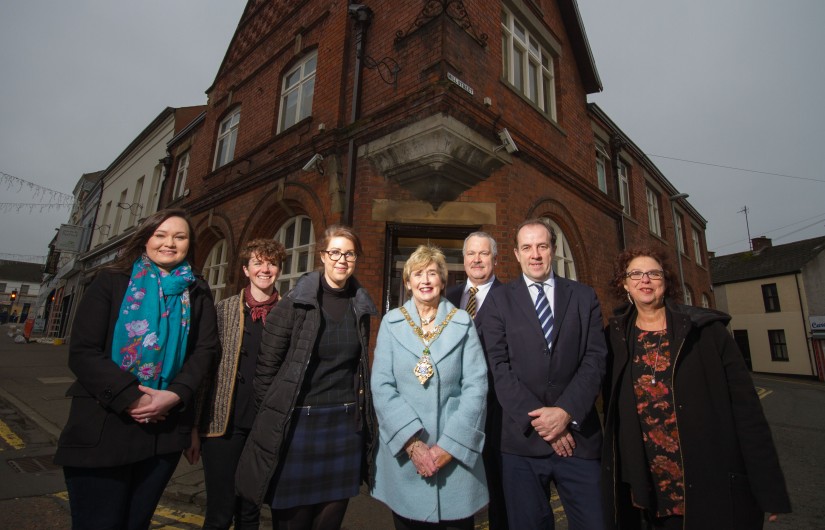