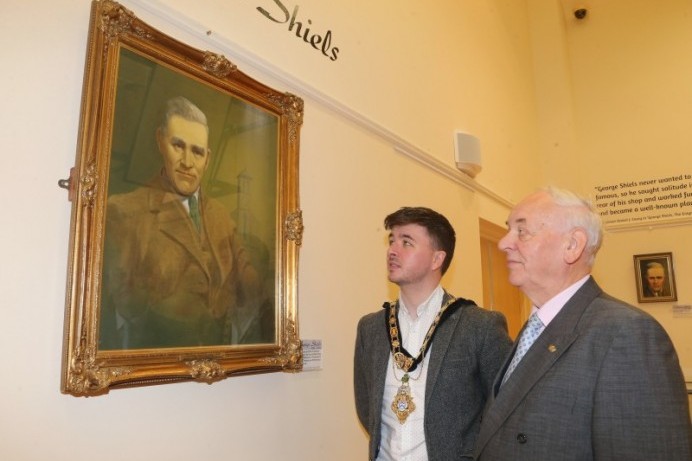 A new exhibition celebrating the life of local playwright George Shiels has opened in Ballymoney Museum.

The ‘George Shiels- A Distinguished Irish Playwright’ collection commemorates the 70th anniversary of his death.

Shiels (1881-1949) was one of the most popular Irish playwrights of the early 20th century. He achieved great success writing for the Abbey Theatre in Dublin where in 1940, one of his most famous works, The Rugged Path, was seen by a record 40,000 people over a 3 month period.

Born in Ballybrakes, Ballymoney and educated at the National School in Castle Street, Shiels followed his brothers and emigrated to North America in 1903. As a casual labourer he worked in many different jobs until he was seriously injured working for the Canadian Pacific Railway Company (CPRC) in 1904. Shiels

underwent surgery in a Canadian hospital and whilst there read his first book, Jane Austen’s ‘Pride and Prejudice’ which was to spark his enthusiasm for literature and writing which stayed with him for the rest of his life.

This accident left Shiels disabled and he spent the rest of his life in a wheelchair. After returning to Ballymoney in 1908, he opened a travel and shipping agency on Main Street. As he recovered from his injuries he enrolled in a correspondence school - The Pelman School of the Mind, studying English Literature. He began writing ‘Route Jottings’ for the Coleraine Chronicle & Constitution, popular poems, short fictions and character sketches before turning to plays. George moved to Carnlough and continued to write acclaimed plays until his death on September 19th 1949. He was buried in the family plot in the graveyard of the Church of our Lady and St. Patrick in Ballymoney.

Commemorating the 70th anniversary of his death, the exhibition includes objects from Ballymoney Museum's Collection, the recently acquired Alex Blair collection, the Shiels collection on loan from the Ulster University library, Coleraine Campus as well as the original George Shiels portrait painted by Jack Wilkinson, on loan from the Abbey Theatre.

Causeway Coast and Glens Borough Council Museum Services would like to thank the Ulster University library, Coleraine campus and The Abbey Theatre, Dublin for their contribution to this exhibition.

Admission to the exhibition is free.

To find out more about Causeway Coast and Glens Borough Council Museum Services, pick up a ‘What’s On’ brochure at one of our venues, contact Ballymoney Museum on 028 2766 0230 or email cms@causewaycoastandglens.gov.uk. 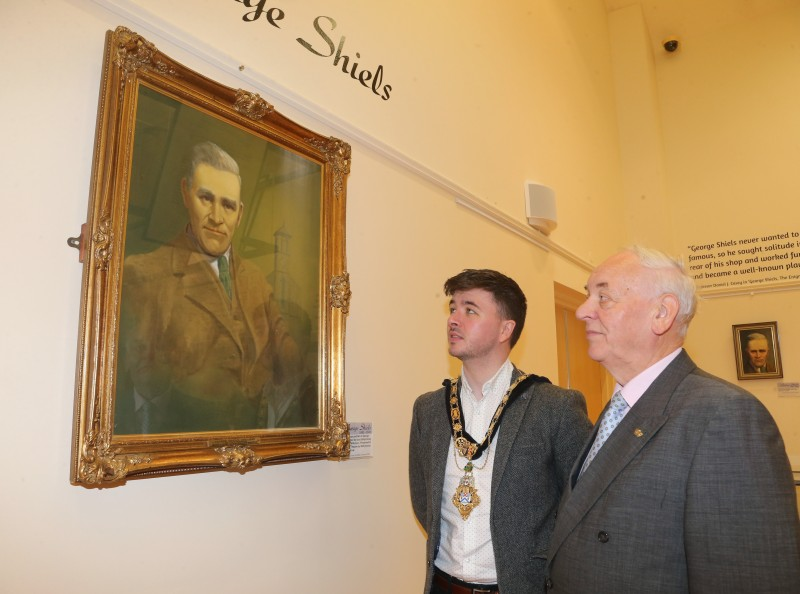 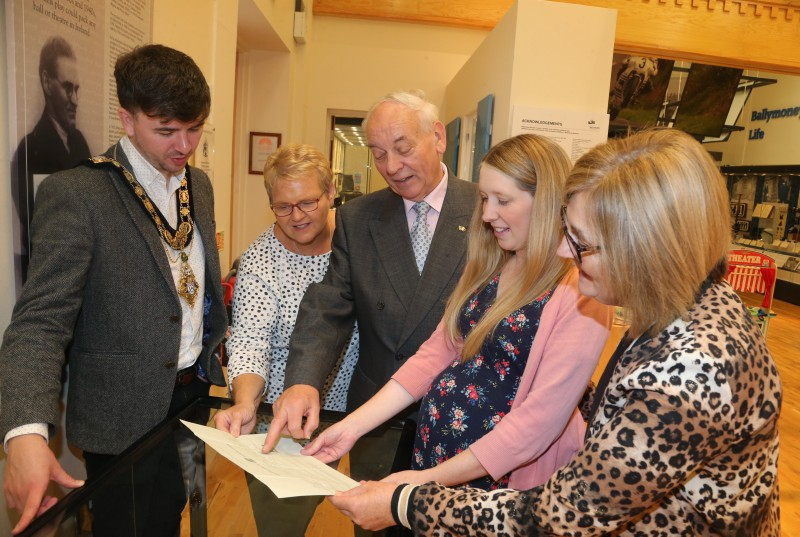 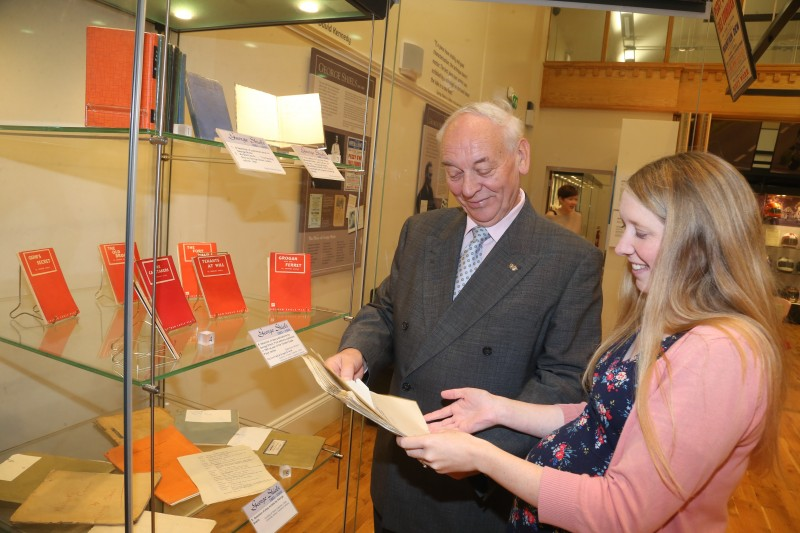 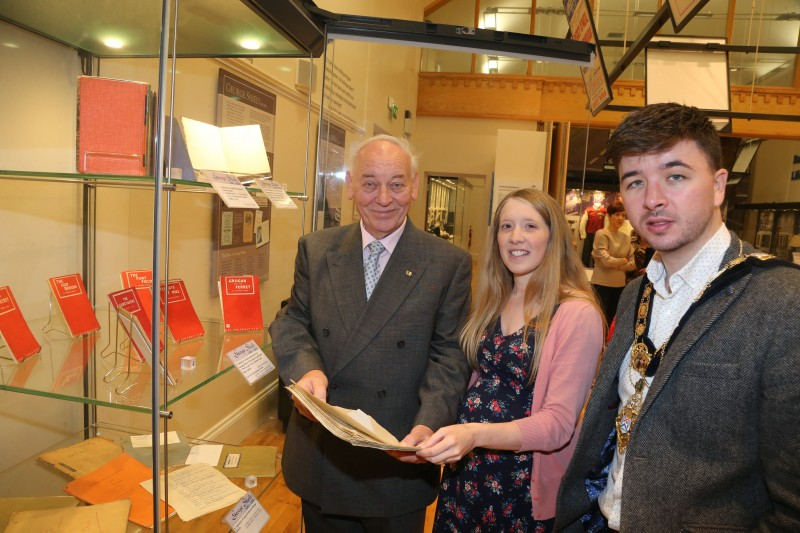 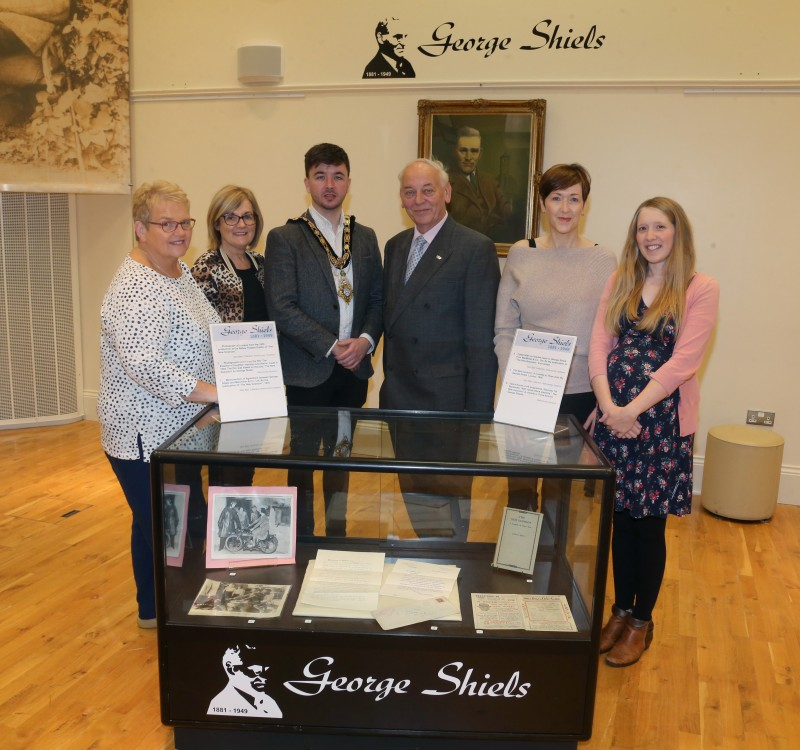