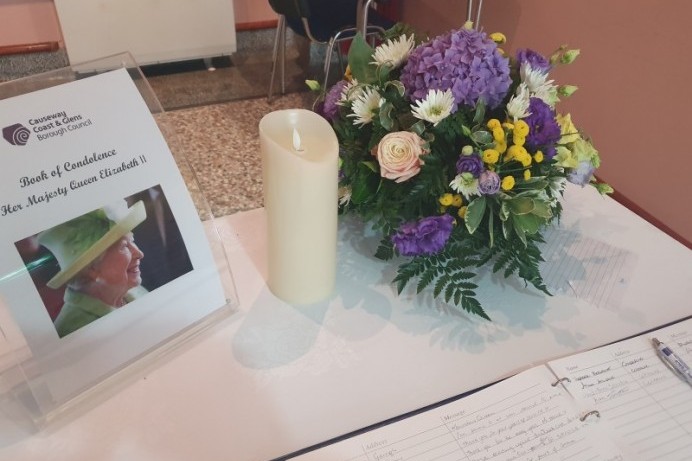 A big screen will be put in place in Coleraine outside the Town Hall to allow the public to come together following the death of HM The Queen.

It will broadcast the National Moment of Reflection, which takes place at 8pm on Sunday 18th September, to mourn the passing of Queen Elizabeth II and reflect on her life and legacy.

On Monday 19th September, it will show the state funeral from Westminster Abbey at 11am.

Members of the public can watch the build up to the event from 8am, with the broadcast expected to end at 6pm.