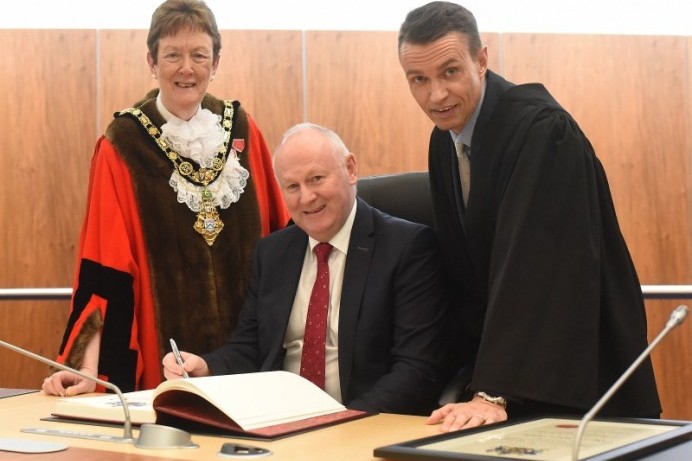 Mervyn Whyte MBE granted the Freedom of the Borough

The Freedom of the Borough has been conferred on Mervyn Whyte MBE in recognition of his services to the North West 200.

He received the prestigious accolade from Causeway Coast and Glens Borough Council at a ceremony held in its headquarters in Coleraine today (Friday 2nd February).  The honour also recognises his contribution to motorsport across Northern Ireland.

The Limavady man has been involved with the North West 200 for 45 years. Under his guidance and direction, it has become Ireland’s biggest outdoor sporting attraction with visitor numbers in excess of 180,000.

The Mayor of Causeway Coast and Glens Borough Council, Councillor Joan Baird OBE, presided over the special meeting where the honour was conferred. Speaking afterwards she said Mervyn’s dedication and passion meant he was a truly worthy recipient: “It was a huge honour for me to present Mervyn with the Freedom of the Borough. As the highest distinction which a Council can grant it affords the opportunity to express civic recognition of his lifelong commitment to road racing. The North West 200 is a hugely important event for our Borough. It has grown in to a week-long festival which attracts huge visitor numbers and showcases the area to a global audience. I was delighted to have this opportunity to share this occasion with Mervyn and his family and I have no doubt he will continue to be an outstanding ambassador for the area.”

Mervyn Whyte was born and raised on the family farm at Edenmore, just outside Limavady.

He spent over thirty years working for Dupont, succeeding in various management roles at their Maydown plants before spending time in New Orleans and Kentucky.

In 2006, he received an MBE in the Queen’s New Year Honours for services to motorcycle racing in Northern Ireland. 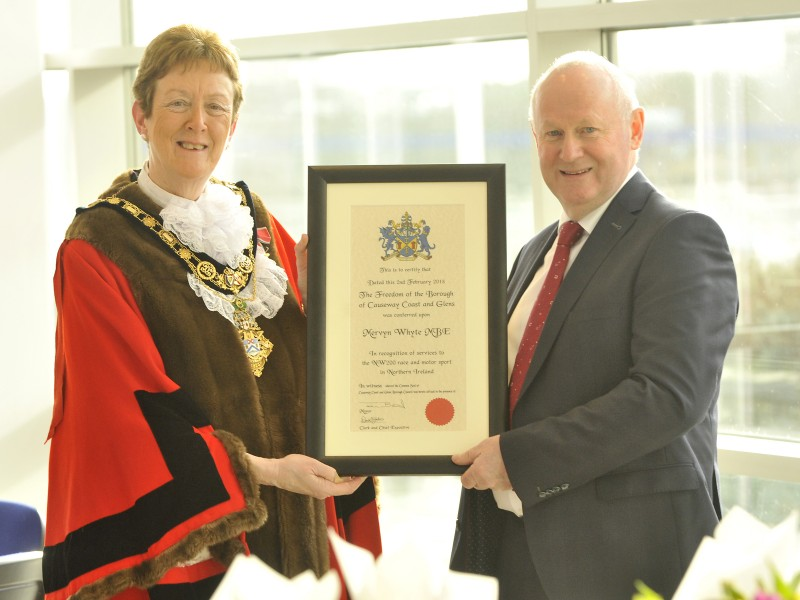 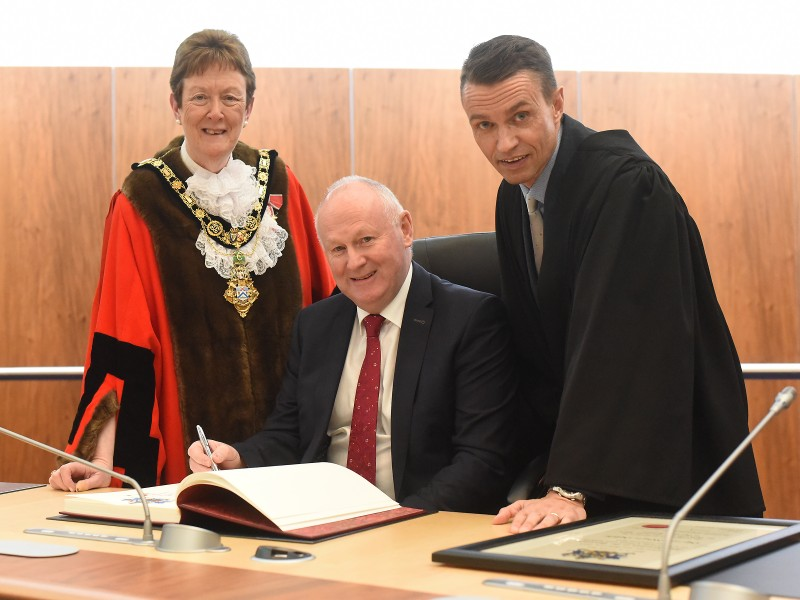 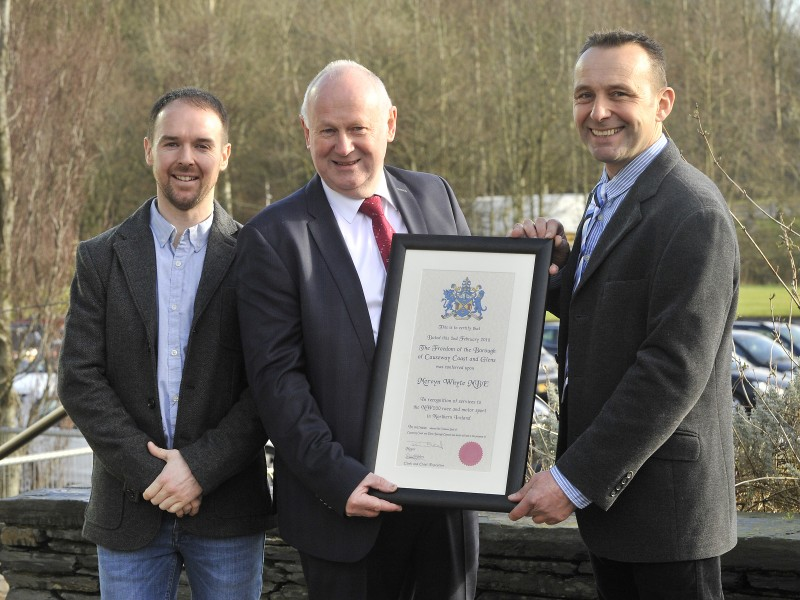 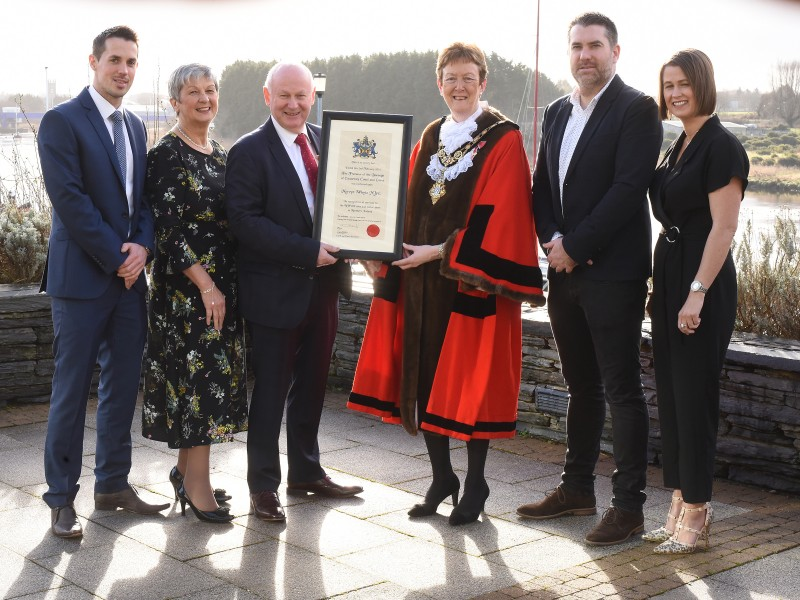 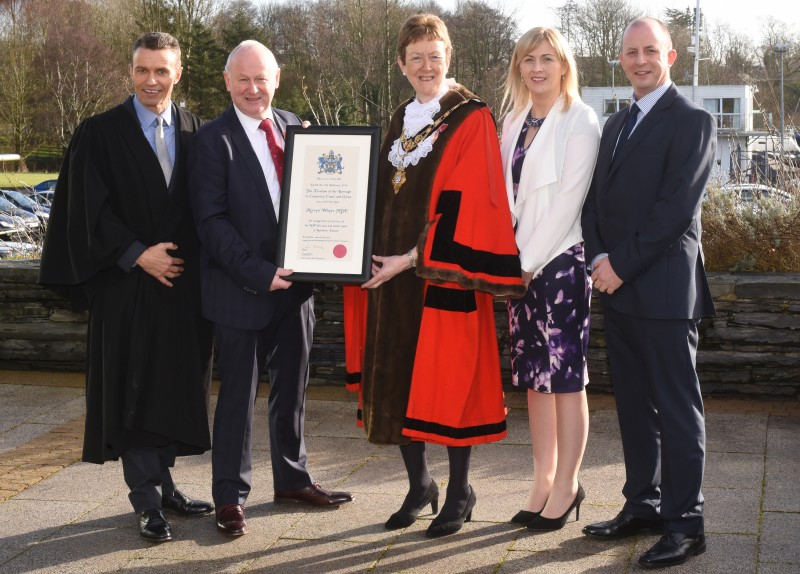 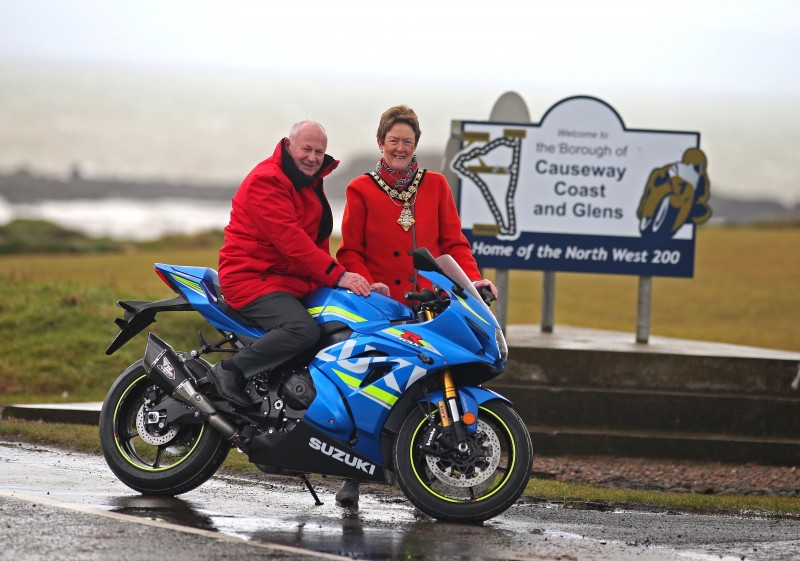