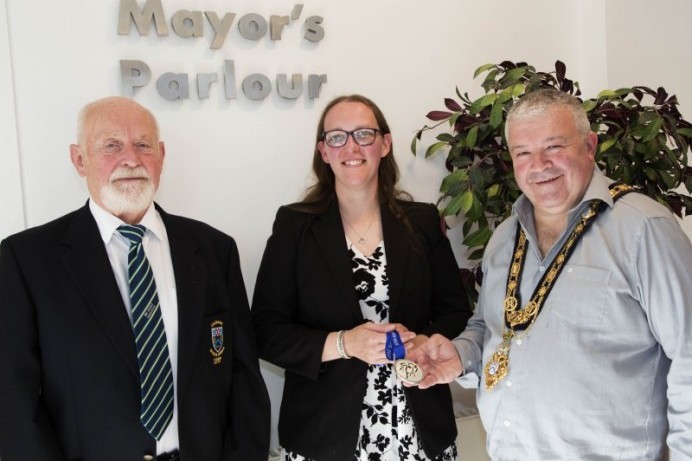 The Mayor of Causeway Coast and Glens Borough Council has held a special reception to recognise the success of one of Coleraine Judo Club’s visually impaired members.

Collette Kerr was welcomed to Cloonavin after winning a silver medal at British Adaptive and VI Championships held in England back in August.

She has now been invited to train with the GB Paralympic Potential Squad.

The Mayor, Councillor Ivor Wallace, said: “I was amazed to learn that Collette has only been training for a short time and completed her red belt grading at the start of the summer.

“This makes her achievements even more significant, and everyone at the Club is rightly proud of her progress.

“Collette is an inspiration to all of us, and her determination is to be admired. I look forward to hearing how her judo career continues to develop, and I am sure this is only the start for her.”

Judo is described as the perfect activity for those who are visually impaired as it helps with fall prevention, fitness and self-defence.

If you would like to get involved email jonathan.adam@rnib.org.uk or go to Coleraine Judo Club’s Facebook page. 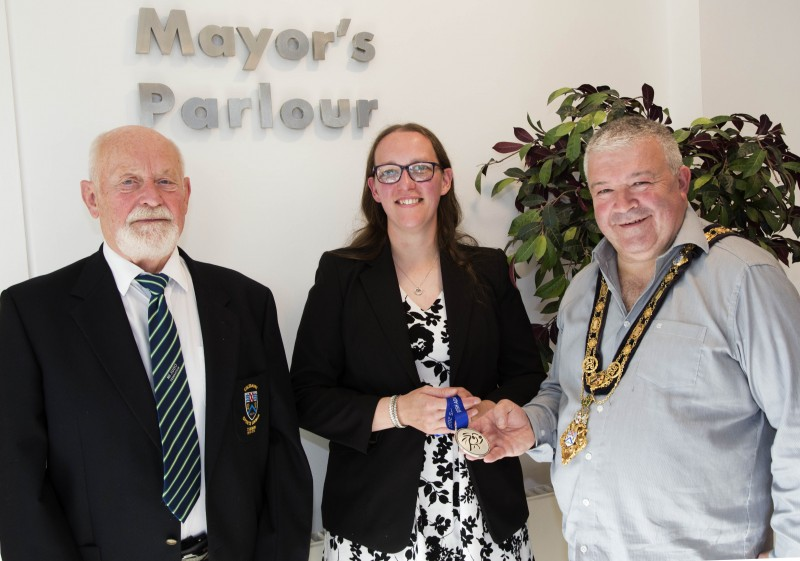