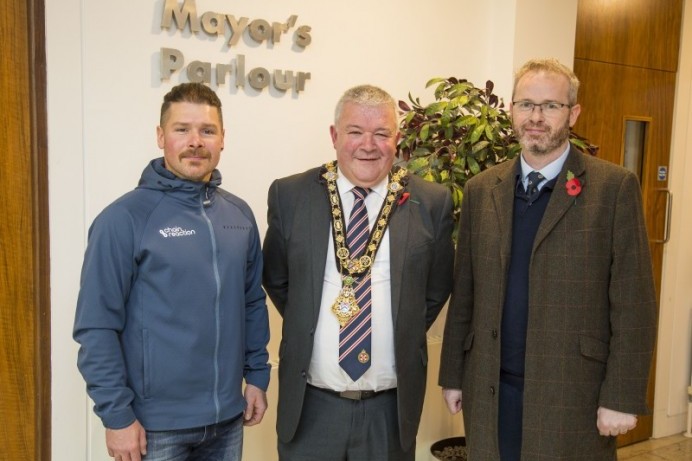 The Mayor of Causeway Coast and Glens Borough Council has held a reception for Philip Mullan in recognition of his ongoing sporting success.

The Limavady mountain biker was crowned Master 30 National Champion at an event held in County Louth during the summer, and his most recent victory saw him win the fourth Irish Gravity Enduro in County Wicklow in September.

Councillor Ivor Wallace said he was very pleased to welcome Philip to Cloonavin: “We are fortunate in Causeway Coast and Glens to have such a high calibre of sporting participants, and it was great to hear more about Philip’s experiences in his chosen sport.

“As an eight-times Masters Champion he has represented our Borough with great distinction, and I want to congratulate him on his achievements so far.

“As well as competing himself, Philip commits a lot of time to sharing his skills and expertise with others, including young people, and he is a fantastic role model for them. Well done to Philip, and I wish him continued success.”

Philip added: “I want to thank the Council for this gesture. With my chosen sport not being one of the usual mainstream disciplines I was delighted to receive an invite from the Mayor for my achievements.

“I have a passion for getting young people in the Borough involved in this great sport and hopefully this recognition is another step towards growing mountain biking in the area and getting people enjoying the outdoors.” 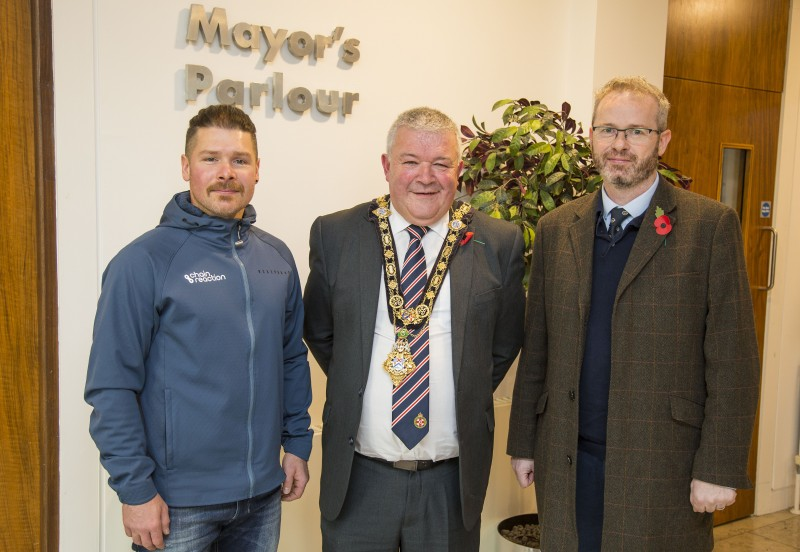