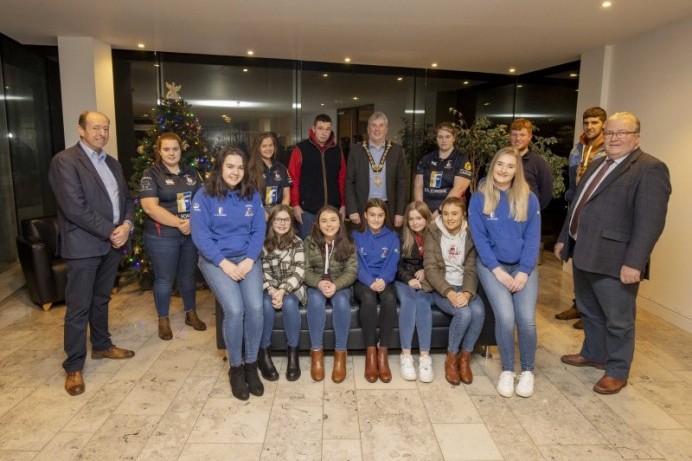 Members of Dungiven YFC have been welcomed to Cloonavin for a special reception.

They were invited to the event by the Mayor of Causeway Coast and Glens Borough Council in recognition of their charity work and positive mental health promotion.

Commenting after meeting with the Club members, Councillor Richard Holmes said: “Young Farmers’ Clubs are active across our Borough, doing tremendous work within our rural communities, and I was very pleased to have this opportunity to welcome members from Dungiven to our Council headquarters.

“The Club has helped a number of good causes through its fundraising endeavours, most recently Limavady Initiative for the Prevention of Suicide (LIPS) and Rossmar School. As well as this, it has put a special emphasis on promoting positive mental health among young people which is hugely important at this time, and it provides an important social outlet for its members.

“I would like to congratulate the members for their efforts and I wish them all continued success in the future.”

Club Leader Zara Fulton, who was among those who attended, said she’s immensely proud of everything the Club has achieved despite the difficulties of the past few years. 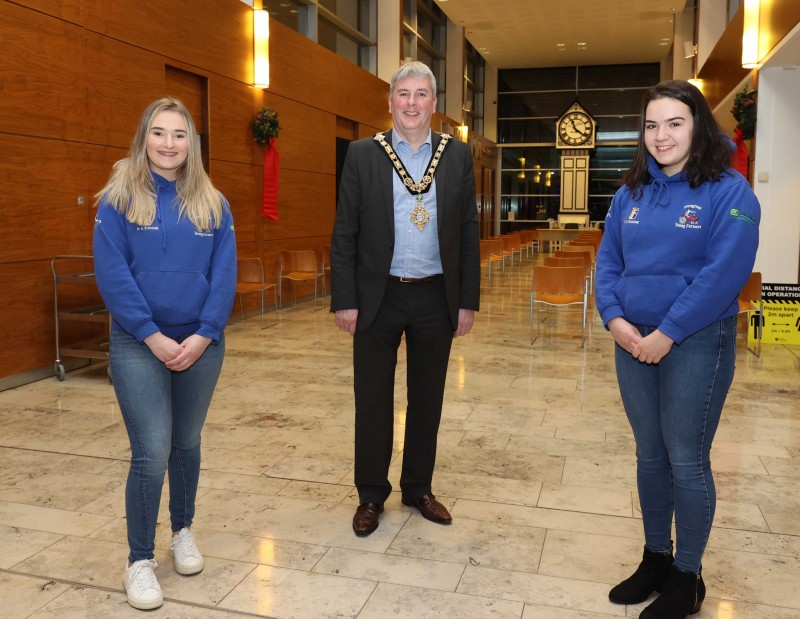 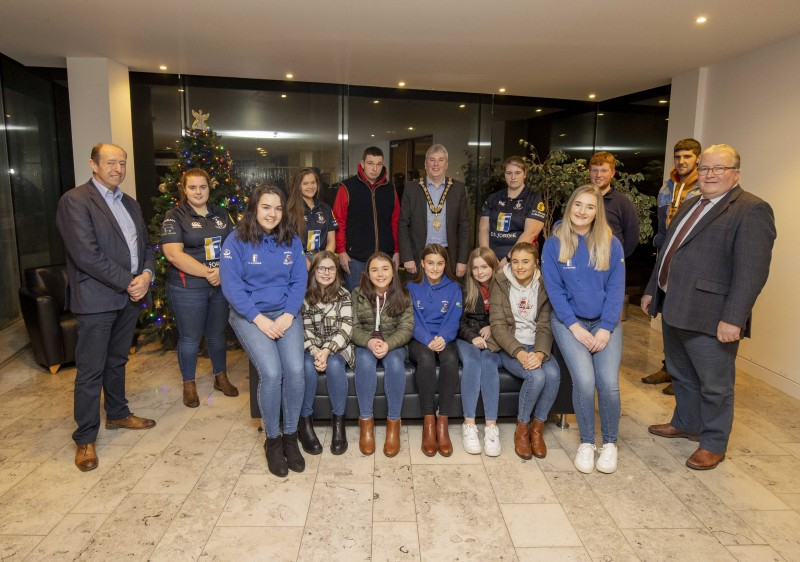