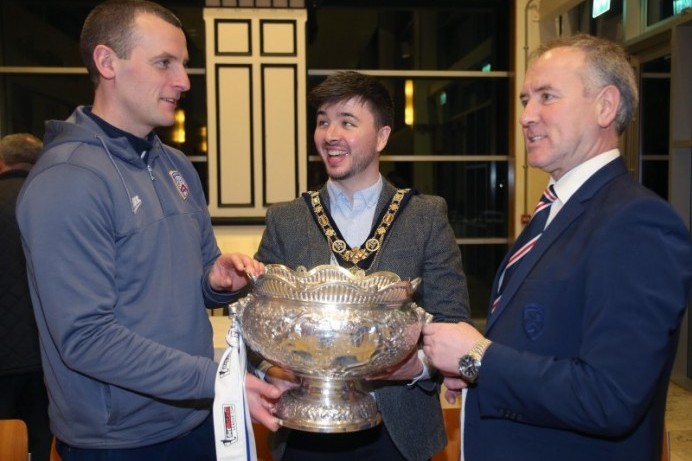 Councillor Sean Bateson welcomed players and management to Cloonavin for the event on Wednesday 11th March.

Coleraine defeated Crusaders 2-1 in the final last month at Windsor Park, to lift the trophy for only the second time in their history.

Congratulating all those involved in the victory, the Mayor said: “I was delighted to have this opportunity to welcome representatives from Coleraine FC to Cloonavin in recognition of their League Cup victory, the first since 1987. Oran Kearney and his players should be very proud of what they have achieved and I hope this is a pre-cursor to further success this season.” 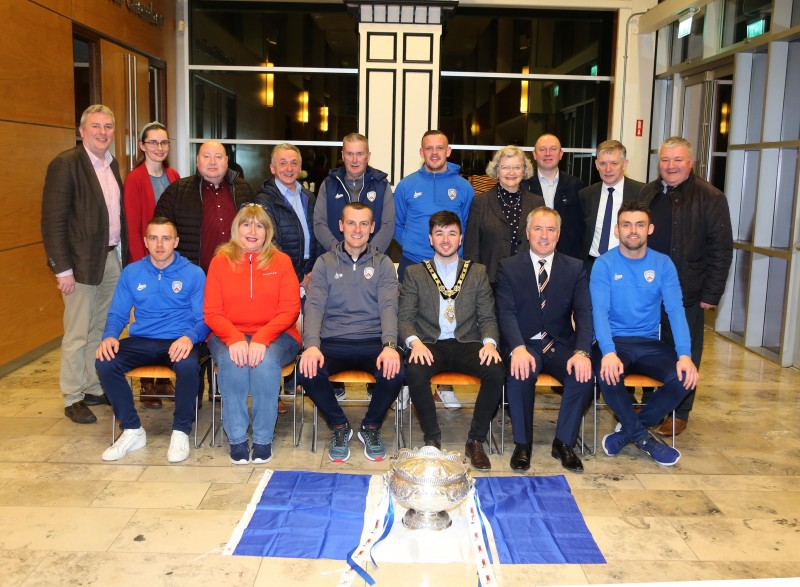