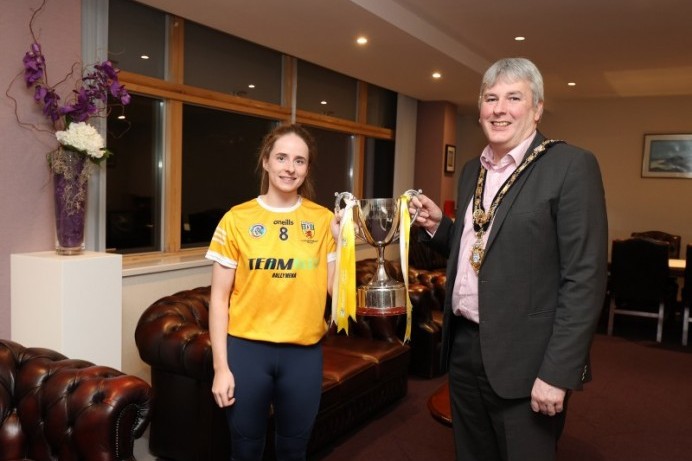 The Intermediate Antrim Camogie team has enjoyed a reception at Cloonavin to mark its recent All-Ireland success.

The players and their coaches were invited to the event by the Mayor of Causeway Coast and Glens Borough Council, Councillor Richard Holmes.

Among those in attendance were team captain Lucia McNaughton from Loughgiel, who with her teammates made history last month by beating Kilkenny in the final at Croke Park.

Congratulating the team on its success, the Mayor said: “This was a fantastic achievement by everyone involved, and I’m very pleased to have had this opportunity to welcome the squad to Council’s headquarters in recognition of their success.

“A lot of the team are from the Causeway Coast and Glens area, which makes the success even more significant for the Borough.

“A victory like this doesn’t come without a lot of hard work and sacrifice, and it’s clear to see how much it means to them all. They should be very proud of what they have accomplished, and I wish them continued success for next future as well.” 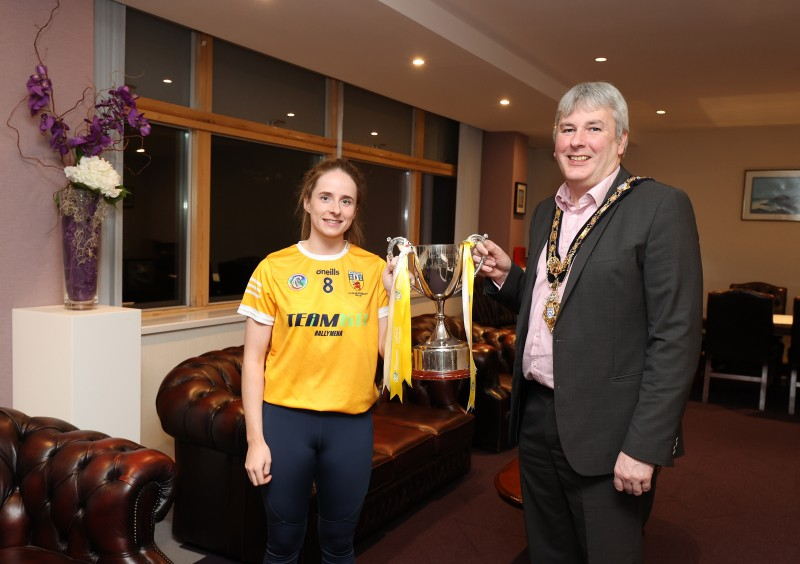 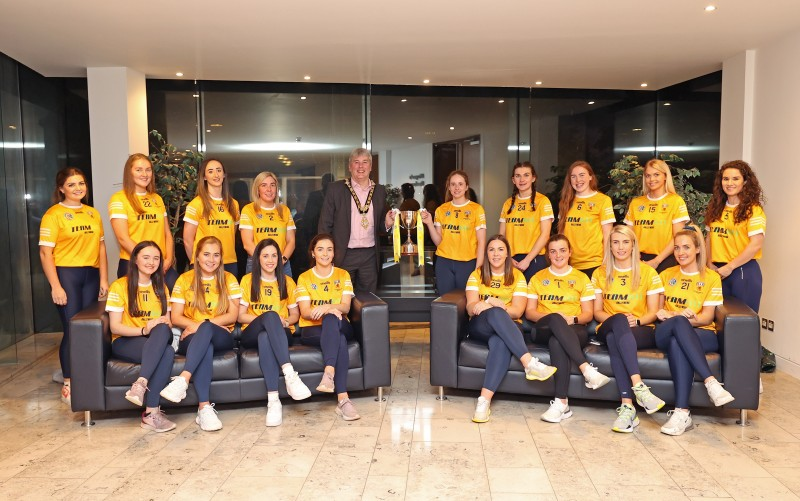