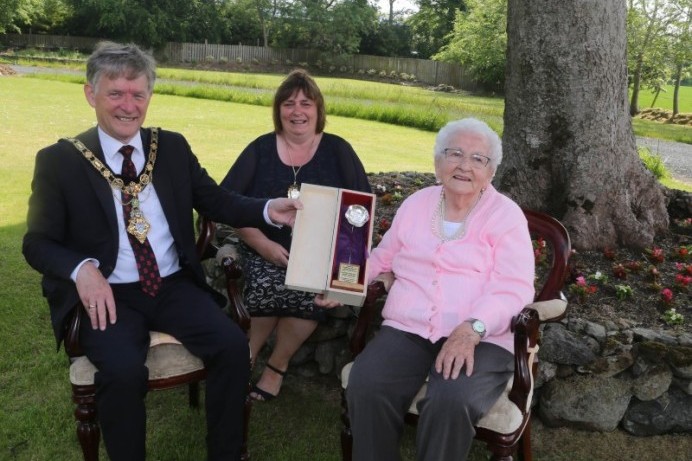 A former Aircraftwoman First Class in the Women’s Auxiliary Airforce has received a silver poppy of remembrance from the Mayor of Causeway Coast and Glens Borough Council.

Alderman Mark Fielding visited Kathleen Thompson, who lives in Castlerock, on Wednesday 2nd June to make the presentation in recognition of her service during World War II.

Alderman Mark Fielding said: “Delivering these tokens of our gratitude to those whose service helped secure the freedoms we enjoy today has been a highlight of my term as Mayor.

“We are extremely proud of the role played by Kathleen during World War II and it’s important to celebrate this as it’s an important part of our Borough’s history. I want to express my thanks to her and all our veterans for their brave service.”

The presentation of the poppies followed a motion proposed by Alderman Alan McLean in August 2019 which called for all surviving veterans of World War II, including those in the Merchant Navy, who live in the Borough, to be presented with a commemorative Poppy of Remembrance to ‘mark their service in the fight against Fascism and Nazism’.

The first presentations took place earlier in November 2020, when the Mayor was joined by Council’s Veterans’ Champion, Councillor Michelle Knight McQuillan, to hand deliver the specially commissioned poppies to recipients from a number of service areas, including the Women’s Auxiliary Air Force, the Royal Air Force, the Royal Navy, the Royal Irish Fusiliers and the Royal Electrical and Mechanical Engineers. 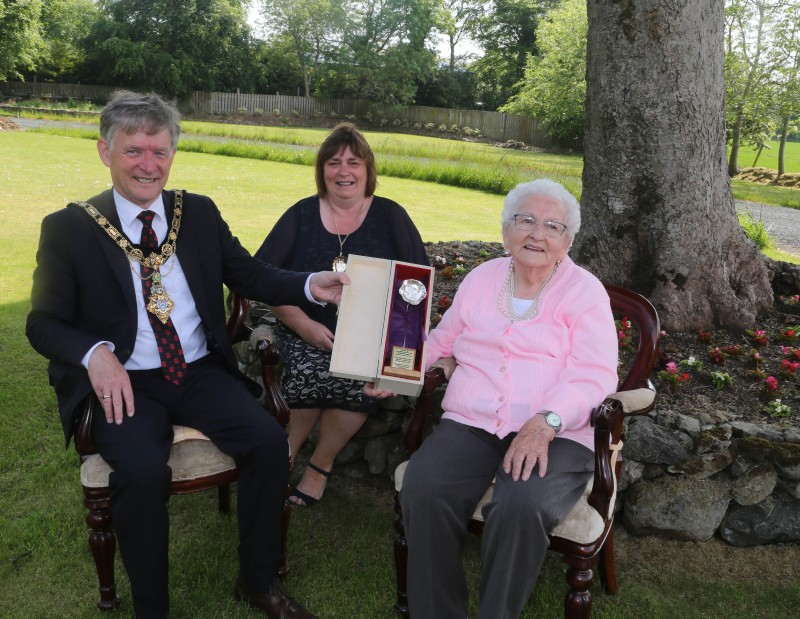 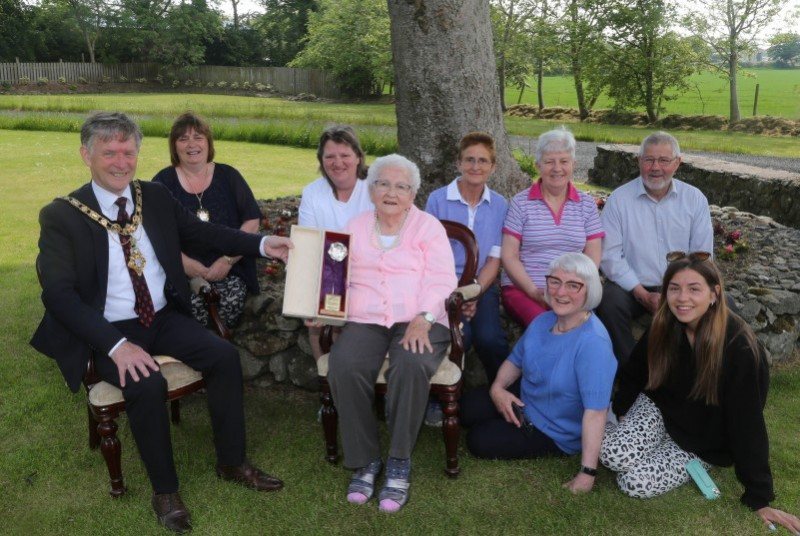 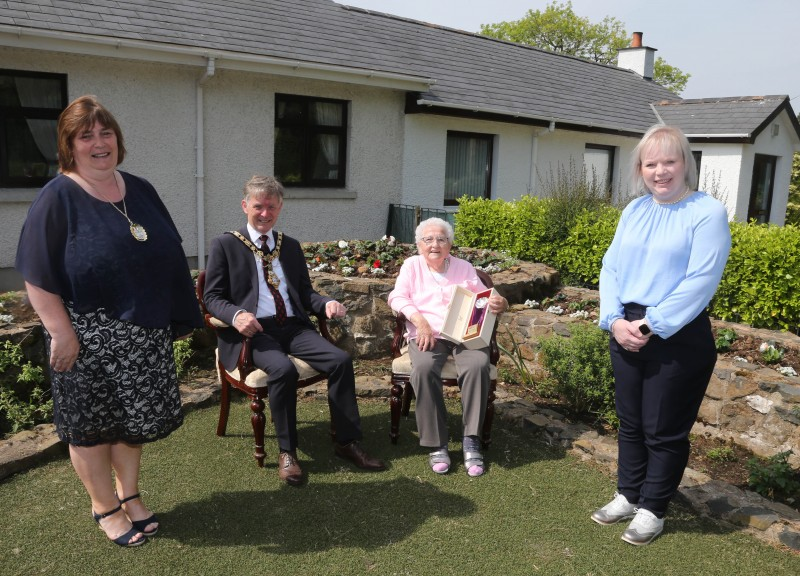