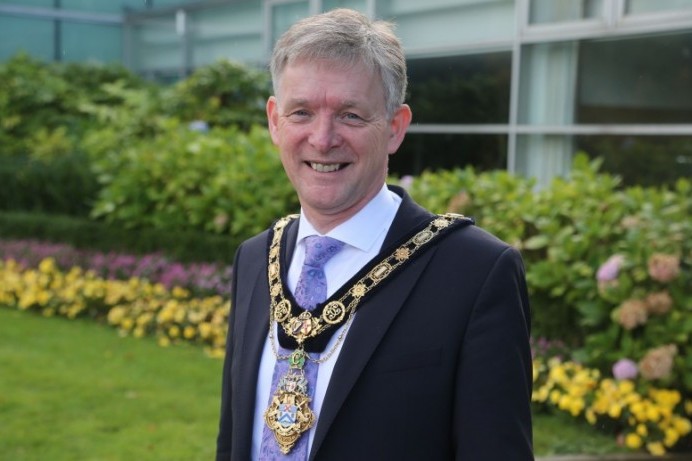 An online Book of Condolence for Captain Sir Tom Moore has been opened by the Mayor of Causeway Coast and Glens Borough Council.

The gesture from Alderman Mark Fielding will allow members of the public to share their own sympathies following the death of the 100-year-old World War II veteran earlier this week.

‘Captain Tom’ became a household name when he embarked on a charity walk in the garden of his home last year which eventually raised over £30m for the NHS.

Reflecting on his legacy, the Mayor said: “Captain Sir Tom Moore provided hope and inspiration at a time when it was needed most. From his war time bravery to his fundraising efforts, he demonstrated a spirit of resilience which touched us all. His family can be so proud of the life he lived and our online Book of Condolence is an opportunity to convey our thoughts and support at this very sad time.”

Alderman Fielding opened the book with this message:

"My sincere condolences to Captain Sir Tom Moore's family. Sir Tom captured the hearts of so many in our communities across the United Kingdom, inspiring incredible fundraising for our National Health Service charities. Thank you Sir Tom. A real life hero, our Nation is proud of you. You will be fondly remembered.”

Members of the public who want to add their own message should go to www.causewaycoastandglens.gov.uk/council/book-of-condolence