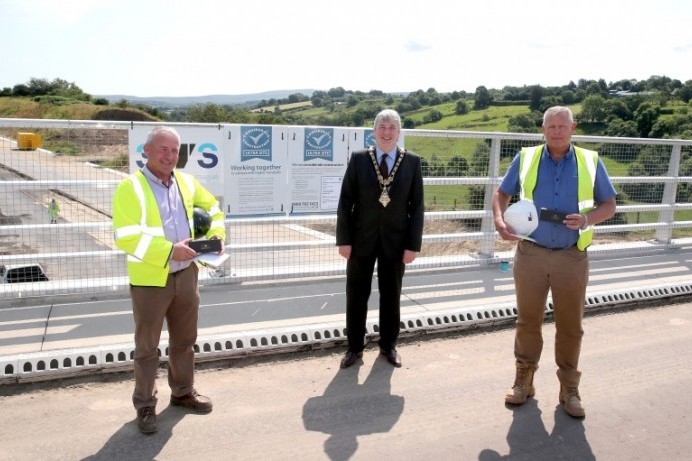 The Mayor of Causeway Coast and Glens Borough Council has visited Dungiven to view progress on the A6 road scheme.

Councillor Richard Holmes also had an opportunity to speak with representatives of Wills Bros Ltd from the contractor consortium carrying out the extensive work for the Department for Infrastructure.

Among those he met were Darren McClane and his colleague Tony Lowe, who have been praised for their commitment to community engagement from the outset of the project.

Speaking afterwards, the Mayor said: “I would like to thank Councillor Sean McGlinchey for inviting me to Dungiven and affording me this opportunity to meet with some of those who have worked diligently to ensure the success of this major infrastructure project.

“A scheme of this size is not without its challenges and the contractor has worked closely with the local community to make this a successful and beneficial undertaking for all those who live, work and travel daily in the locality.

“The sheer scale of the works is clear to see, with the construction of over 25km of dual carriageway between Dungiven and Drumahoe which will ultimately create a by-pass of Dungiven, 22 bridge structures, four new grade separated junctions and three new roundabouts.

“I would like to congratulate Darren and Tony on what has been achieved so far, along with everyone associated with the project.

“On its completion we can look forward to environmental benefits for Dungiven, reduced journey times and ultimately enhanced road safety for all.” 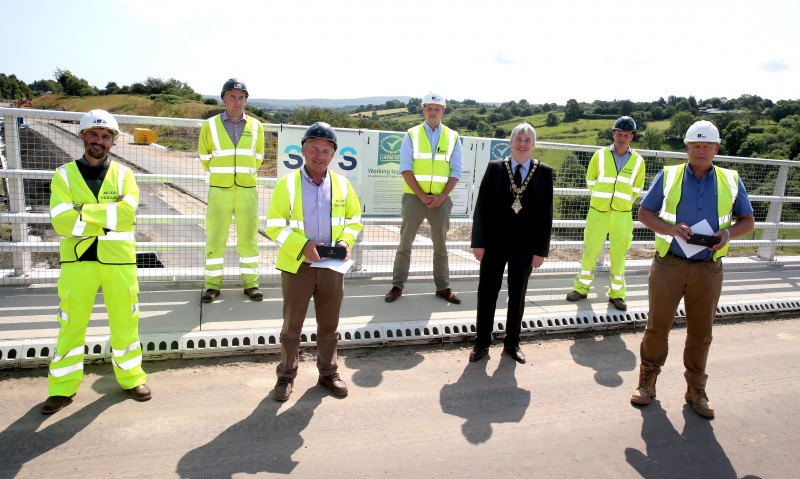 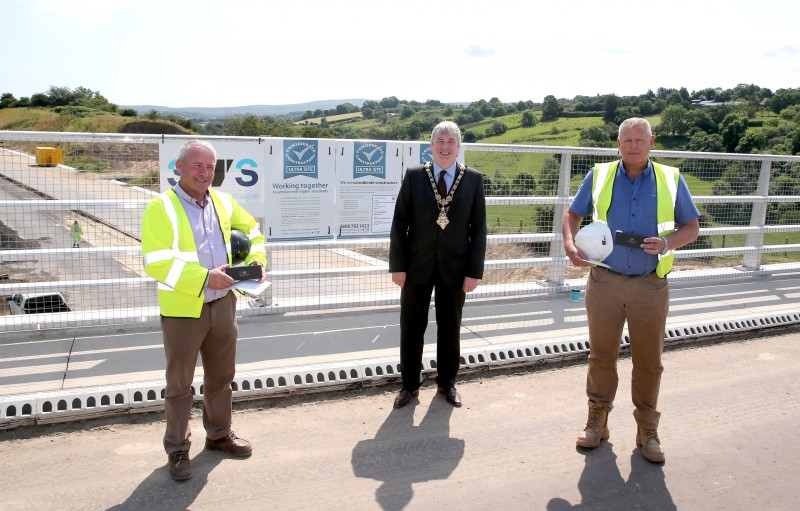 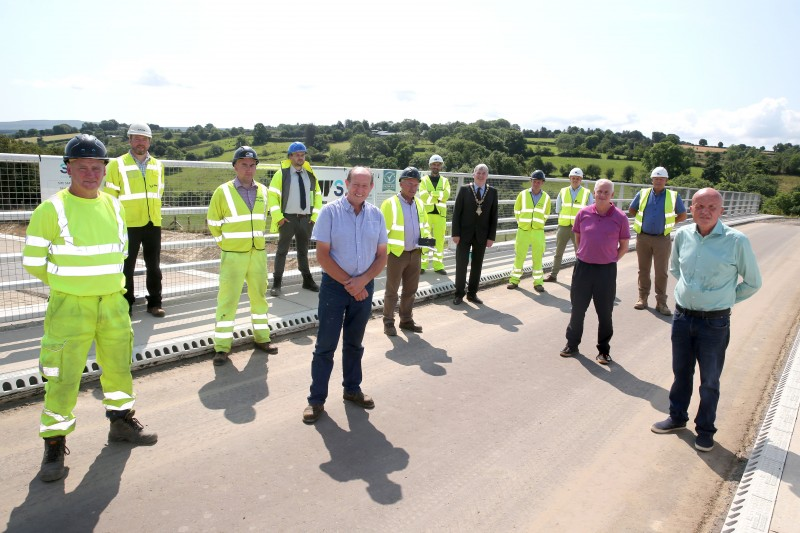 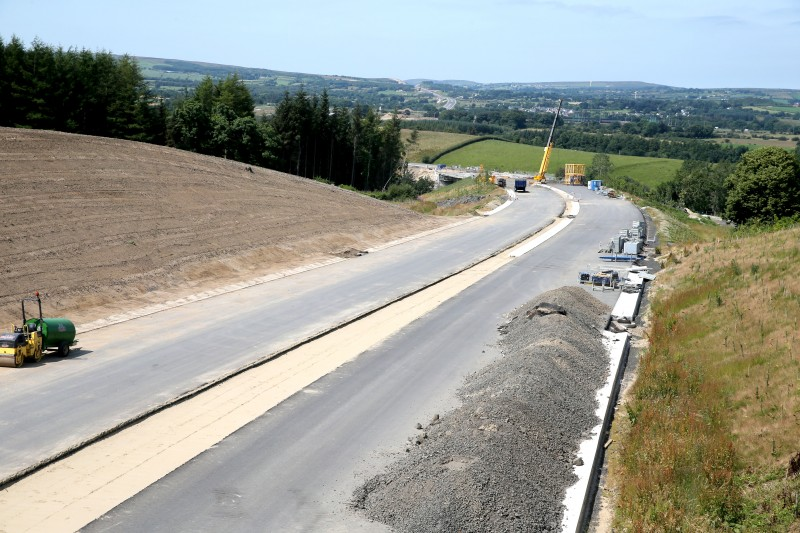