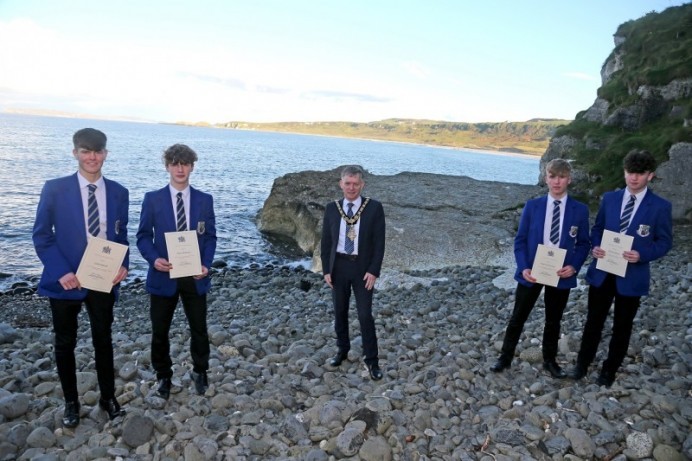 The Mayor of Causeway Coast and Glens Borough Council has formally honoured four teenagers who rescued a father and his two children from the sea at White Park Bay earlier this year.

The 16-year-old friends, who all attend St Killian’s College, spotted a man and his young son and daughter in the water and courageously rushed to help them on June 25th

Michael Quinn, Josh Schnell, Shane McKenna and Niall Óg McGuigan were hailed for their heroic actions after bringing all three safely back to shore.

The motion reads: “That this council recognizes the bravery of the four young teenagers Michael Quinn, Josh Schnell, Shane McKenna and Niall Og McGuigan from the Ruairi Og hurling club in Cushendall, when they rescued a father and his two young children when they got into difficulties while swimming at White Park Bay.”

Mayor, Alderman Mark Fielding, met the four teenagers near the scene of the rescue on Wednesday (October 14th) to hear first-hand how their swift thinking and bravery averted a potential tragedy.

Alderman Fielding said: “These four young men represent the best of our community and their quick thinking and swift intervention undoubtedly saved the lives of three people.

“They are a credit to their families and I was pleased to have this opportunity to recognise their selflessness.

“We live in a beautiful place, and our coastline and beaches are among our greatest assets, but we must remember that the sea can be treacherous at all times of the year and I would urge people to always put safety first.” 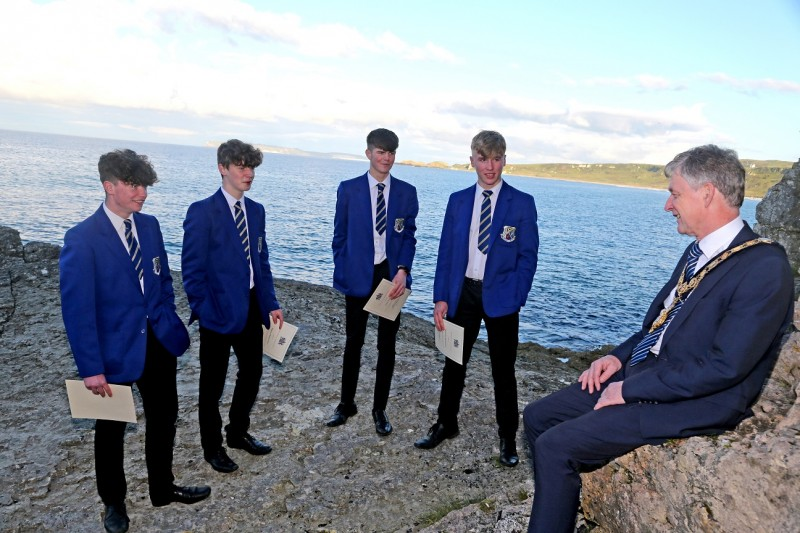