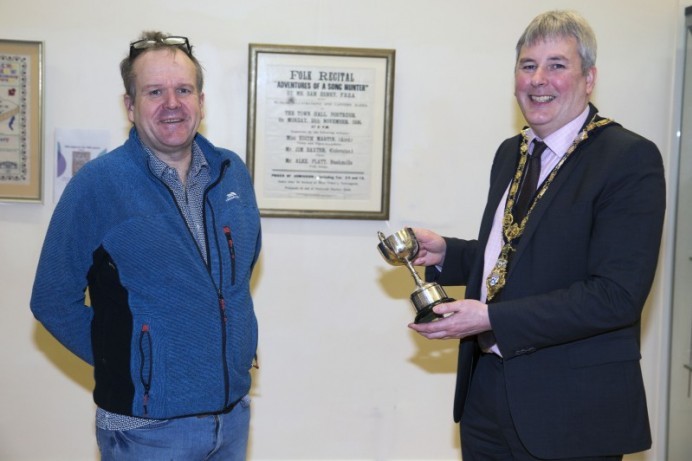 The Mayor of Causeway Coast and Glens Borough Council has offered his congratulations to a local award-winning Ulster-Scots poet.

Councillor Richard Holmes recently met Alan Millar in Ballymoney to hear more about his success in the annual competition or ‘Sangschaw’ run by the Scottish Language Society.

Alan received the Hugh MacDiarmid Tassie for Poetry for his piece ‘Wee Weaver Birdie’ which reflects, among other things, on the historical connections many Ulster-Scots poets had to linen weaving dating back to the 18th and 19th century.

The Mayor said: “Alan should be very proud of his achievement and I’m delighted that he has brought this prestigious award to our Borough for the first time.

“I would like to congratulate him on this and for his ongoing efforts to preserve and share the Ulster-Scots language. Good on ye!”

Alan said: “I was delighted that Mayor Holmes took the time to see me, to have a look at the Tassie (cup) and have a chat.

“It was very fitting as Ulster-Scots leid (language) has a rich heritage in many areas of Causeway Coast and Glens and having the Scots Language Society pick a winner from our area is a further recognition of this. I would thank the Mayor for his support.”

Here is a short extract from Alan’s winning poem:

Following his success in the competition, Alan’s poem was published in the Scottish Language Society’s magazine Lallans and he also took part in a special poetry reading. 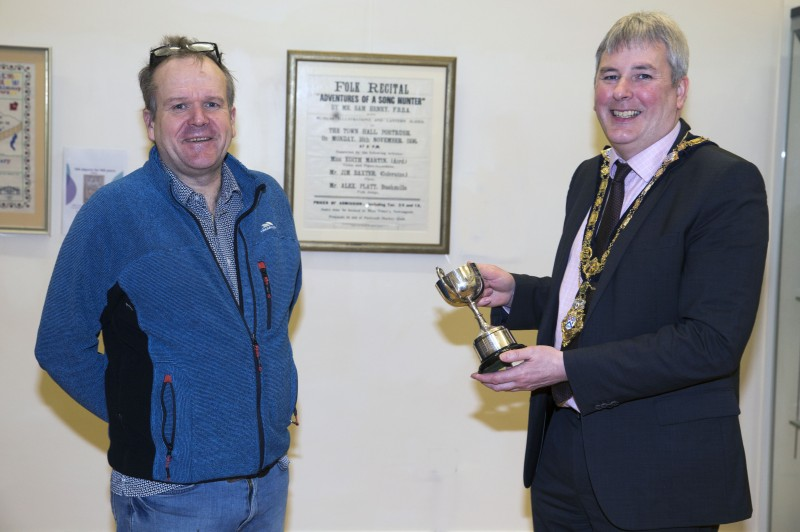