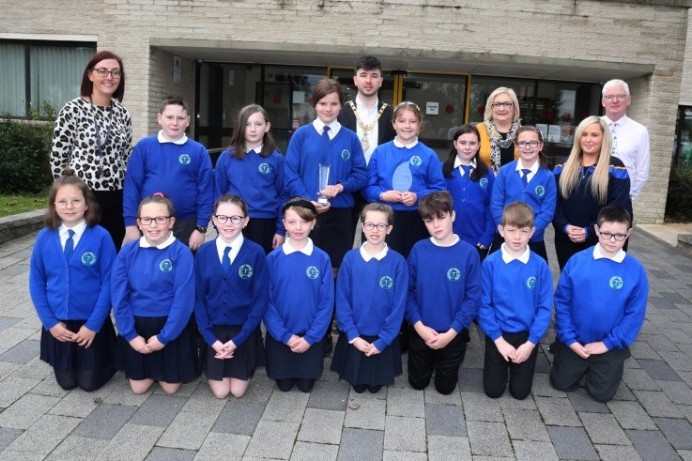 The Mayor of Causeway Coast and Glens Borough Council has hosted a reception for staff and pupils from Termoncanice Primary School.

The event took place in the Mayor’s Parlour at the Council offices in Limavady following the school’s recent success at the Families First NI awards. It was selected for an Outstanding Progress award while Principal Mr Leo McCloskey received a special Gold Star award.

Offering his congratulations, Councillor Sean Bateson said: “I had a great morning with some of the staff and pupils from Termoncanice, and I would like to thank them for taking time out of their busy day to join me at this reception. The school can be rightfully proud of its recent achievements, and I would like to offer everyone who contributed to this success my very best wishes. Schools play an important role in our local communities, and we cannot underestimate the influence they can have on young people from a very early age. It is evident that a lot of positive work is being carried at the school to encourage pupils to be their best and I am delighted this has been recognised in such a positive way.”

To keep up to date with the latest news from Causeway Coast and Glens Borough Council go to www.causewaycoastandglens.gov.uk or follow us on Facebook and Twitter. 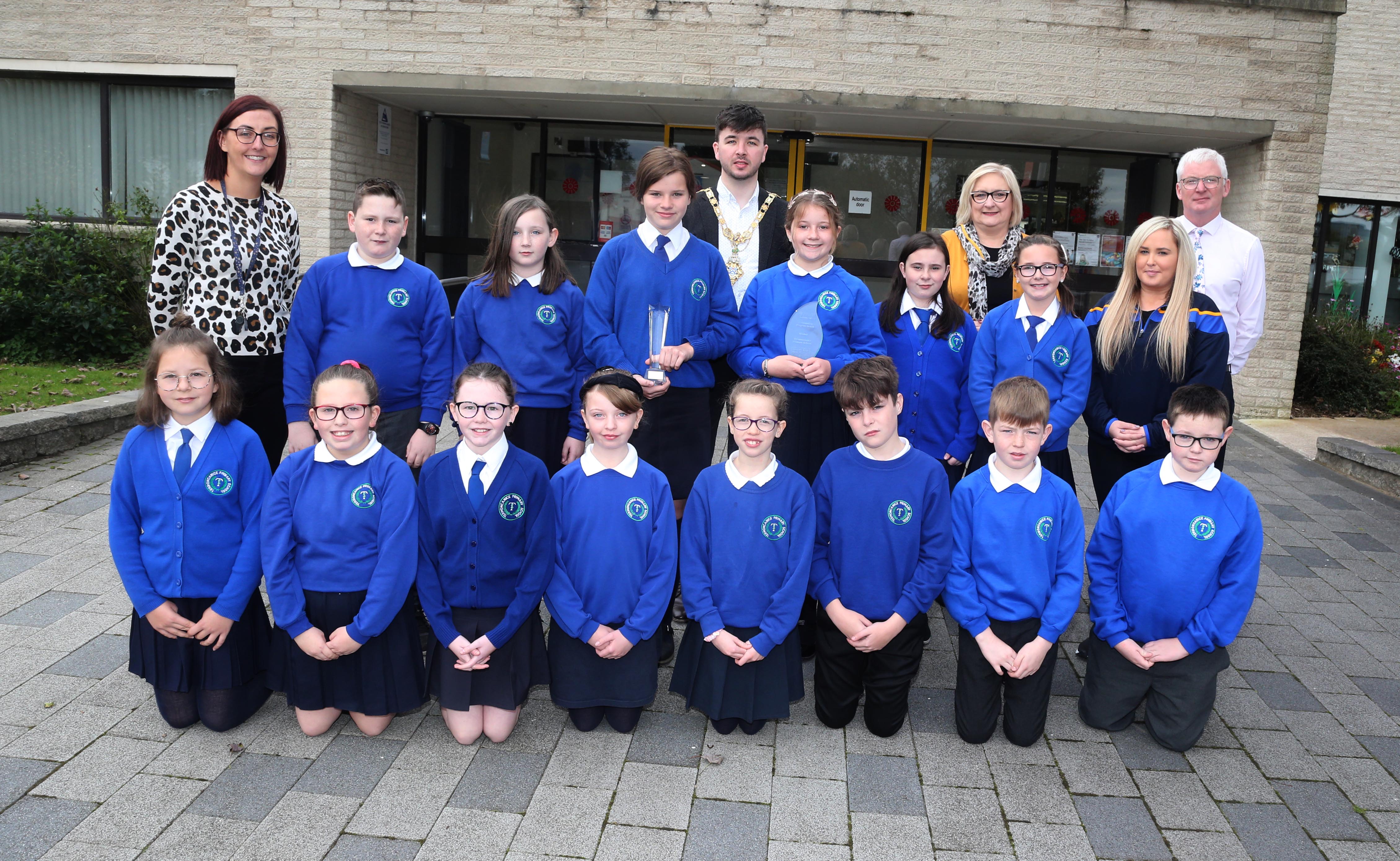 The Mayor of Causeway Coast and Glens Borough Council Councillor Sean Bateson pictured with staff and pupils from Termoncanice Primary School at a recent reception to mark their success at the Families First NI awards.