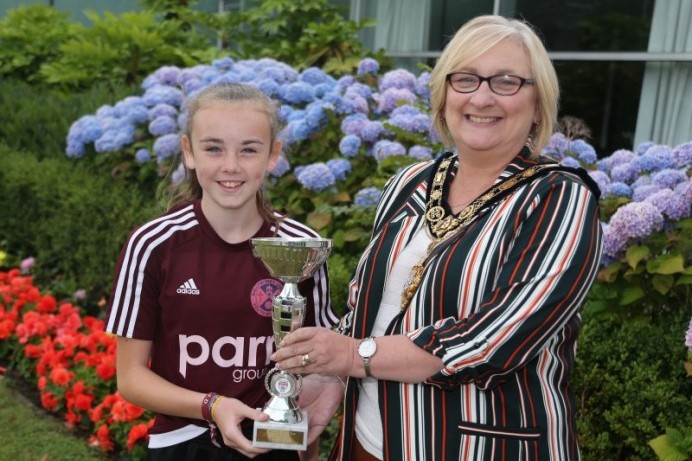 The Under 13 girls were crowned winners in their age group following a series of outstanding performances during the tournament last month.

In recognition of their achievements Councillor Brenda Chivers welcomed players and their mentors to Cloonavin. Speaking afterwards she said: “It is clear from meeting the team just how much this success means to them and I want to offer my congratulations to everyone involved. The girls have proved themselves to be fantastic role models, even from such a young age, and their commitment to their sport and each other is inspiring. They have represented themselves and the whole area to the highest standard and I was delighted to have an opportunity to formally recognise this.”

After navigating their way through the group stages, the team overcame Cliftonville in the semi-final before beating Crusaders 2-0 in a hugely memorable final. 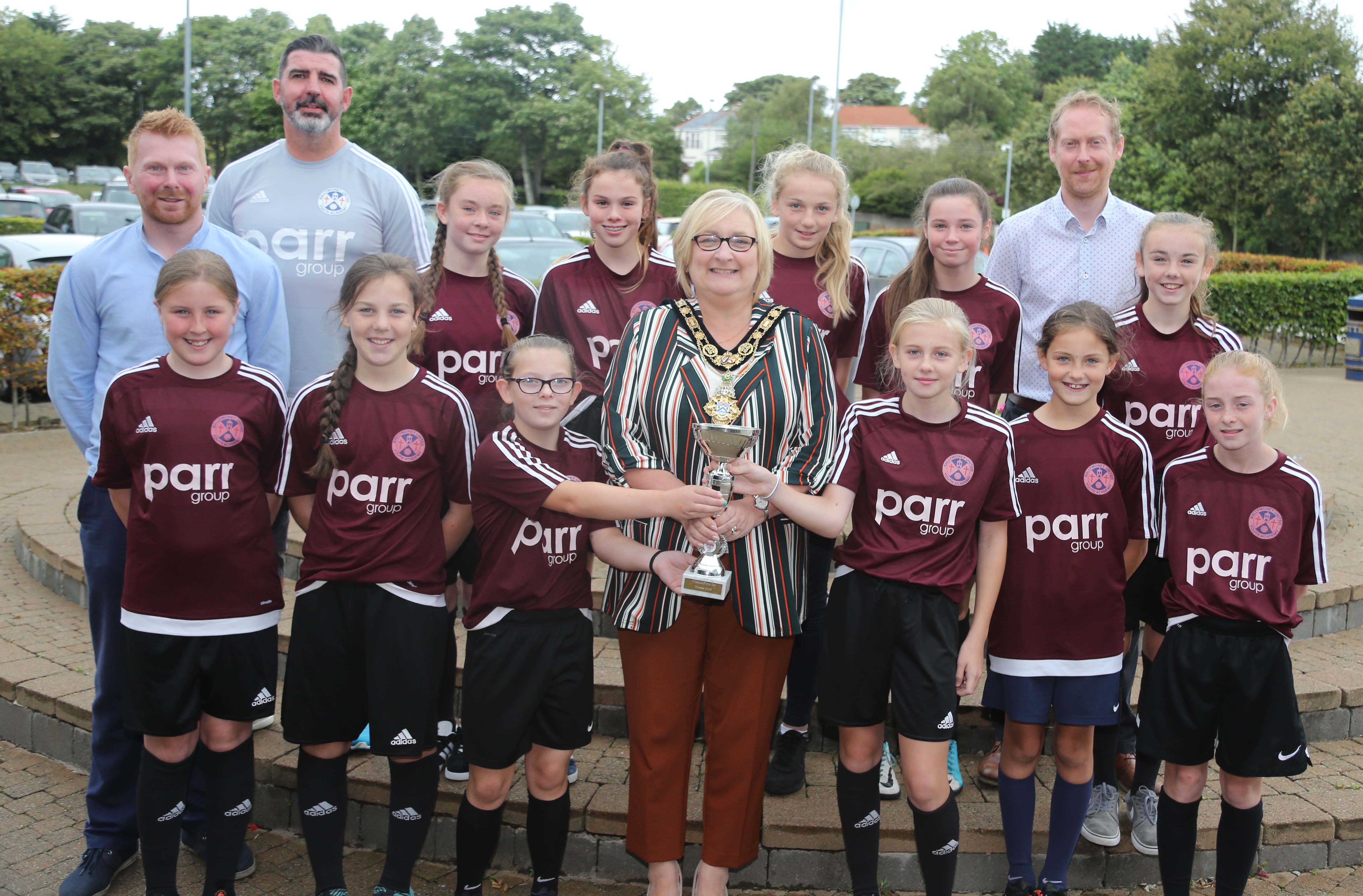 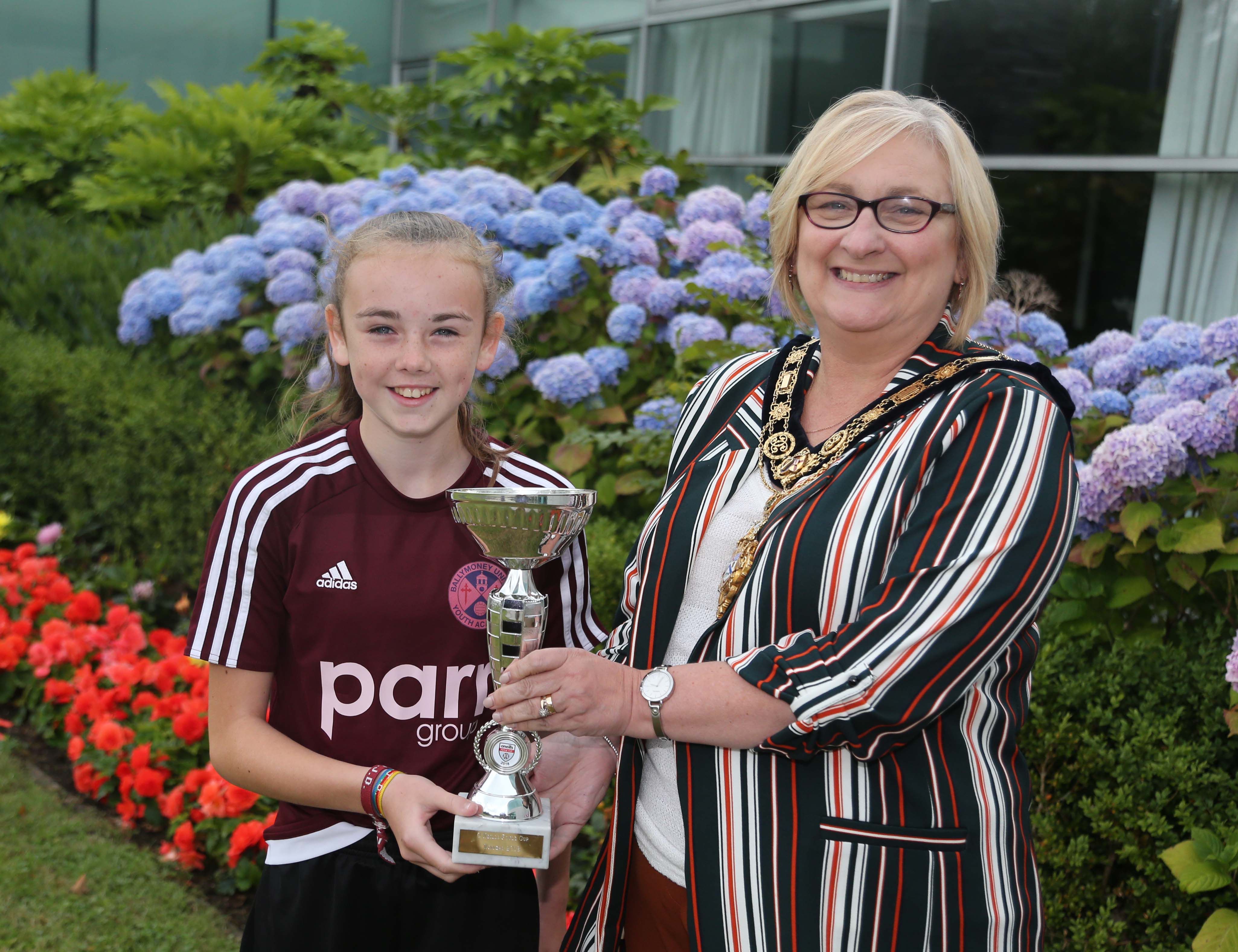