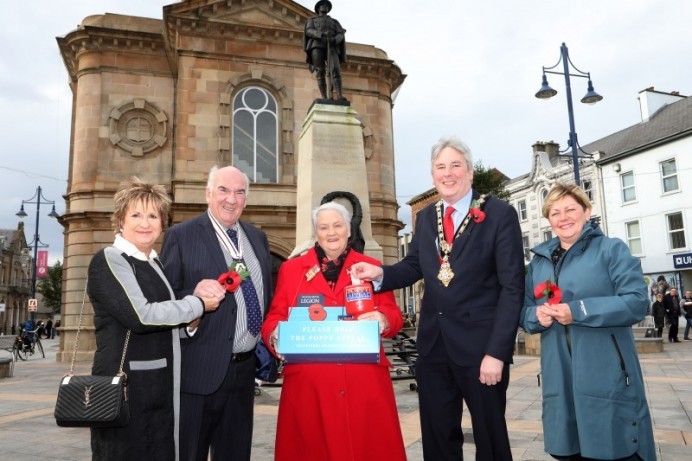 The 2021 Royal British Legion Poppy Appeal has been officially launched in Coleraine.

The event took place at the town’s War Memorial on Saturday 23rd October 2021, with the Mayor of Causeway Coast and Glens Borough Council and Council’s Veterans’ Champion in attendance.

They joined representatives from the Coleraine branch of the Royal British Legion for the event, which marks the start of the armed forces’ charity’s biggest annual fundraising campaign.

Offering his support, the Mayor, Councillor Richard Holmes, said: “2021 is a very significant year as the Royal British Legion celebrates its centenary. For the past 100 years, it has been there to help serving and ex-serving personnel and their families, often at the most difficult times.

“The Poppy Appeal takes place every year during the Remembrance period, and it’s an important opportunity to acknowledge the bravery, dedication and sacrifice of those who chose to live a life of service. During this year’s Poppy Appeal, we remember our armed forces from World War 1 to the present day, and we remain grateful and proud of the role they play in our community.”

Council’s Veterans’ Champion, Alderman Sharon McKillop, added: “The success of the Poppy Appeal is testament to the many volunteers who work tirelessly behind the scenes. All the money raised is used to provide much needed practical, social and emotional support to members and veterans of the armed forces, and its role remains as important now as it was a century ago. In this very special year, as we celebrate 100 years of Northern Ireland, and the centenary of the RBL, I want to thank everyone associated with the charity and I hope they enjoy a very successful fundraising campaign.”

You can find out more about the role of the Veterans’ Champions by going to https://www.causewaycoastandglens.gov.uk/council/council-champions/veterans-champion.

For information about the Poppy Appeal go to https://www.britishlegion.org.uk/get-involved/poppy-appeal. 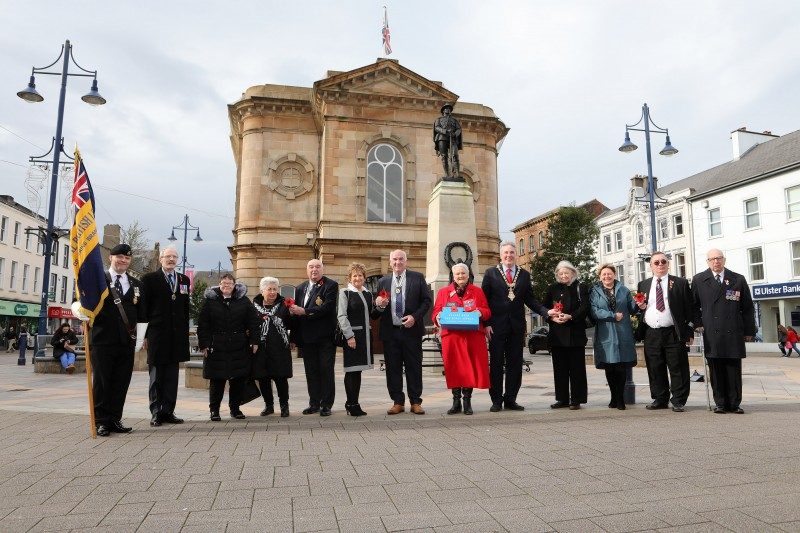 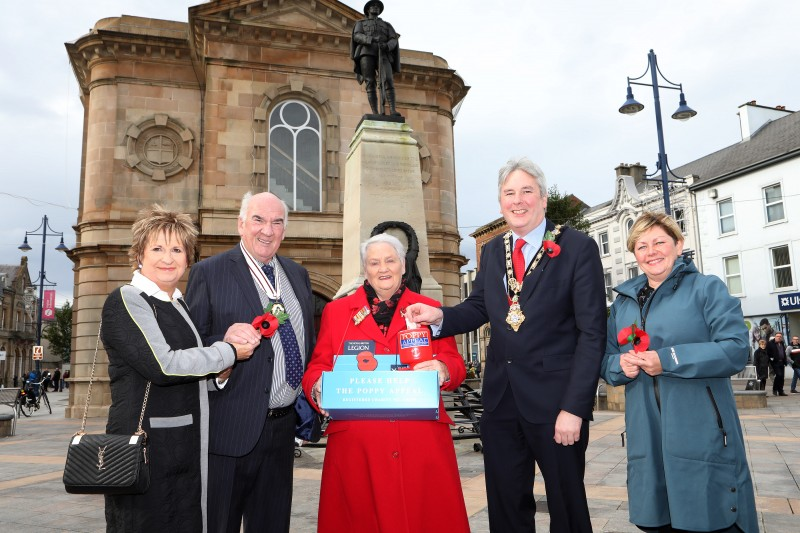 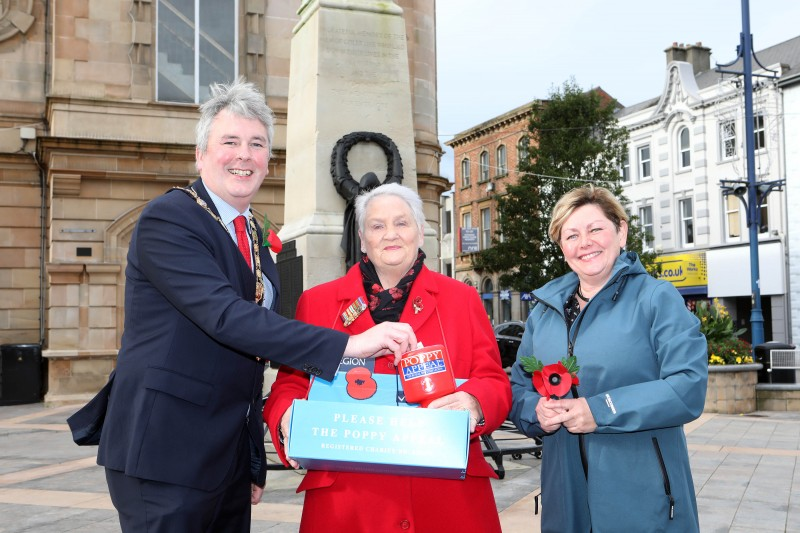 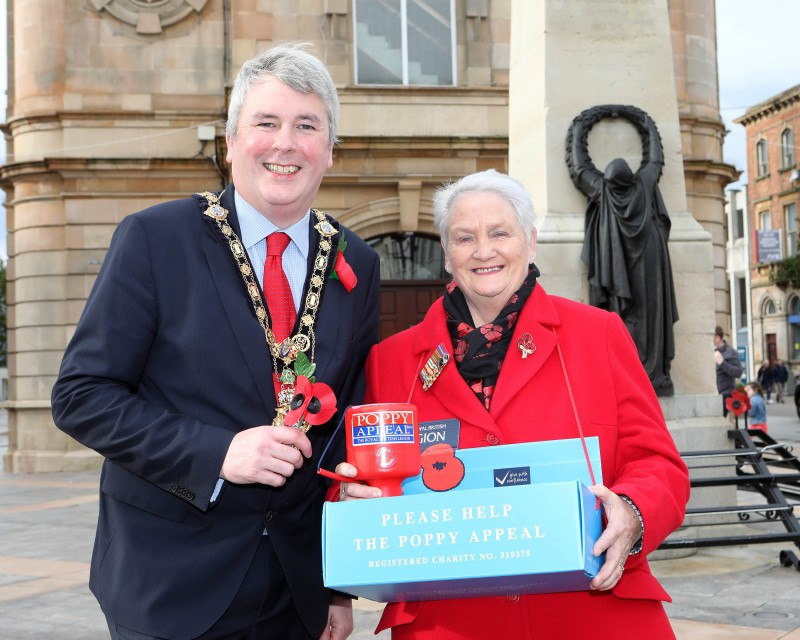