Home > News > London delegation meet with the Mayor at Cloonavin 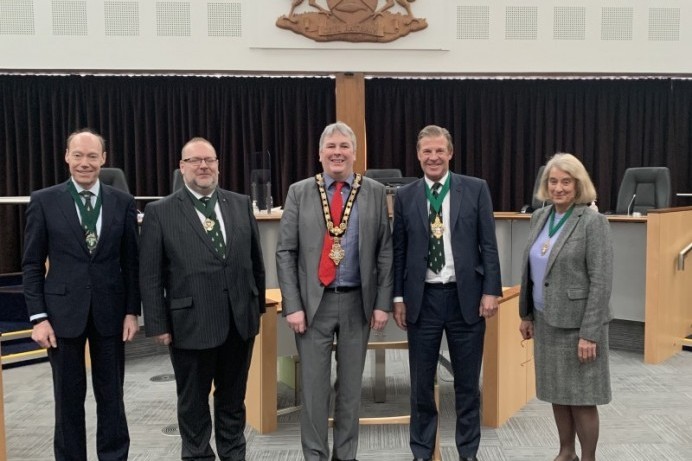 London delegation meet with the Mayor at Cloonavin

The Mayor of Causeway Coast and Glens Borough Council welcomed a delegation of Irish Society Trustees from London to Cloonavin this week.

The visit was part of a wider tour of the North West area where the Society works to support education, charity, and civic life.

Commenting on the visit, the Mayor Councillor Richard Holmes said: “I was very pleased to welcome the delegation to our headquarters in Coleraine, with the visit allowing us to further strengthen our historic links with the Society and the City of London.

“Current challenges were discussed, as well as opportunities including the significant Growth Deal which is set to have a significant positive impact on our Borough.

“Collectively we are committed to further collaboration which will bring continued benefits to Causeway Coast and Glens.

“It’s thanks to The Honourable The Irish Society that Coleraine was formally established in 1609, and over 400 years later it’s encouraging to see that our links remain as strong as ever.”

Edward Montgomery, Secretary of the Irish Society, commented: “In order to carry out their charitable function in the region and broaden the relationships with the City of London, our trustees need to be able to interact with local civic leadership and this has never been more important than following the Covid-19 pandemic.

“I would like to thank the Mayor and the Chief Executive for taking the time to update us today.” 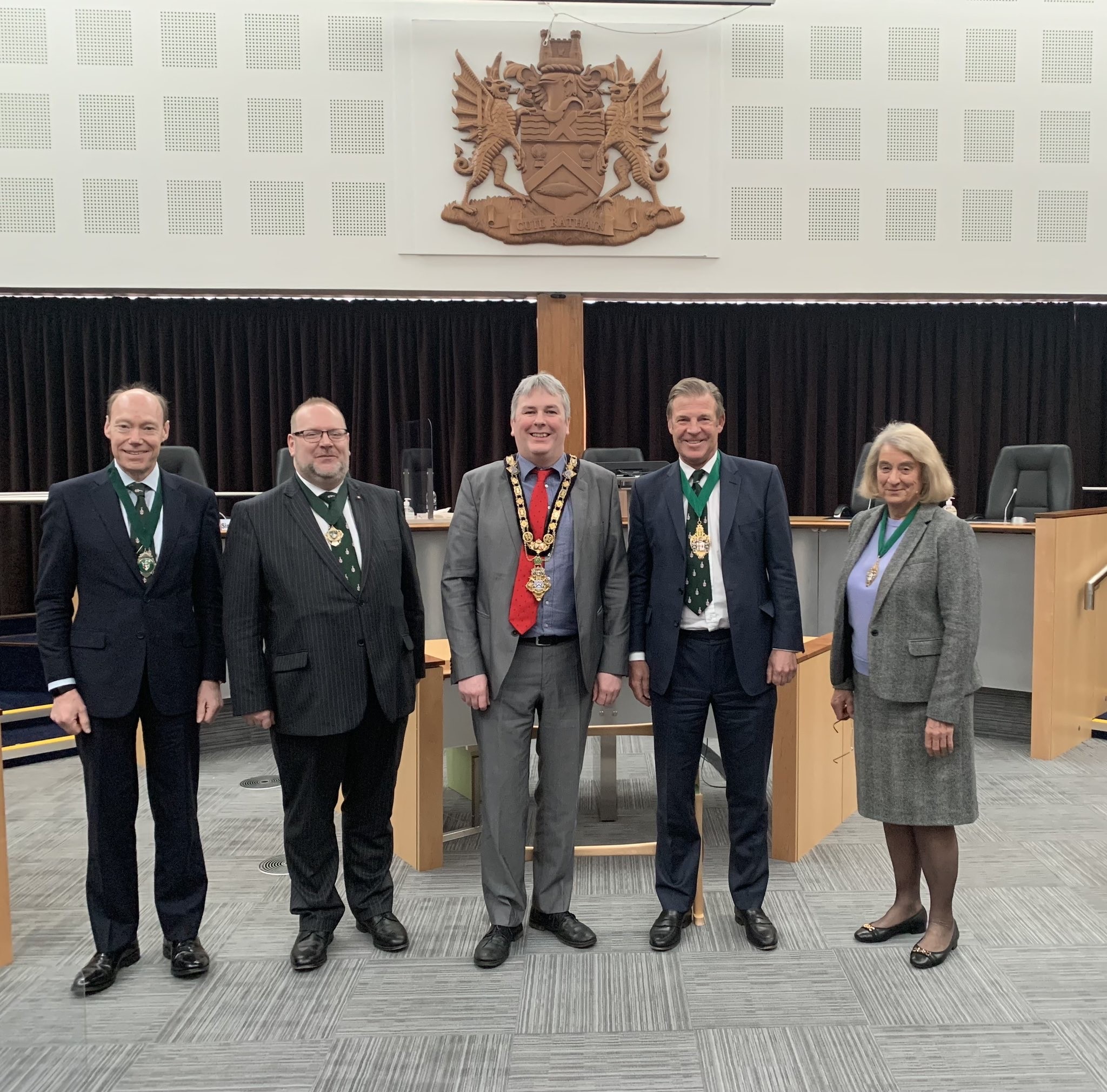