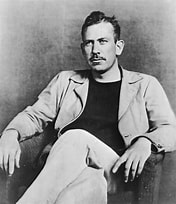 Roe Valley Arts and Cultural Centre is thrilled to partner with the John Steinbeck Festival for a wonderful programme of events celebrating Steinbeck’s connection to the Limavady area through art, music, storytelling and spoken word.

John Ernst Steinbeck Jr. was an American author who was awarded the 1962 Nobel Prize in Literature winner for his writings which often explored fate, injustice and the human condition.  Steinbeck’s grandfather, Samuel Hamilton, was from Mulkeraugh in Ballykelly and the writer visited the area in 1952 to explore his roots, documenting the trip in an article called ‘I Go Back To Ireland’.

East Of Eden, one of Steinbeck’s famous novels, was also published in 1952 and the main character, Samuel Hamilton, was based upon his Ballykelly-born grandfather.

This year’s Festival celebrates his notable connection to Limavady with some wonderful events kicking off on Friday 5th February at 8pm with Mark Carruthers in conversation with acclaimed artist, Colin Davidson. During the evening, they will discuss Colin’s life and work including his famous ‘Silent Testimony’ portraits echoing the suffering of ordinary people struggling with forces beyond their control, as with the migrants coping during the Dust Bowl era on their journey across America. The event will finish with music from the Dust Bowl era by Allan Nicholl.  Tickets cost £8.

On Saturday 12th February the Dust Bowl Photographic Exhibition opens at 12pm, with a subsequent virtual tour by Doulas Bartlett and Harry Coates on Tuesday 15th February at 1pm broadcast via Facebook Live on the Roe Valley Arts Centre page.

Additionally, the local schools Steinbeck Book Cover Competition exhibition will open at the centre with themed book covers designed by primary 6 and 7 students on display.  The overall winners will be announced soon, and their designs will appear on lightboxes on Main Street in Limavady during the Festival.

The Festival continues on Friday 18th February at 7:30pm with the incredibly popular and world renowned Tenx9 presenting an evening of Storytelling on the theme of Dreams, which Steinbeck often explored in his writing. Tickets are free, but limited, so booking is essential.

On Friday 25th February at 8pm, Claire Hanna MP will reflect on her love of John Steinbeck’s work. Claire will discuss his works, themes and read exerts from his books. This is sure to be a great evening for any Steinbeck enthusiasts or those wanting to find out more about Steinbeck's work, with musical accompaniment by Matt McGinn. Tickets cost £5.

Dana Masters, the renowned American blues and soul singer will sing the American Songbook to close the Steinbeck events hosted at the Arts Centre on Saturday 26th February at 8pm.  This promises to be an evening of jazz, blues and soul music not to be missed. Tickets cost £15.

The Festival finale event will be hosted at Roe Park Resort to celebrate Steinbeck’s birthday. Best-selling author Rosie Schaap will speak on ‘Alcohol and America’ with music from The Stumblebums and Eamonn Mailey. Tickets £6.

All bookings for events can be made online at www.roevalleyarts.com or by calling the Box Office on 028 7776 0650.

The Arts Centre galleries are open throughout the Festival as follows: 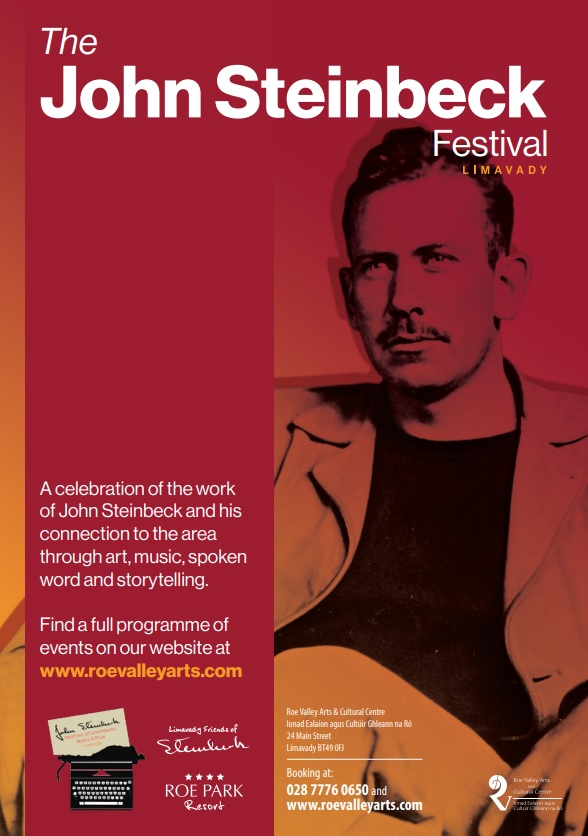