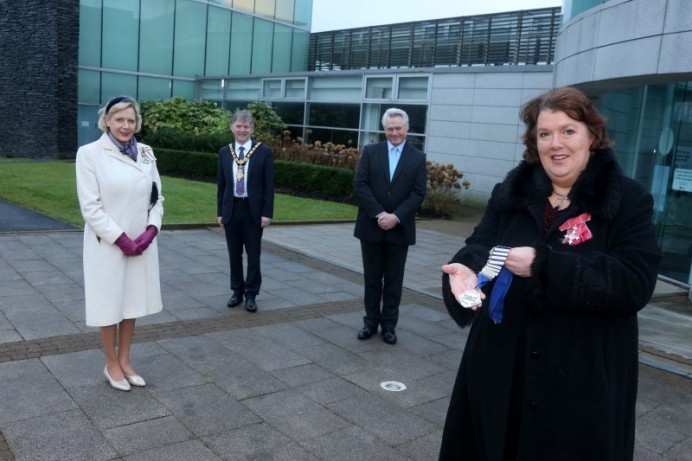 The Mayor of Causeway Coast and Glens Borough Council has offered his best wishes to the new High Sheriff of County Londonderry Paula McIntyre MBE.

The popular chef officially accepted the Chain of Office at Cloonavin on Wednesday 26th January in the presence of outgoing High Sheriff, artist Ross Wilson, the Lord Lieutenant of the County Mrs Alison Millar and Alderman Mark Fielding.

Paula is well known as a chef on both television and radio, as well as being a teacher, author and advocate of local produce.

Speaking after the handover, Alderman Fielding said: “Paula is a fantastic ambassador for the area, and I am delighted to see her taking on this role. I wish her every success for the year ahead, and I know she will seize every opportunity to promote the Borough and showcase its many special attributes, not least our local produce and artisan sector.

Paula, who is originally from Aghadowey, will hold the office of High Sheriff for one year. 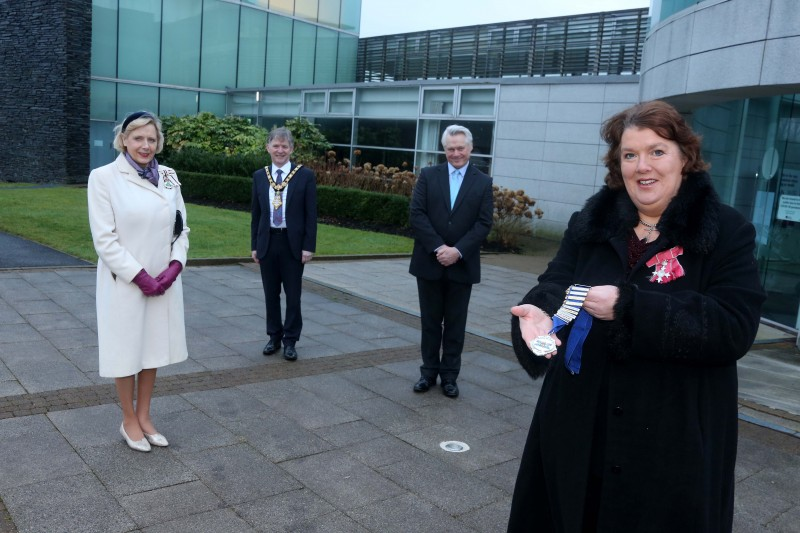