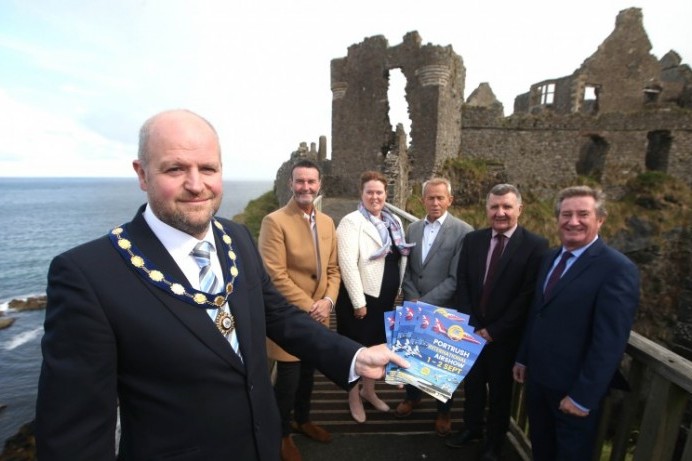 Are you ready for two-days of superb aerial displays matched by a fantastic range of attractions on the ground?

Organised by Causeway Coast and Glens Borough Council, the two-day spectacular enjoys support from a range of businesses and organisations who recognise the benefits of being associated with the prestigious event.

Alongside overall funding from Tourism NI, the event’s Business Engagement Day is sponsored by Invest NI while this year’s STEM Village is supported by MJM Group. The aerial programme is in association with B&E Security Systems (The Typhoon), Arbutus at the Cranagh (Global Stars), Blair’s Holiday Park (Catalina) and Portrush Atlantic Hotel (Wildcat Aerobatics Team).

As the countdown to the event continues, Deputy Mayor of Causeway Coast and Glens Borough Council Councillor Trevor Clarke said: “Portrush hosted its first air show 17 years ago and it now makes a multi-million pound impact on the local economy every summer. There can be no doubt that Air Waves Portrush promises a family focused visitor experience but it also plays an important role in bringing like-minded stakeholders together with the introduction of a business engagement day and the growing popularity of The STEM Village. We are thankful to our sponsors for their important contribution which allows the event to continually grow and develop. By working in partnership we aim to create a memorable experience for all which makes a hugely important contribution to the area.”

The Saturday evening Air Waves Concert is once again organised in association with the famous Morelli family, whose name is synonymous with the Causeway Coast area. It takes place at the Crescent in Portstewart from 7pm, featuring a memorable mix of pyrotechnic air displays, live music and fireworks. This fabulous evening of free entertainment will celebrate the centenary of the RAF through live music from Villa in France and Otis and the Elevators complemented by themed dance displays from Ballroom Blitz. The air displays will be performed by Mark Jefferies in the Extra 300 and Brendan O’Brien in the Piper J3 Cub using wing-fitted Roman Candles, smoke systems, lights and lasers to thrills the crowds as they light up the dusk sky-line. With compere Brian Moore overseeing proceedings and some recognisable film theme music and voiceovers, it’s set to be an unforgettable evening.”

Saturday’s programme also includes the Irish Coastguard S-92 and the MiG-15 while on Sunday visitors can look forward to seeing the Red Arrows and RAF Falcons take to the skies over East Strand.

The first aircraft will take-off on Saturday at 1.20pm with an earlier start on Sunday of 12.30pm.

On the ground, don’t miss the event’s biggest ever STEM Village with a growing range of exhibitors from the education, engineering and medical sectors and hear from special guest Dr Norah Patten, faculty member at the International Space University and Ireland’s first scientist-astronaut candidate with Project PoSSUM (Polar Suborbital Science in the Upper Mesosphere).

To find out more about what is happening across the Borough go to www.visitcausewaycoastandglens.com or call 028 7034 4723. 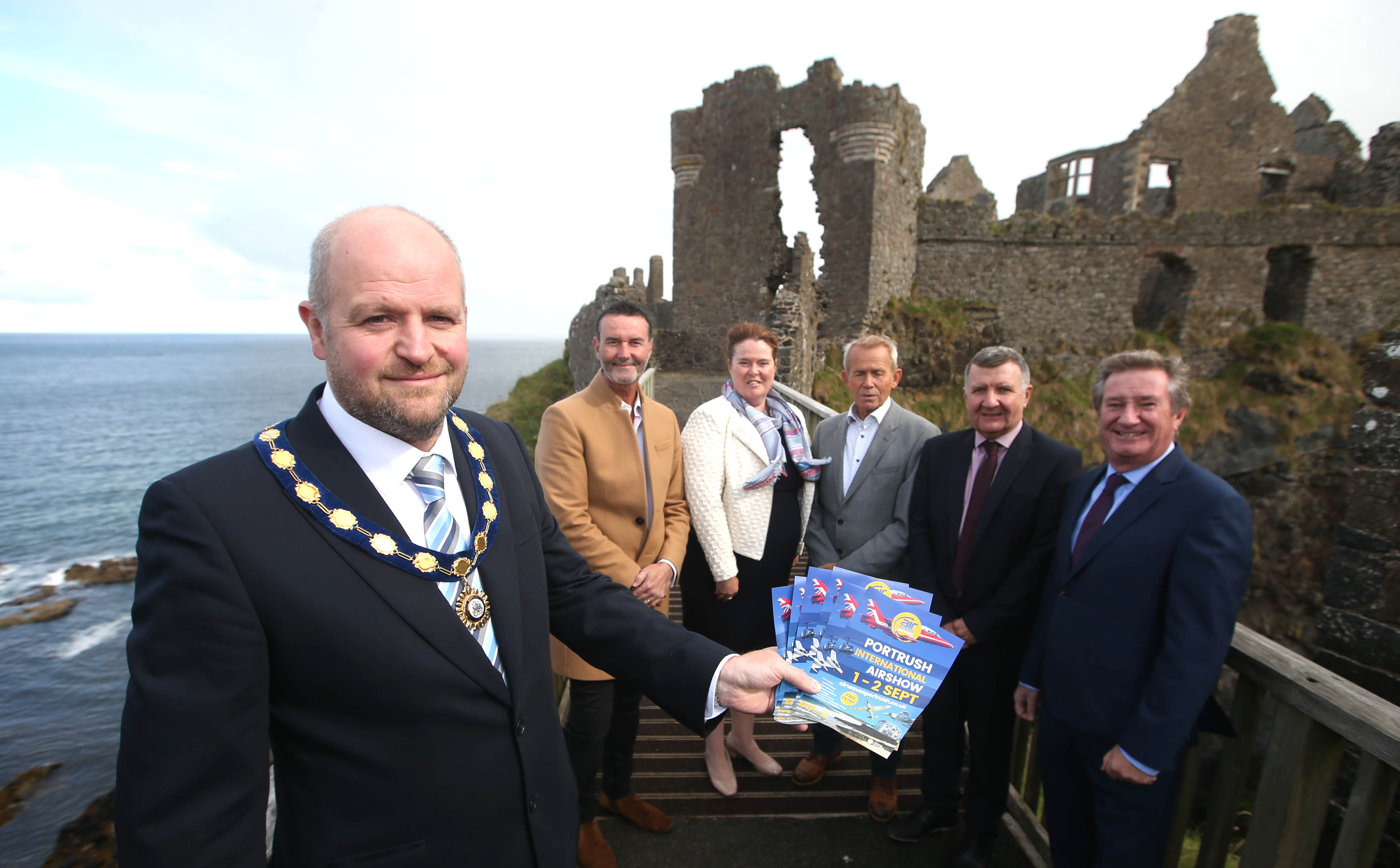