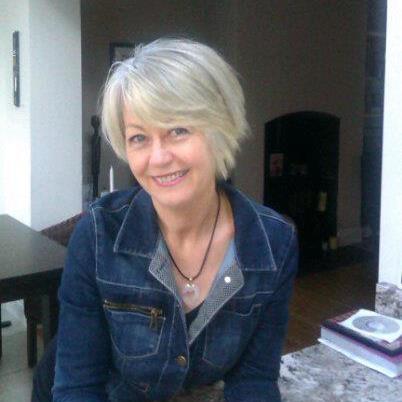 Ursula McHugh is on a mission to help people explore their creative path in life.

Originally from Rasharkin but now settled in the North West after spending time in various parts of Ireland, the trained therapist and yoga teacher is bringing her popular six-week self-discovery course to Flowerfield Art’s Centre in Portstewart for the first time during March.

Appropriately named ‘The Creative Path,’ participants will be guided to unearth their dormant, silenced, or undiscovered creativity, as they begin to forge a more fulfilled and meaningful way of life.

Explaining more, Ursula says: “This course is for those who have felt a desire to rethink, re-evaluate or reinvent your life. If your life events have caused an interruption to your creativity, where perhaps conflicting responsibilities or opposing choices have diverted you away from a previous passion, this programme aims to get you back on that track.”

Such experience is reflected in Ursula’s own life journey, having successfully returned to a love of singing, music and live performances in recent years which first began in her youth. Despite being part of a band in an earlier part of her life, this wasn’t something she pursued and after a lengthy hiatus, she eventually found herself back on the stage.

For those who may think that creativity is not common to all of us, Ursula is quick to reassure: “This is a course for anybody, and to the people saying they’re not creative then I say everybody has an imagination. Creativity and art are not the same thing. The Creative Path is about encouraging a way of creative living so if you already plan meals and cook for your family, love to work in your garden or grow your own food, help your children with their homework, enjoy home making or decorating for special occasions then you are being creative every day without even thinking about.

“It isn’t about finishing the course and becoming a performer; it’s about having fun and getting creative in your daily life.”

Having delivered The Creative Path to great acclaim to groups across the country for over a decade, Ursula’s library of testimonials speaks for themselves. Many graduates of the course have reported not just an improvement in their mental health, but in their physical well-being as well. While life-changing might be an over-used phrase for some, it’s a summary that comes up time and again for those who have already benefited from Ursula’s guidance and wisdom.

In her words, taking part in The Creative Path is comparable to ‘shaking down a mat’ or opening a long-lost box: “What you find is all sorts you had forgot about. You will rediscover elements about your life and yourself within a supportive and creative collective. Everyone taking part will have their own skills, talents and experiences and bringing these together is really magical and helps to make everyone involved accountable.”

Describing herself as a round peg in a square hole, Ursula said that after leaving school she struggled to identify a long-term career path and ended up with ‘a very long CV’ which included various stints in the world of banking, secretarial work, marketing, and events.

Eventually, she would train in Cognitive Behavioural Therapy and stress management which became her life’s ‘anchor’ and helped to inform The Creative Path course as she realised that many others shared her struggles finding a path to a life of greater fulfilment.

After spending seven years working at The Playhouse Theatre as both a therapist and yoga teacher, she recognises the value of amalgamating therapies and personal development while encouraging creative and artistic expression.  In her roles as a CBT practitioner and committed performer, she has honed this unique therapeutic and life-enhancing model to encourage wellness and creativity within all of us.

What can participants expect? For one, you’ll learn to make a commitment to putting yourself first. The workshops are varied but there’ll be a mix of small group exercises, visualisation, and mindfulness along with journaling to complete in your own time.

If further reassurance is required at this point for those concerned that a more introvert personality isn’t compatible with The Creative Path, Ursula says: “For anyone worried about being self-conscious I guarantee you won’t feel that way by the end of the course.

“I know that it is daunting to ask people to develop their creativity and asking people to invest in their well-being may equally meet with resistance. I am inviting people to take a walk on a path to happiness and fulfilment which is the essence of this life changing Creative Path programme.”

The Creative Path begins at Flowerfield Arts Centre on March 4th at 11am and will run on Fridays for six weeks until April 11th. You can find out more by going to www.flowerfield.org or email info@flowerfieldarts.org