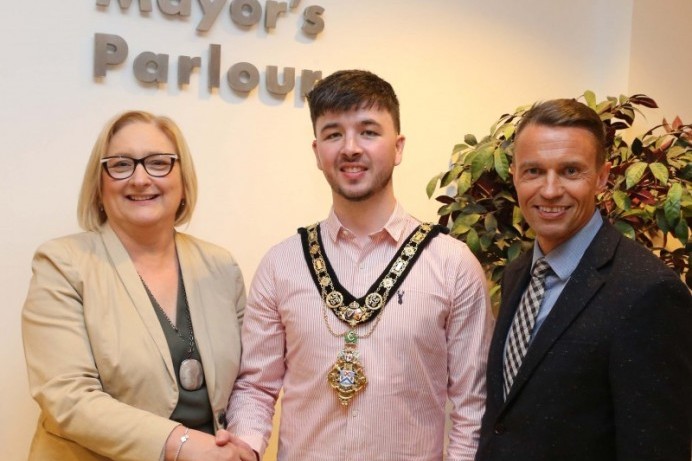 Councillor Sean Bateson has been confirmed as the new Mayor of Causeway Coast and Glens Borough Council.

The position was confirmed at the Annual Meeting on Tuesday 14th May.

The Deputy Mayor for the year ahead is Councillor Sharon Mc Killop.

In his address to the Chamber, Councillor Bateson said he was looking forward to fulfilling his new duties on behalf of all citizens within the Borough.

You can find out more about the role of the Mayor by going to www.causewaycoastandglens.gov.uk/council/mayor