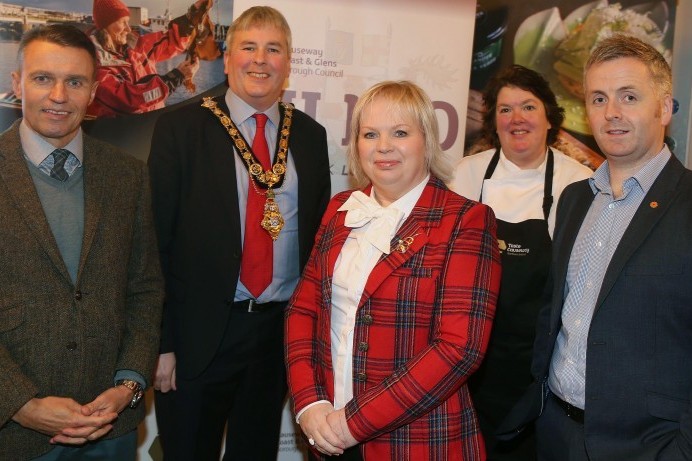 A special celebration of local produce from the Causeway Coast and Glens has been held in the beautiful surroundings of the Arcadia in Portrush.

The evening, which was led by distinguished chef Paula McIntyre, was organised as part of Causeway Coast and Glens Borough Council’s NI 100 programme.

In association with Taste Causeway, invited guests from Council’s NI 100 Working Group joined members of the local food and drink Collaborative Network to learn more about the heritage of our food through the years as Paula guided them through a bespoke tasting menu featuring recipes specially chosen to showcase the area’s food provenance.

This unique history has also been captured by Taste Causeway in a series of video interviews with local businesses who have been part of this story including Bushmills Distillery, Morelli’s Ice-|cream and the Woman’s Institute along with complementary recipe videos where Paula serves up traditional dishes from the last century.

Praising all those who contributed to the occasion, the Mayor of Causeway Coast and Glens Borough Council Councillor Richard Holmes said: “When we were planning our centenary programme to mark 100 years of Northern Ireland, we wanted to celebrate the very best aspects of our Borough, and our artisan food and drink sector is central to this, playing a rich part in our heritage over the past century.

“The produce which originates in our Borough is second to none, and we are very proud of our reputation as a foodie destination which exists thanks to the passion of our people.

“I want to thank Paula McIntyre and her team, everyone from Taste Causeway and all of our producers and suppliers who featured throughout the night. The short videos and the menu combined to tell a very powerful story in the 100-year-old surroundings of the Arcadia building about our world-renowned food and drink, and this is something we should be very proud of.”

At the event Paula McIntyre said: “I really enjoyed working with the Taste Causeway members to capture the history and the stories of the people and the place which makes our food and drink so renowned across the world. I had the opportunity to chat to the Master Distiller at Bushmills Distillery, meet three generations of the Morelli family and have afternoon tea with the Woman’s Institute, as well as cook traditional recipes from different decades in the last 100 years.  It is wonderful that we have been able to capture and preserve this for future generations.”

The series of films produced by Taste Causeway to tell the story of food heritage in Causeway Coast and Glens in the last century include:

You can watch a shortened compilation version of the videos now by going to www.causewaycoastandglens.gov.uk/ni-100/celebrating-100-years-of-food-and-drink-heritage

To find out more about Causeway Coast and Glens Borough Council’s NI 100 programme go to www.causewaycoastandglens.gov.uk/ni-100 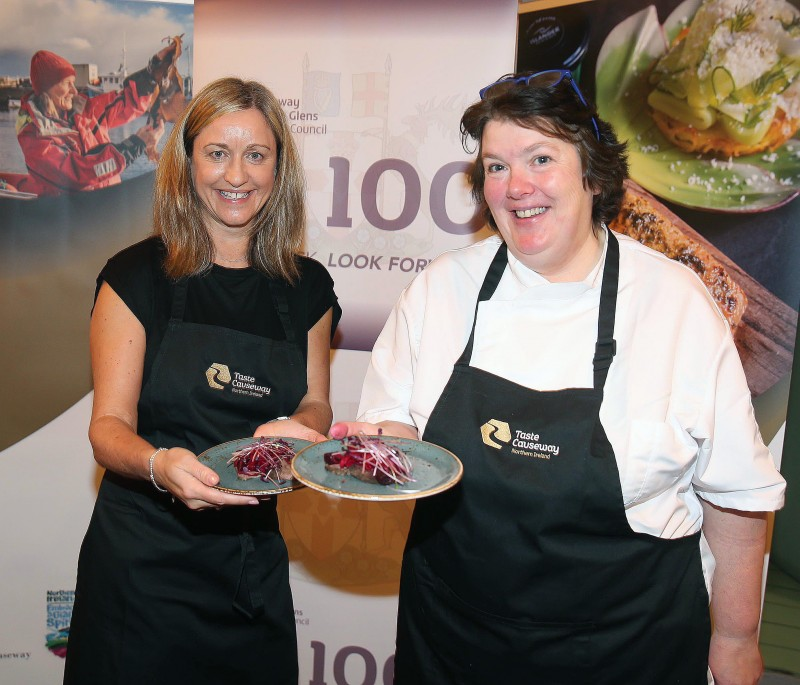 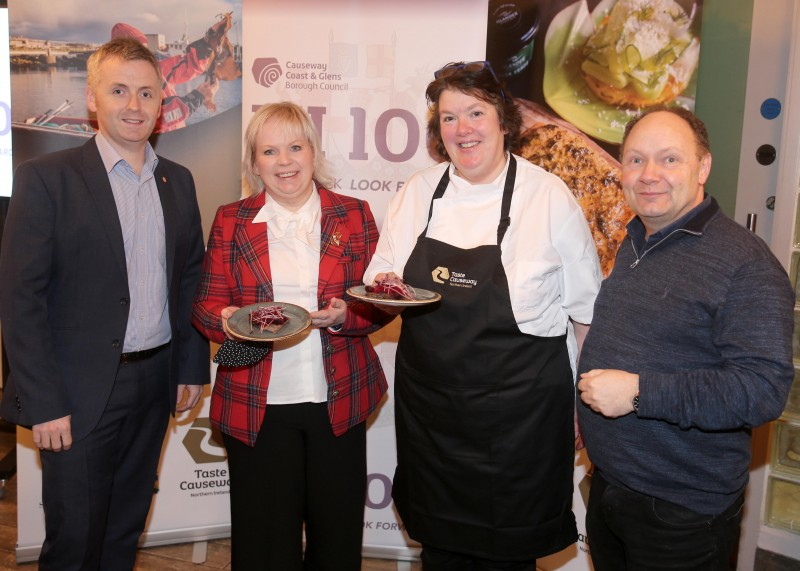 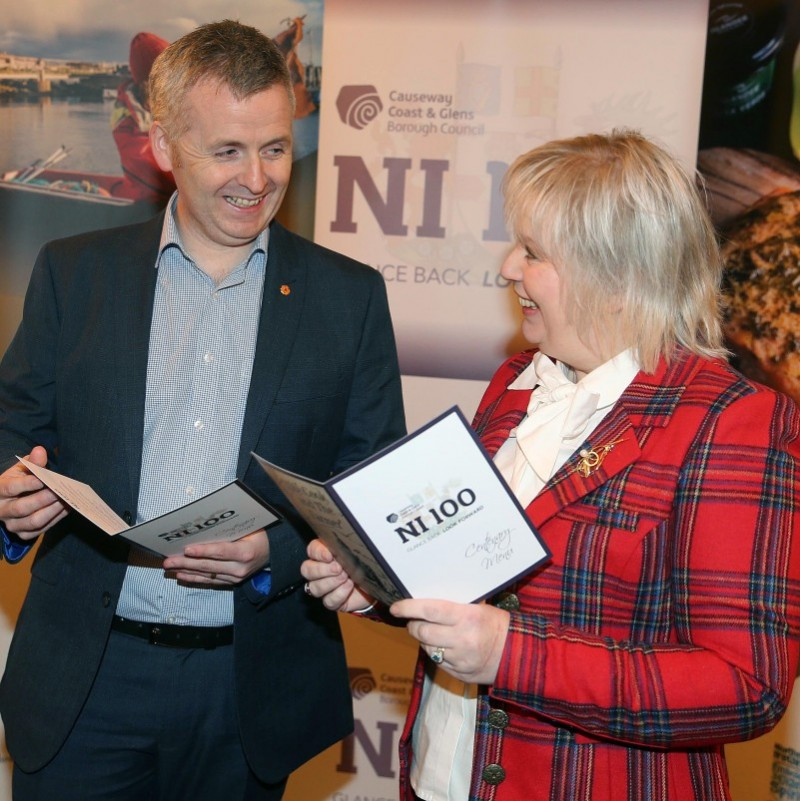 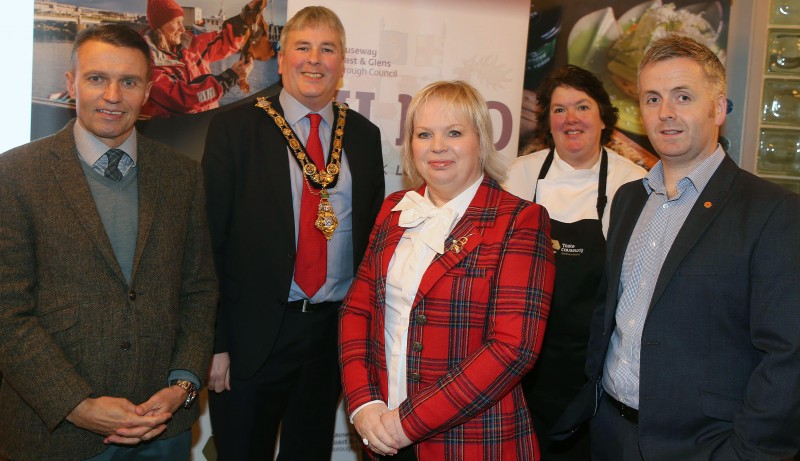 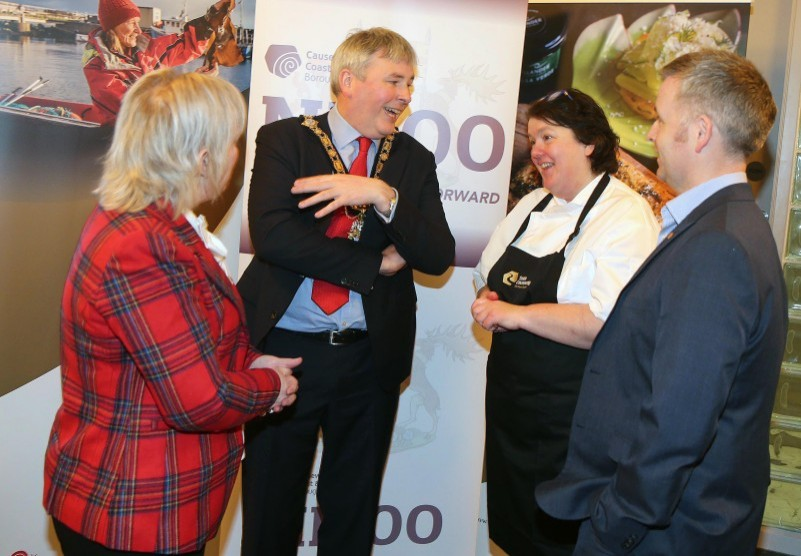 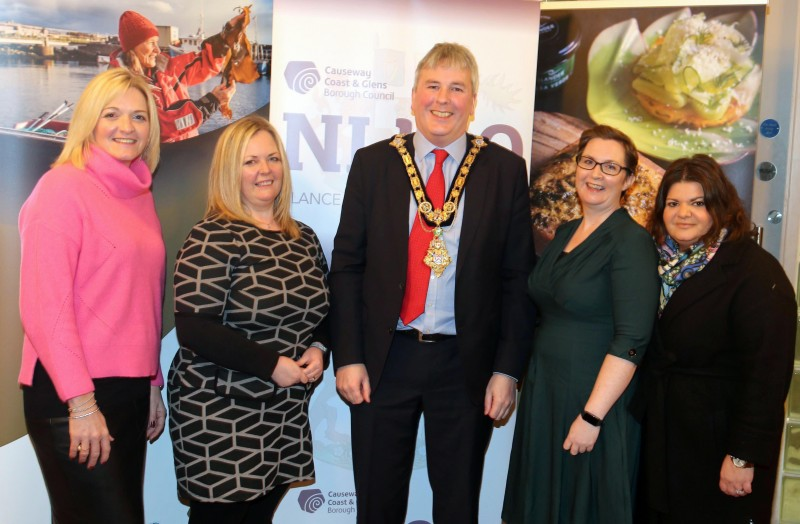 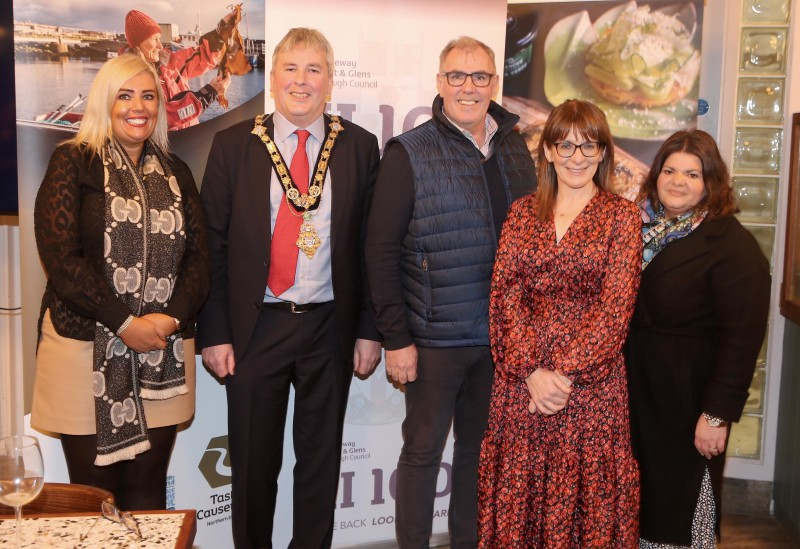 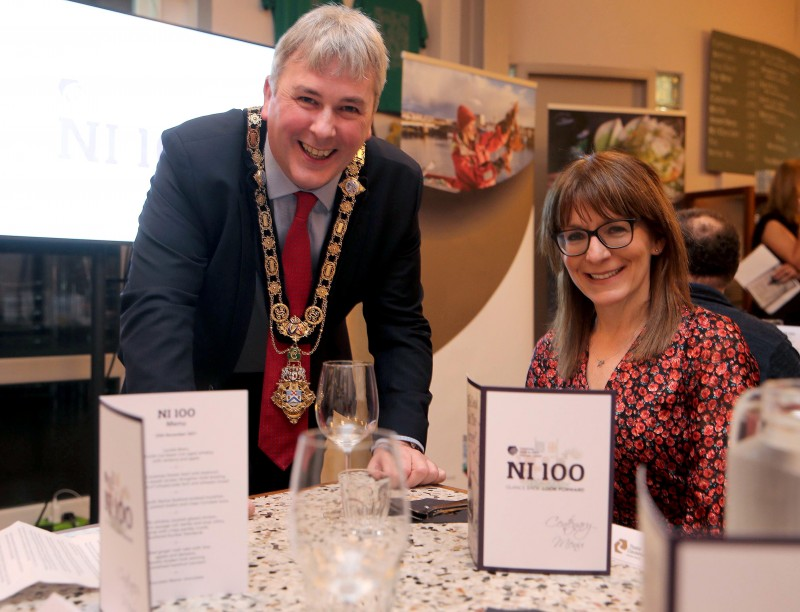