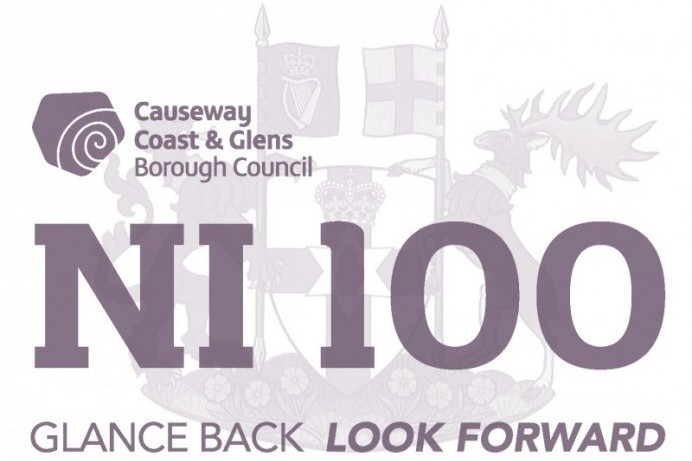 A special finale video has been produced by Causeway Coast and Glens Borough Council reflecting its successful NI 100 programme.

The new video, which is available to watch now on the Council’s website and social media channels, aims to capture an overview of the range of initiatives undertaken across the Borough to mark the centenary of Northern Ireland.

It includes a special appearance from 100-year-old resident Dorothy Cunningham, and footage from Council’s Heritage Games for primary school pupils along with a range of photographs which illustrates the varied civic, sporting, community and arts initiatives which took place throughout the year.

The Mayor of Causeway Coast and Glens Borough Council, Councillor Richard Holmes, who took part in the video, said: “We’re very proud of what we achieved through our NI 100 programme, and the widespread support that it enjoyed in the community with engagement from families, schools, community groups and a host of other partners.

“It was our intention to use the centenary anniversary to celebrate our Borough and our varied range of initiatives allowed us to achieve this.”

The Chair of Council’s NI 100 Working Group Alderman Michelle Knight McQuillan, who also participated in the video, added: “It’s been an honour for me to oversee Council’s programme marking the centenary of Northern Ireland and witness its success and engagement.

“We have so much to be proud of in the Causeway Coast and Glens and the variety of our programme provided us with a timely opportunity to reflect on this.

“Thank you to everyone who participated in the programme in any way – its success is testament to your engagement.”

You can watch the video now by visiting https://www.causewaycoastandglens.gov.uk/ni-100/ or look out for it on our Facebook and Twitter channels.