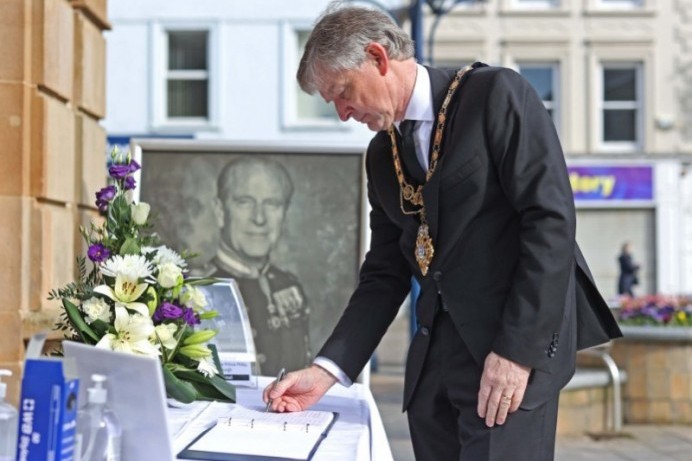 A Book of Condolence for His Royal Highness Prince Philip Duke of Edinburgh has been opened by the Mayor of Causeway Coast and Glens Borough Council.

The gesture from Alderman Mark Fielding will allow members of the public to share their sympathies and support following the death of the 99-year-old consort to Her Majesty The Queen.

In his message, the Mayor said: “My sincere condolences to Her Majesty The Queen and The Royal Family.The unfailing service and dedication to the nation demonstrated by His Royal Highness The Prince Philip, Duke of Edinburgh will remain an inspiration to us all.”

Reflecting on His Royal Highness Prince Philip’s legacy, the Mayor said: “The Duke of Edinburgh has supported Her Majesty The Queen in her Royal duties for more than 70 years and his unfailing service and dedication to the nation will remain an inspiration to us all.

“His loss will be mourned across our Borough, our nation, the Commonwealth and beyond and our Book of Condolence is an opportunity to convey our thoughts and support at this very sad time.”

Alderman Fielding was joined at Coleraine Town Hall to officially open the Book of Condolence by the Lord-Lieutenant of County Londonderry Alison Millar and the High Sheriff of County Londonderry Paula McIntyre. The Deputy Mayor of Causeway Coast and Glens Borough Council Alderman Tom McKeown was also in attendance.

Members of the public can sign the online Book of Condolence here.

The Book of Condolence at the Town Hall will be available to sign Monday to Saturday from 9am to 5pm.

A Special meeting of Causeway Coast and Glens Borough Council, to express condolences and tributes, will be held remotely on Thursday 15th April 2021 at 7pm. 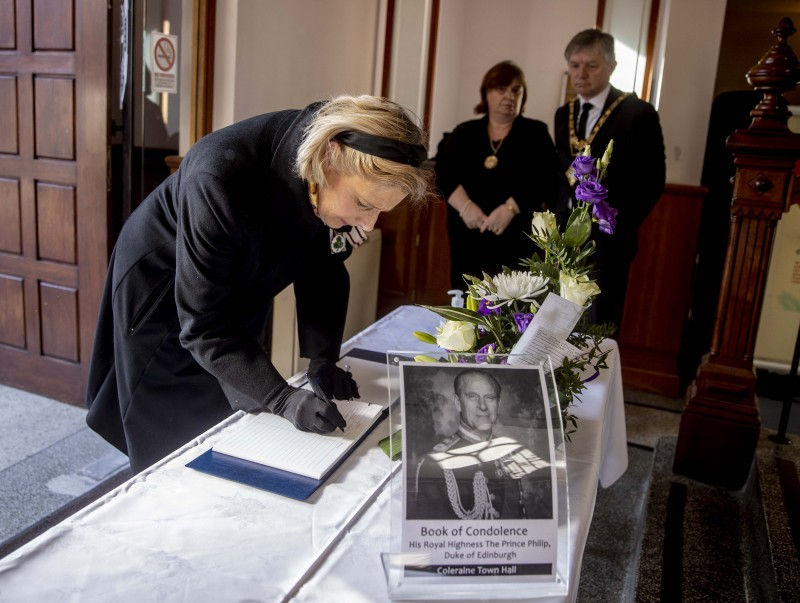 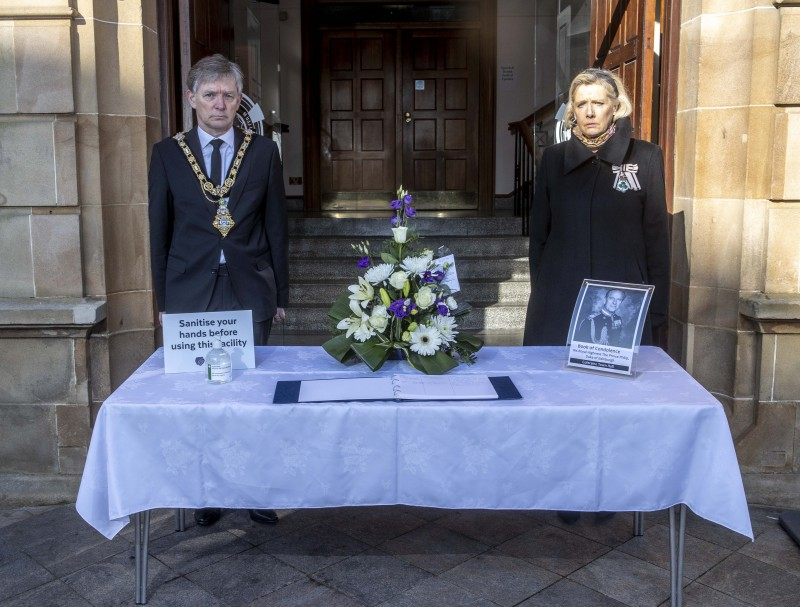 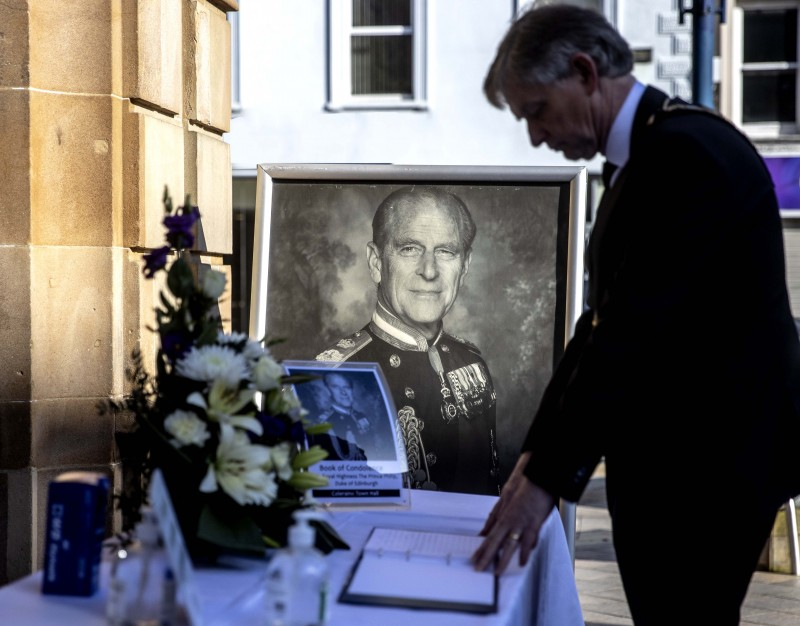 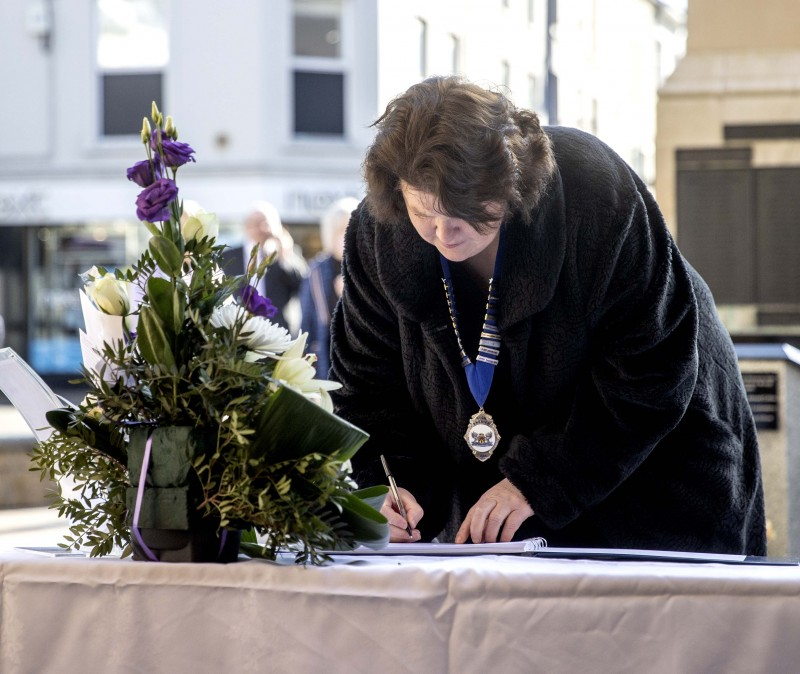 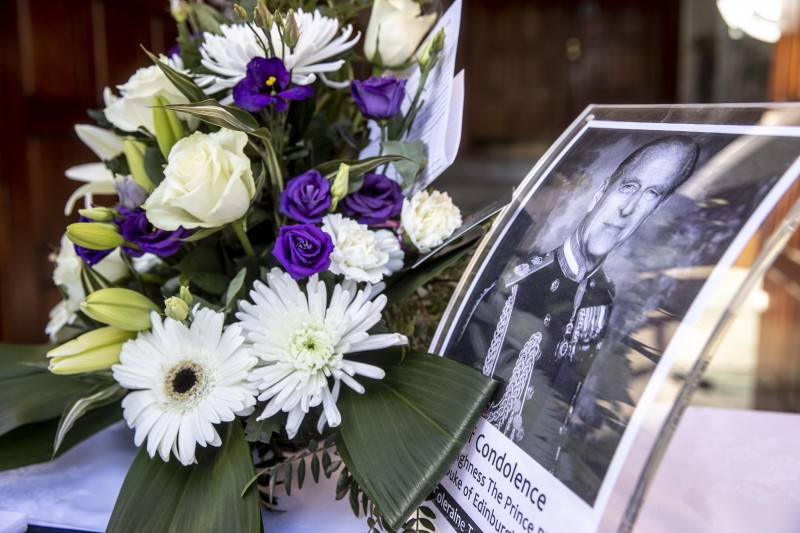 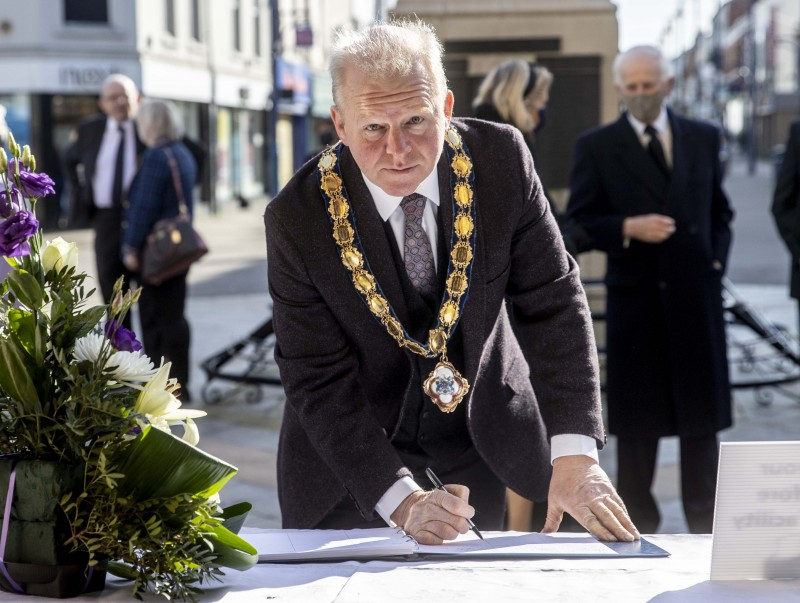 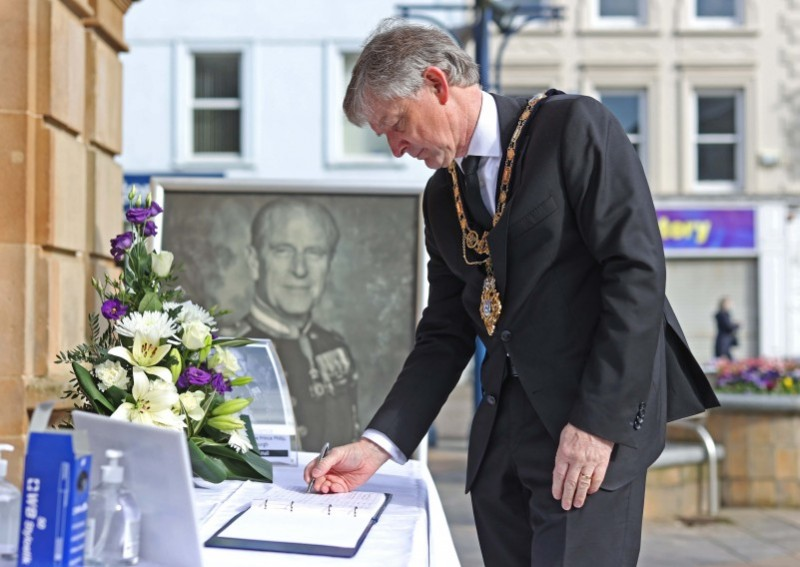