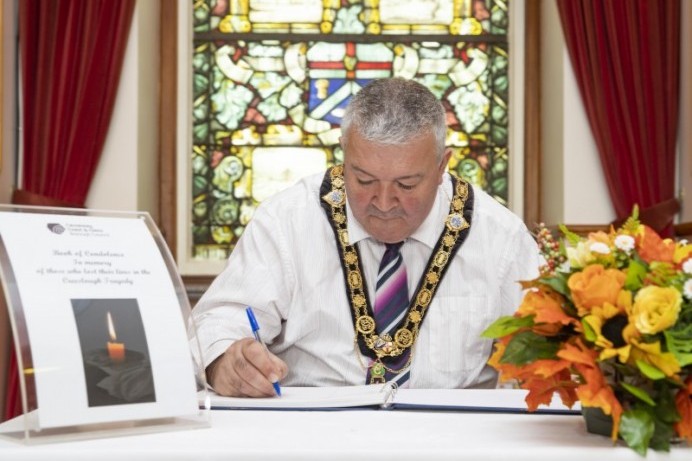 The Mayor of Causeway Coast and Glens Borough Council has opened a Book of Condolence in memory of those who died in the Creeslough tragedy.

10 people lost their lives in a devastating explosion on Friday (October 7th).

Members of the public who would like to leave a message of sympathy can sign a book in Coleraine Town Hall or an online version is available on the Council’s website.

A minutes’ silence was observed at the full Council meeting held on Tuesday (October 10th) to remember those who died.

The Mayor, Councillor Ivor Wallace, said: “I was very saddened to hear the terrible news from Creeslough over the weekend, and I don’t think any of us could fail to be touched by what has happened there.

“I have been in that shop myself many times, and it was always such a friendly place. My thoughts and prayers go out to all those who have been affected.

“This is a devastating event for the small village, and I hope that the community there finds the strength to get through these darkest of times.

“On behalf of the people of the Borough, I express my most sincere sympathy to everyone who has been touched by this unimaginable tragedy. I hope in the weeks and months ahead they can take some comfort from the collective outpouring of love and sympathy which has been expressed in the wake of the disaster.”

The online Book of Condolence is available at https://www.causewaycoastandglens.gov.uk/council/book-of-condolence

Coleraine Town Hall is open to the public Monday – Saturday 9am -5pm. 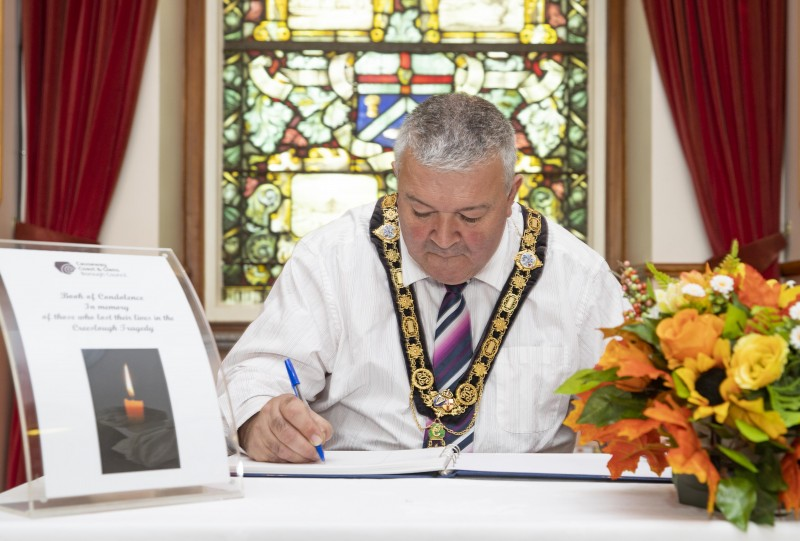 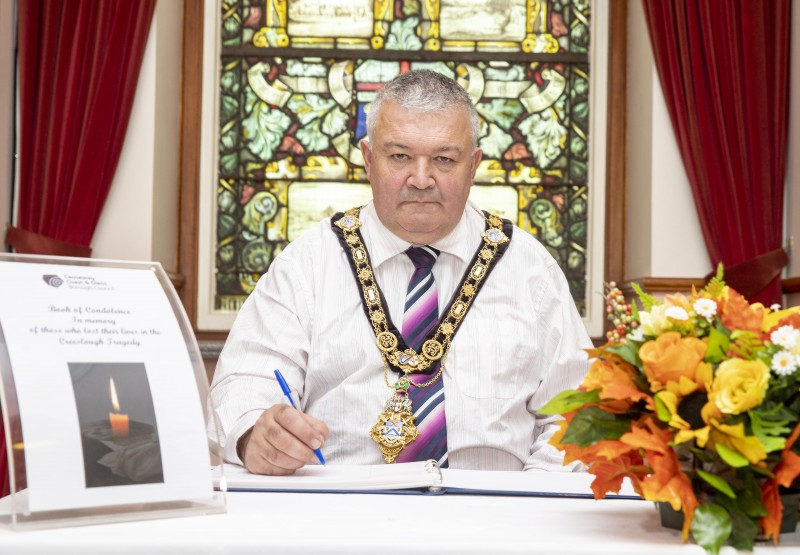