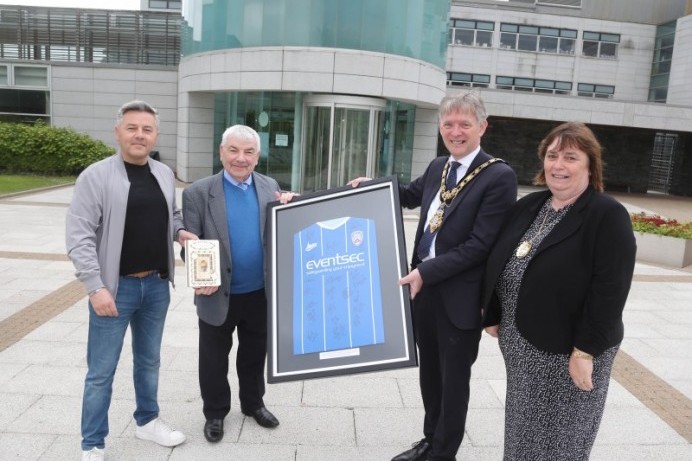 Birthday wishes for George Robinson MLA from the Mayor

Mr Robinson was joined by family members for the special occasion hosted by Alderman Mark Fielding, where he received a framed signed Coleraine FC jersey.

Offering his best wishes, Alderman Fielding said: “As a lifelong fan of Coleraine FC, I was delighted to recognise George’s birthday in this way.

“Throughout his life, he has dedicated so much to his role as a public representative, serving initially as a Councillor in Limavady and then later taking his seat as an MLA at Stormont.

“I want to thank George for all he has done throughout the years and for his continued hard work and commitment as an Assembly member.” 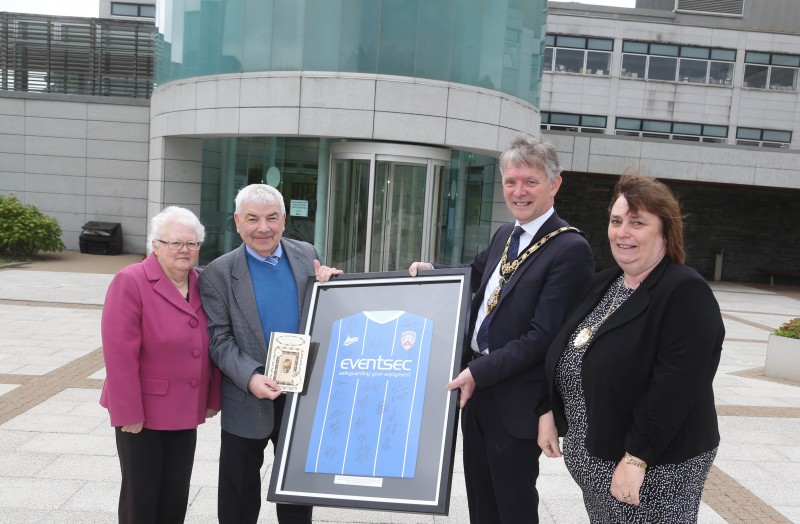 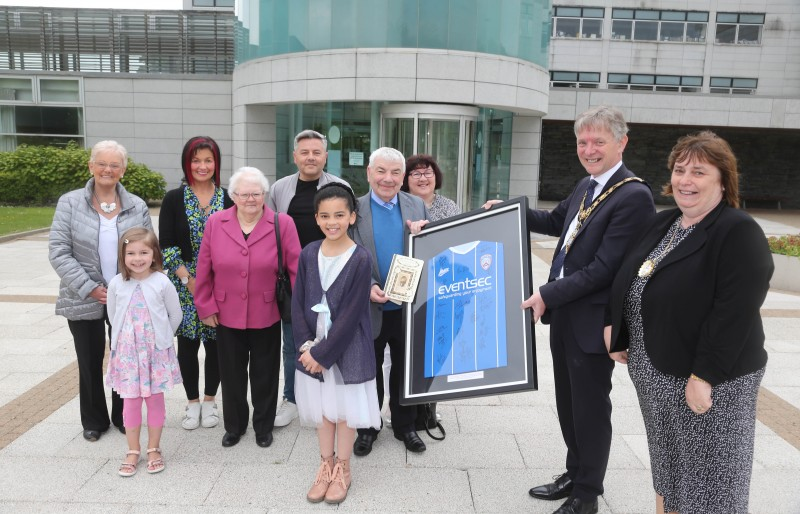 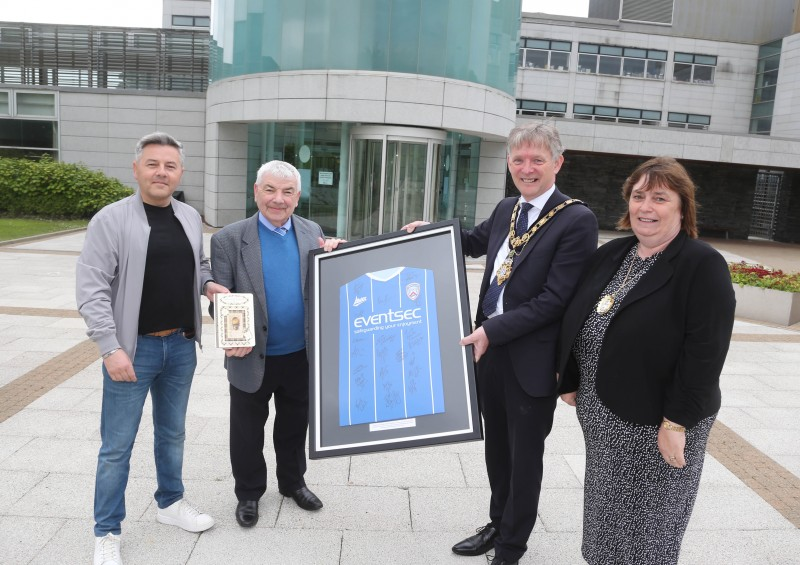