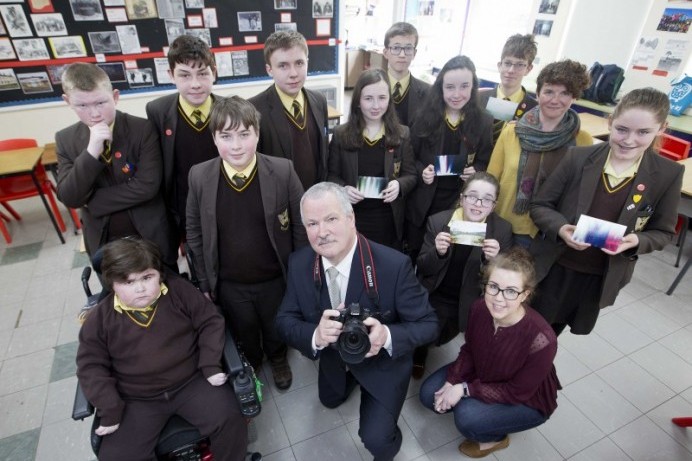 Friends of Ballycastle Museum showcased local photographs and songs from the Sam Henry Collection at an event in Portnagree House as part of the Rathlin Sound Maritime Festival.

Causeway Coast and Glens Borough Council’s Museum Services have been working with the Friends of Ballycastle Museum on the Sam Henry: Connecting with the Past, Collecting for the future project.

The project gave the group hands on access to the collection, which they were able to interpret and share with their local community. They organised an evening of local songs sang beautifully by members of the Ballycastle Comhaltas. The songs were all collected by Sam Henry in Ballycastle and the surrounding region or were about the local area. The Friends gave a fascinating talk on some of the photographs in the collection – adding a great amount of detail about people and places featured. Some of Sam’s glass slides were displaid using a magic lantern, as he would have done when presenting them in lectures that he gave across Northern Ireland. To think that these haven’t been shown like this since Sam last used them possibly 75 years ago is remarkable.

The Museum Service has also been working with pupils from Cross and Passion School in Ballycastle. The students were interested in Sam’s cameras and photograph collection, particularly the images of places that they recognised and could identify with. After making their own pinhole cameras, the pupils photographed their local area and experimented with Polaroid cameras and other SLR film cameras. For these students this was possibly the first time that they had taken a photograph and not instantly seen the end result. Some of their photographs featured at the Friends of Ballycastle Museum event and all of them will be added to the Northern Ireland Community Archive – www.niarchive.org/coleraine/

Sam Henry was born in 1878 in Coleraine. He was an avid folklorist, historian, photographer, ornithologist, naturalist, genealogist and musician. Through his work he formed relationships with an older generation and recorded aspects of their lives that are now all but forgotten. “In my contact with the old, who have all now passed away,” he wrote, “I had the rare privilege of sharing their folk lore and their old songs.” Sam is perhaps best known for his ‘Songs of the People’ series which ran in the Northern Constitution between 1923 and 1938. It published songs known, plaid and sung by people across Northern Ireland.

This project is part of a wider programme Sam Henry: Connecting with the Past, Collecting for the Future, funded by the Esmee Fairbairn Collections Fund and administrated by the Museums Association. 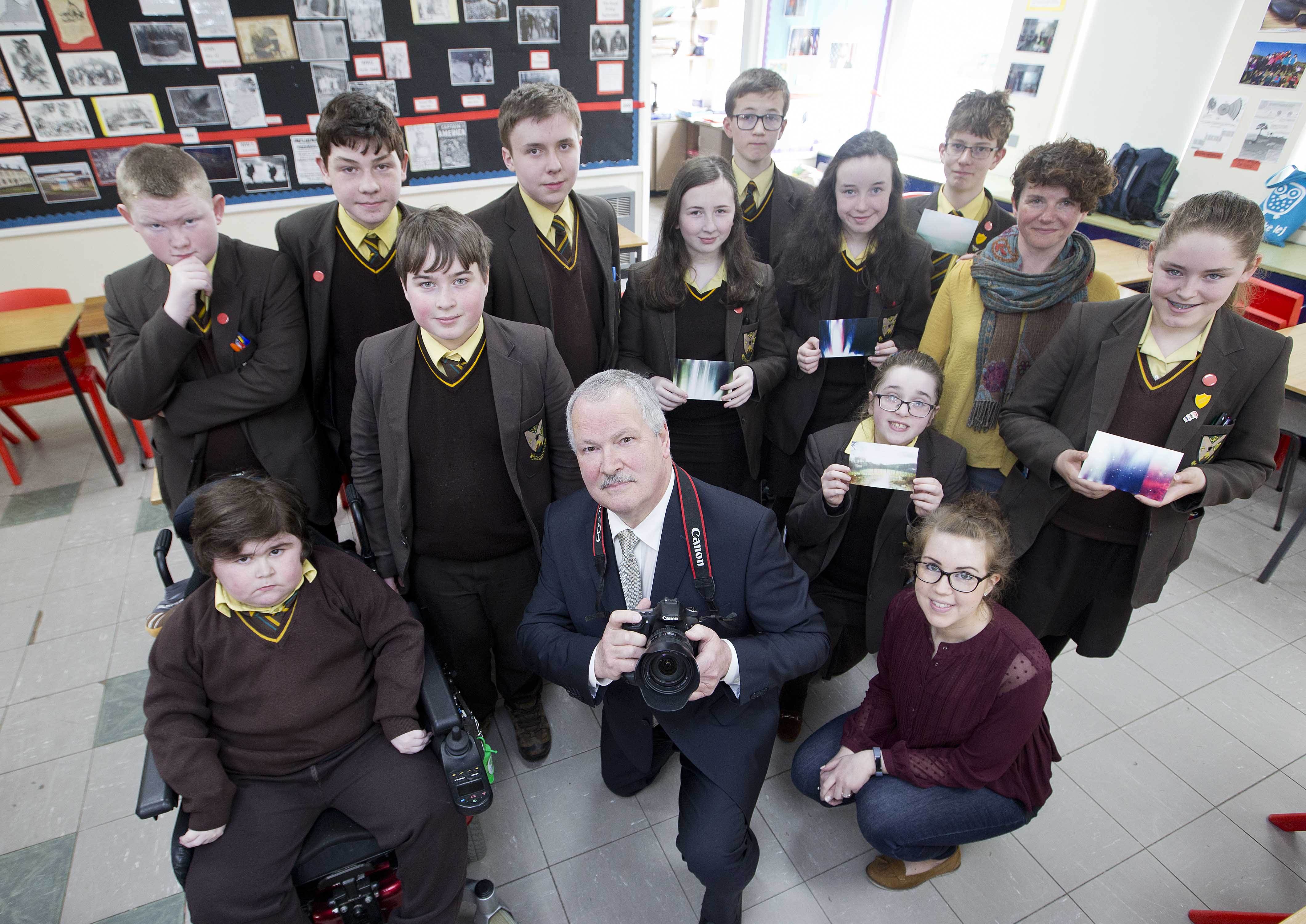 Children from Cross and Passion School in Ballycastle pictured with Sam Henry’s grandson Gordon Craig and Gemma Reid from Quatro who delivered the photography workshops. 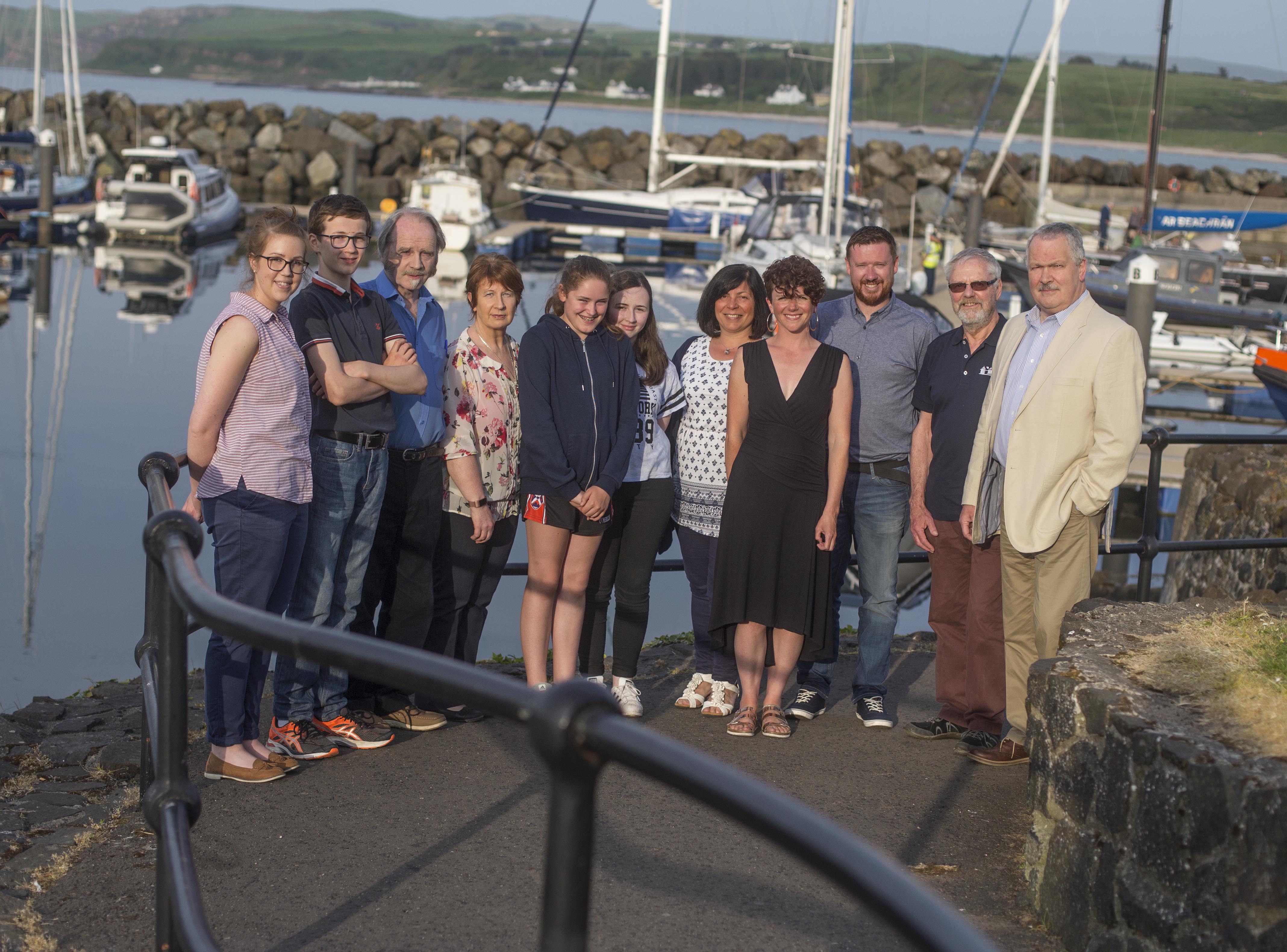 Friends of Ballycastle Museum volunteers who showcased local photographs and songs from the Sam Henry Collection at an event in Portnagree House as part of the Rathlin Sound Maritime Festival.