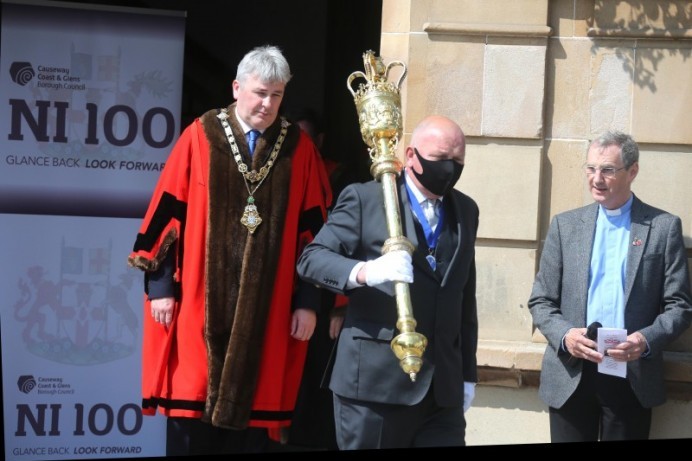 Elected members, including the Mayor Councillor Richard Holmes, attended the Covid-compliant event at the Diamond alongside the Lord Lieutenant for County Londonderry, Mrs Alison Millar and representatives from the Royal British Legion.

Speaking afterwards, the Mayor commented: “I was pleased to have this opportunity to remember the service and courage of our Armed Forces, along with their families, veterans and cadets at the beginning of Armed Forces Week.

“The Armed Forces Day flag is now flying at Coleraine Town Hall as an important gesture of respect for all those who serve or have done so in the past. I would like to give a special mention to all those within Causeway Coast and Glens who have lived a life of service as we remember the borough’s proud connections with the Armed Forces.

“Today’s event allowed us to give thanks for their dedication and commitment including their contribution during the pandemic where they played an important supporting role alongside our healthcare professionals.”

You can find out more about Armed Forces Day by going to www.armedforcesday.org.uk. 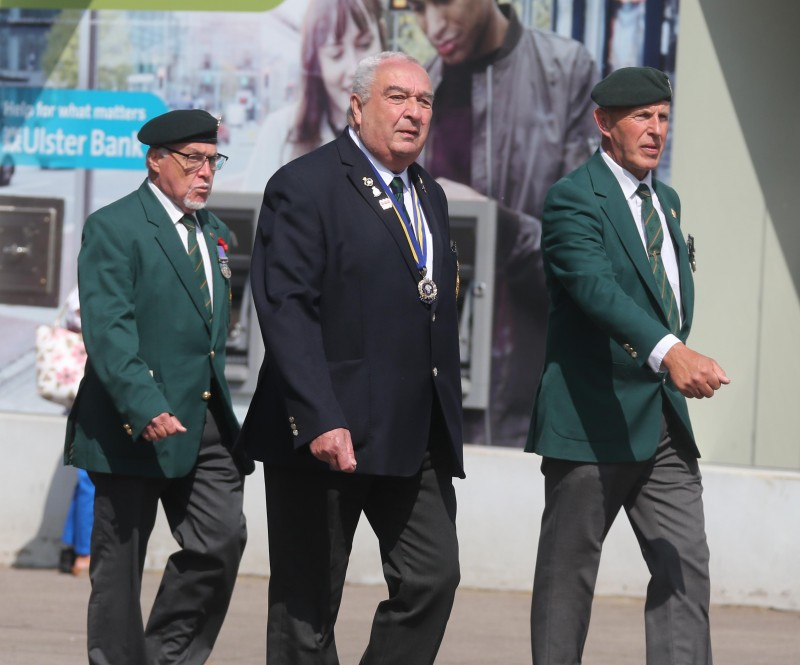 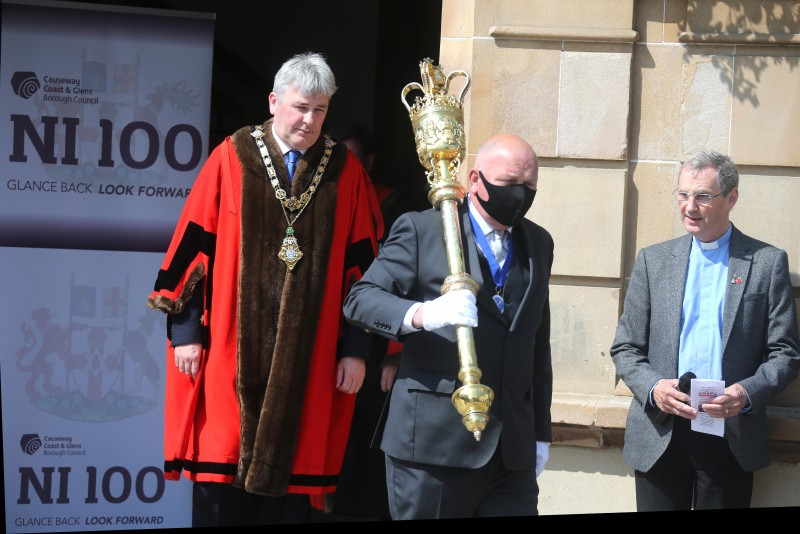 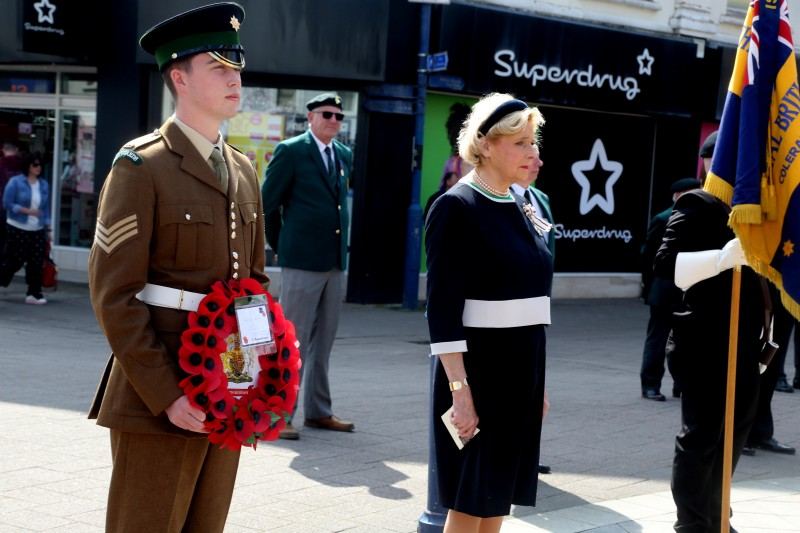 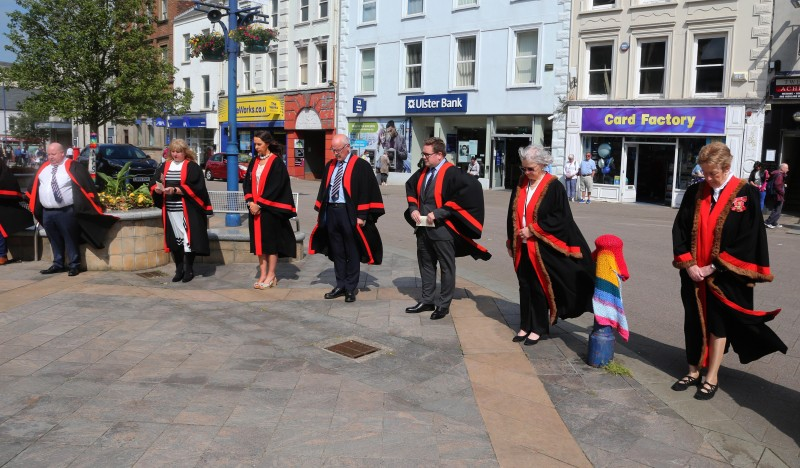 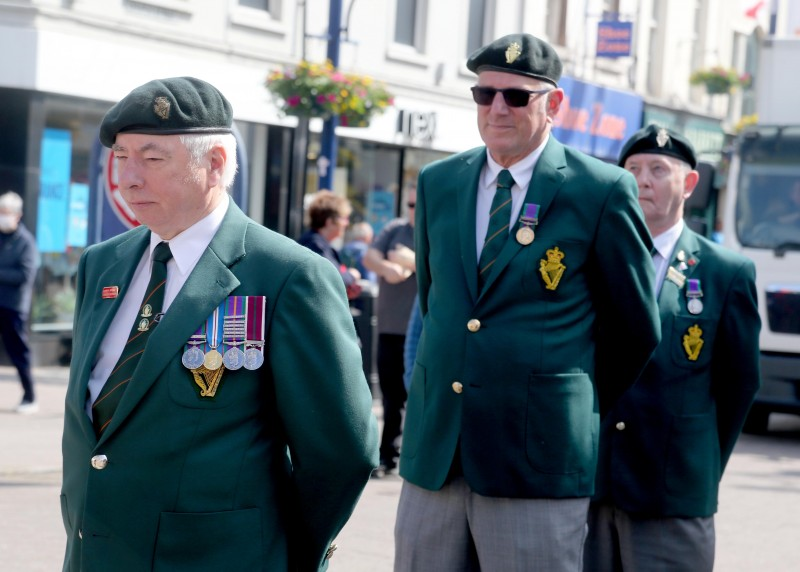 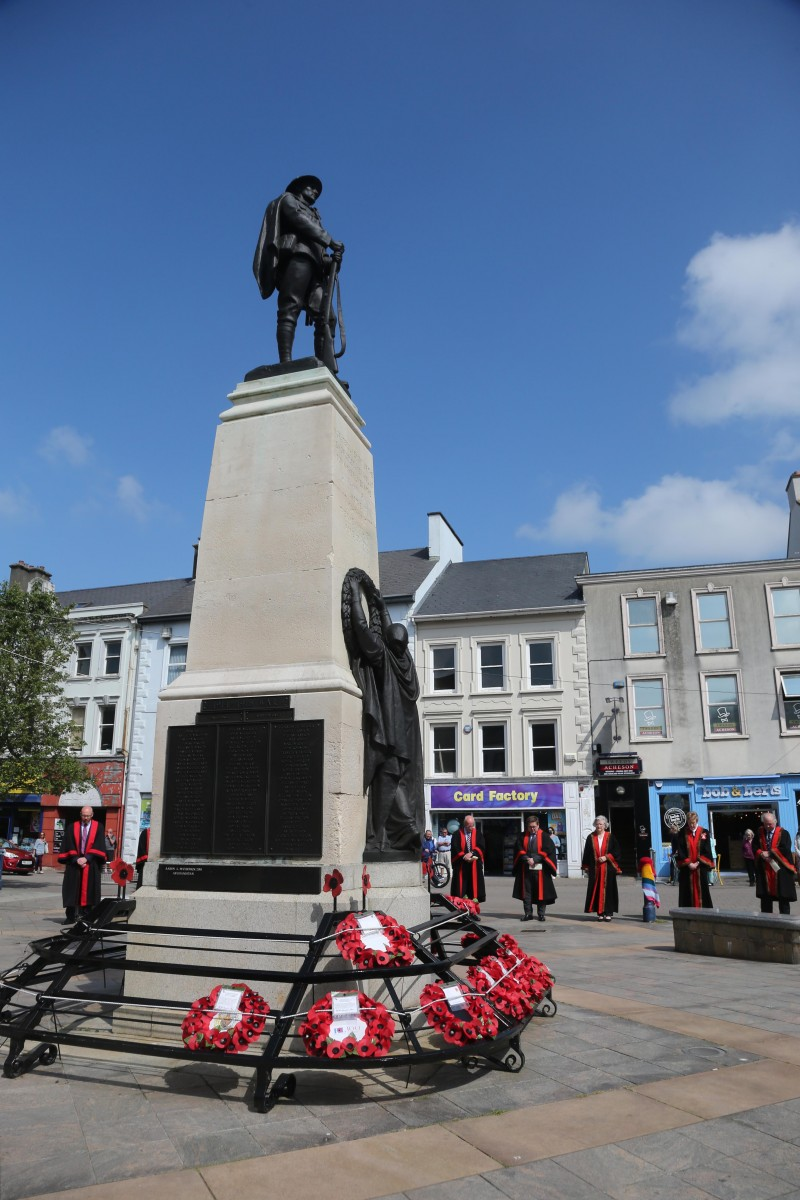 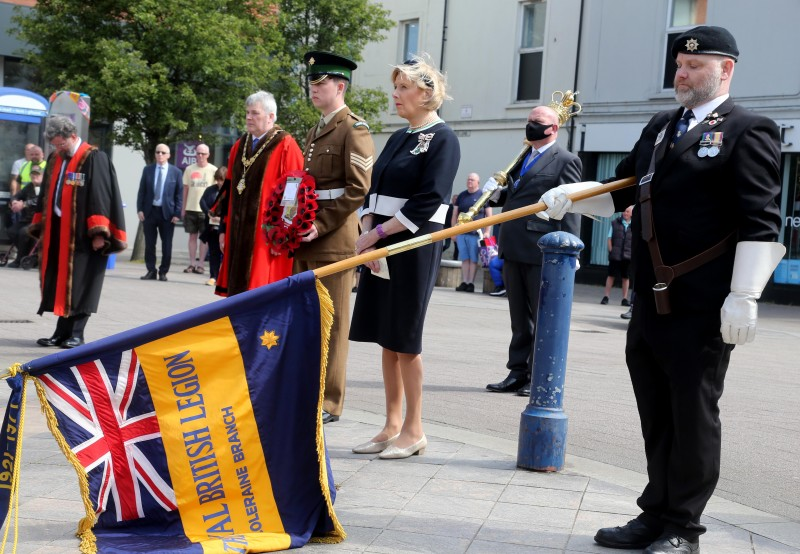 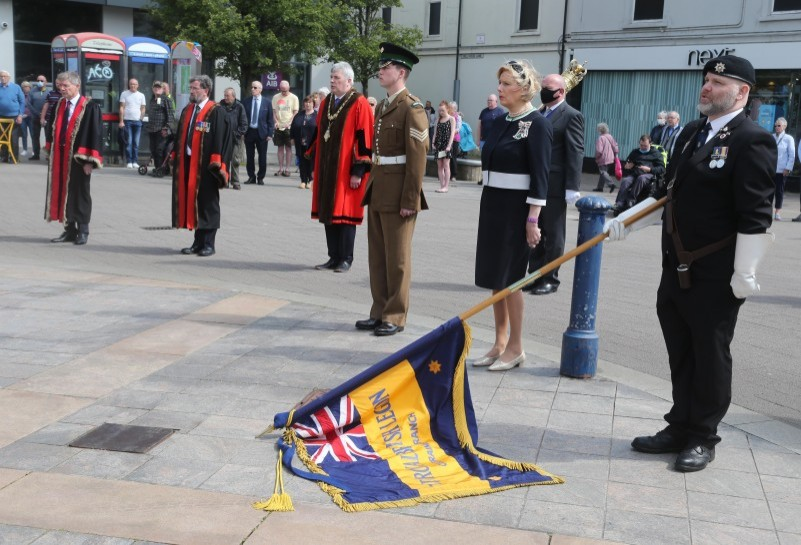 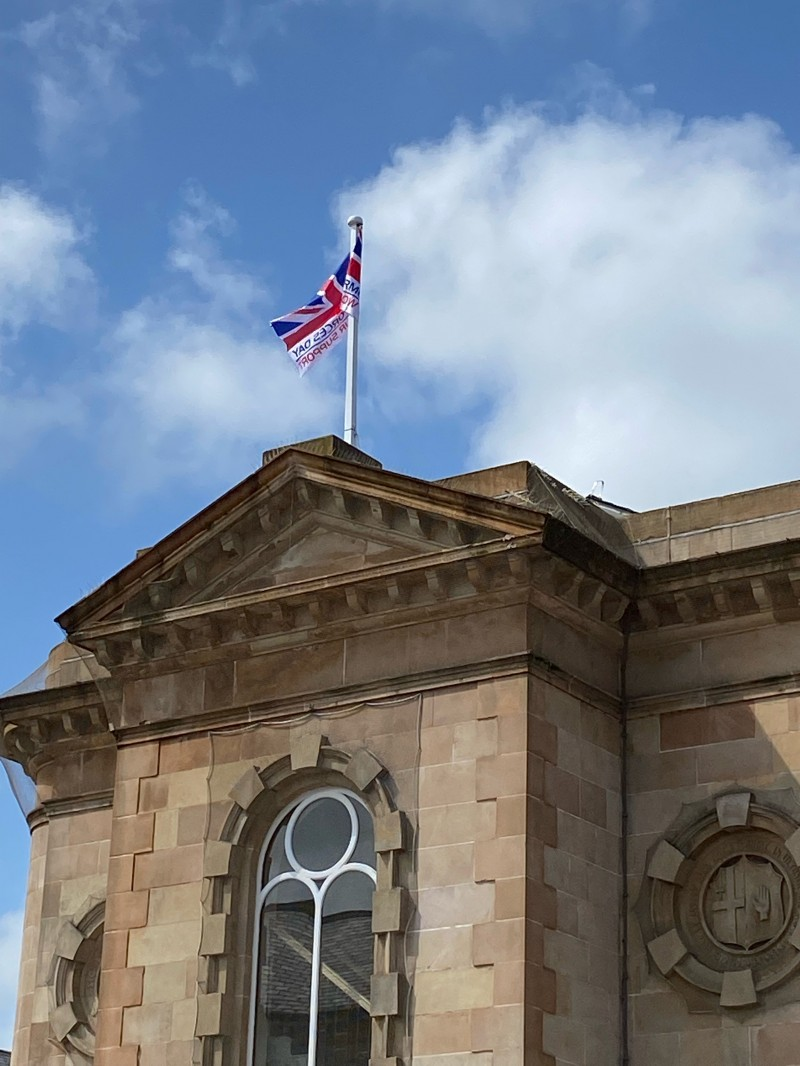