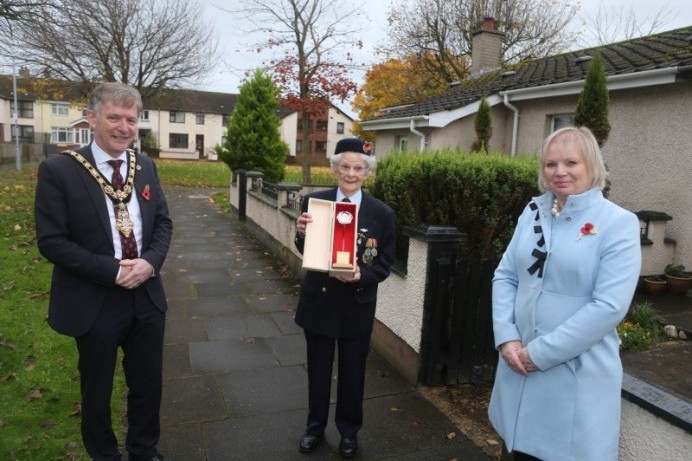 A series of bespoke silver Poppies of Remembrance have been presented to World War II veterans by the Mayor of Causeway Coast and Glens Borough Council.

Alderman Mark Fielding said it was an honour to meet the individuals, their family members and carers ahead of Remembrance Sunday.

Together with Council’s Veterans’ Champion Councillor Michelle Knight McQuillan the Mayor hand delivered the specially commissioned poppies to recipients from a number of service areas including the Women’s Auxiliary Air Force, the Royal Air Force, the Royal Navy, the Royal Irish Fusiliers and the Royal Electrical and Mechanical Engineers.

Alderman Mark Fielding said: “It was a privilege for me to hand deliver these beautiful silver poppies as a token of our gratitude for these men and women and the role they played during World War II.

“We are extremely proud of our strong military links and this gesture highlights how the people of our Borough were to the fore during the significant events of 75 years ago.

“As we look ahead to Remembrance Sunday, we want to convey our continued thanks to those whose selfless sacrifice and bravery helped to secure the freedom we enjoy today. Our veterans are a very special part of our community, and this opportunity will remain with me as a highlight of my Mayoral year.”

The presentation of the poppies followed a motion proposed by Councillor Alan McLean in August 2019 which called for all surviving veterans of World War II, including those in the Merchant Navy, resident in the Borough to be presented with a commemorative Poppy of Remembrance to ‘mark their service in the fight against Fascism and Nazism’. 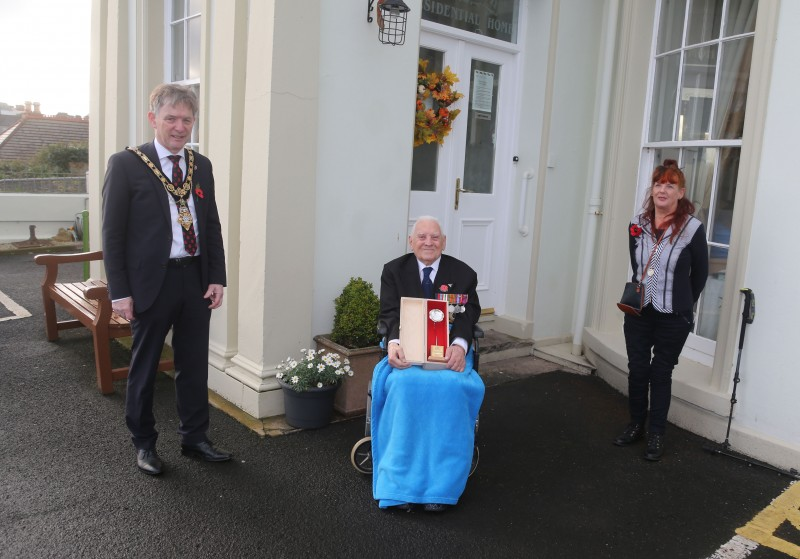 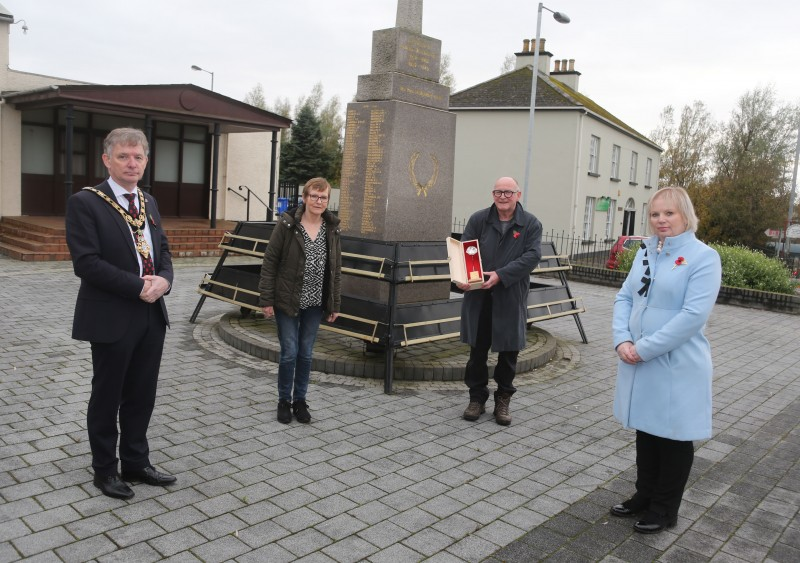 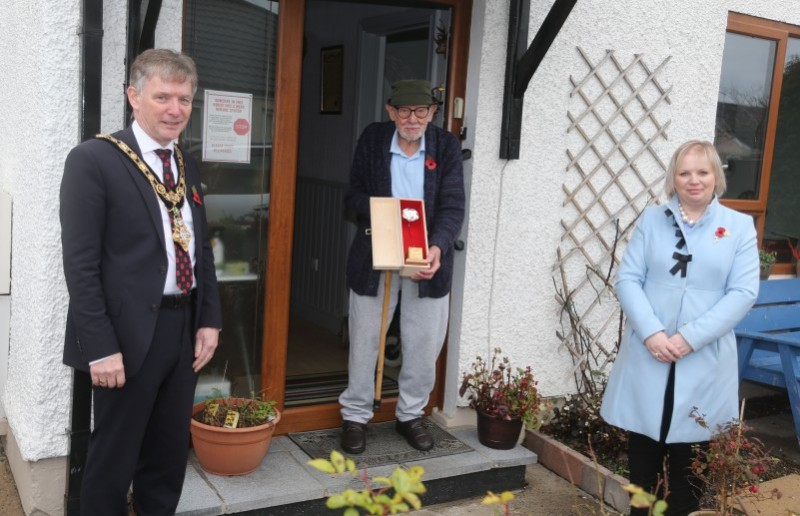 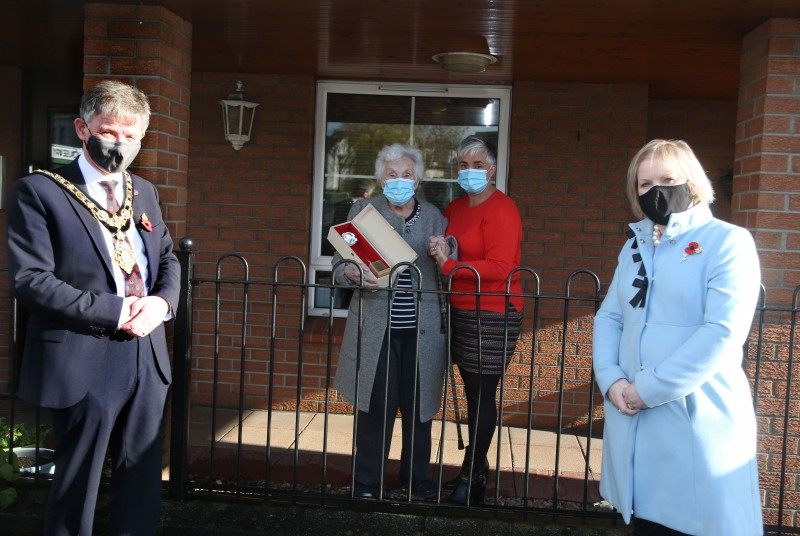 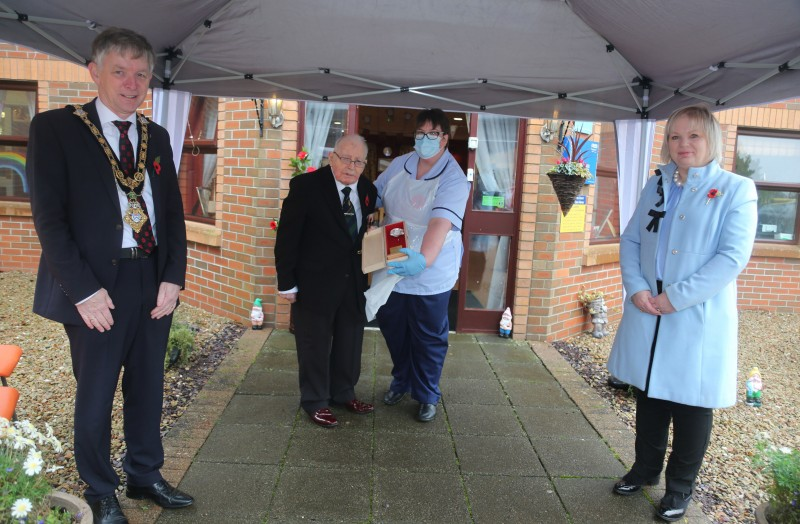 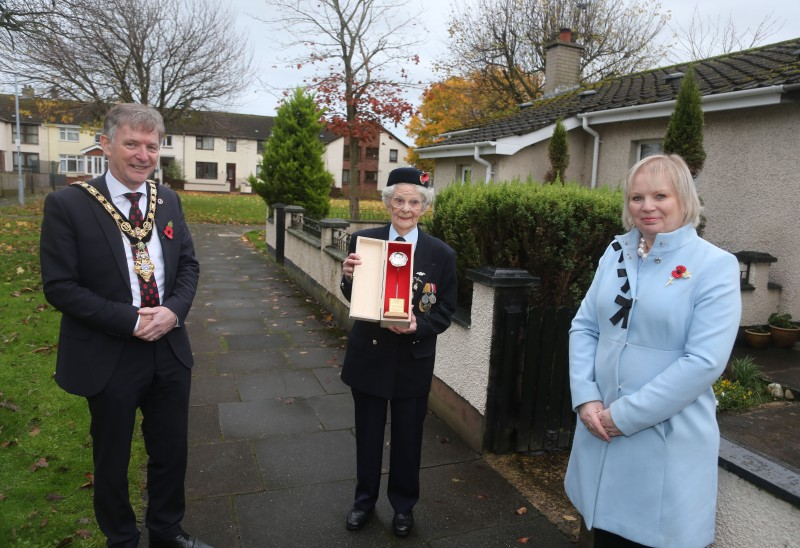 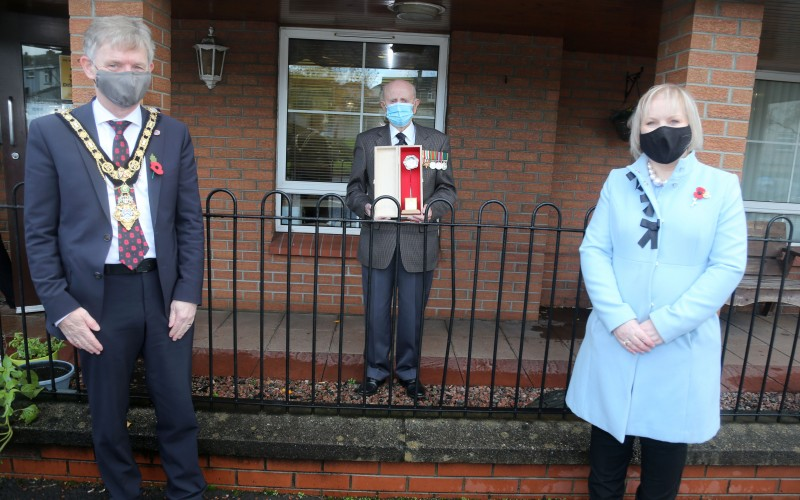 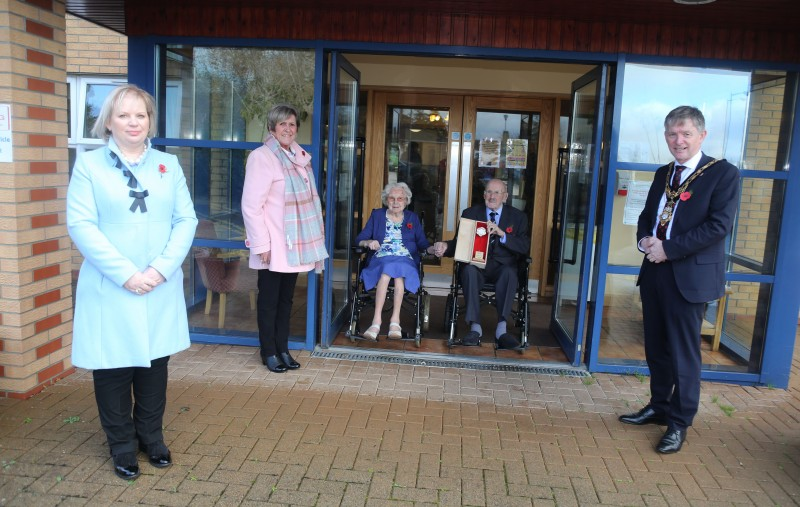 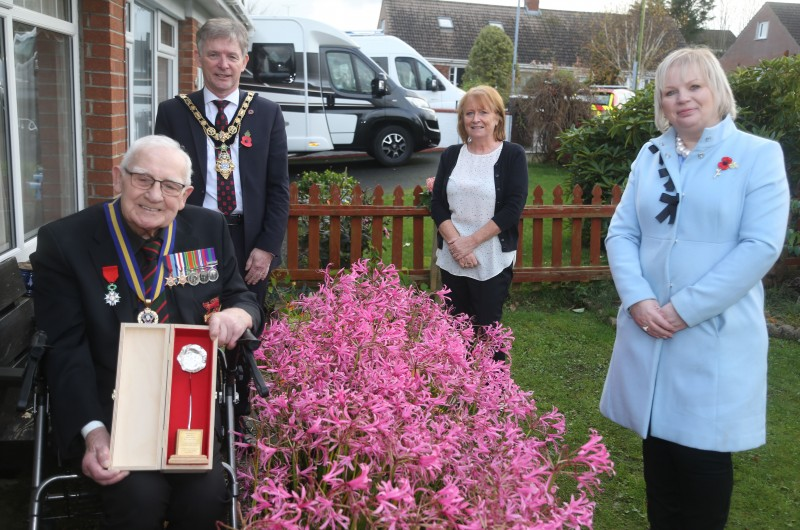 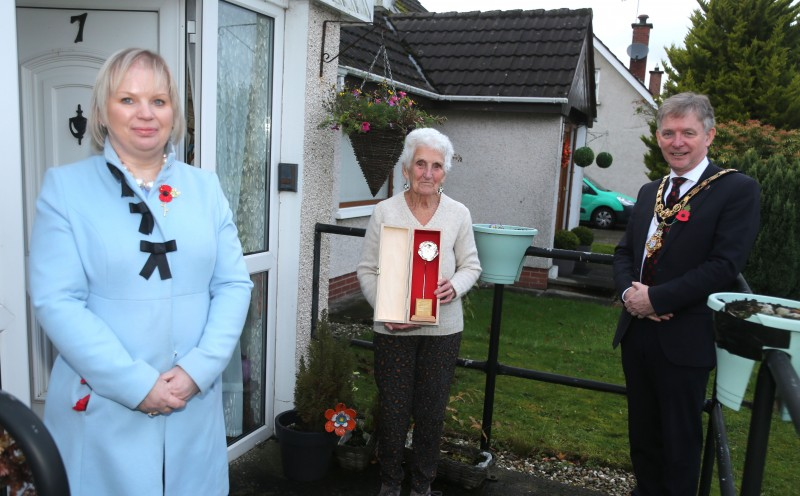