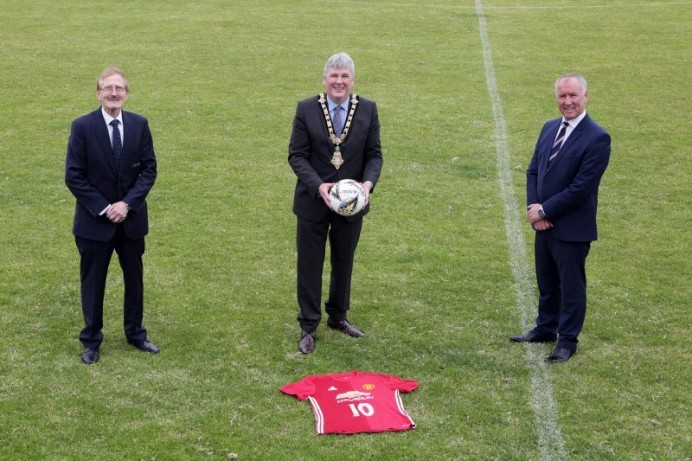 Manchester United’s Tour Set to Kick Off in Portstewart

It came as a great disappointment that the STATSports SuperCupNI Tournament had to be cancelled for a second year due to the pandemic. Organisers had been really busy putting together a strong field of 50 teams to stage a UK and Ireland event but due to the ever-changing nature of the virus, organisers had to admit defeat in April and cancel the usual format of the tournament.

However, the intrepid organising committee was not to be put off and the possibility of staging a number of games during what would have been the week of the Tournament began to take shape.

Chairman, Victor Leonard, commented, “Despite the great disappointment of cancellation, we approached Manchester United and invited them to send a team to Northern Ireland to play a number of challenge games against local opposition. They were delighted to accept the invitation and agreed for the under 16 team to make the journey to play three games. The result of so many weeks of hard work has resulted in these games taking place during the week commencing Monday 26th July, which was the date of this year’s Tournament.”

United’s first game will be played at the home of Portstewart FC at Seahaven (Mullaghacall) in St John’s Close, Portstewart.

The Mayor of Causeway Coast and Glens Borough Council, Councillor Richard Holmes, said: "I have no doubt that our local players are relishing this unique opportunity to take on the best of Manchester United’s youth players, and we are looking forward to welcoming the squad to our borough for the upcoming fixture in Portstewart.

“The SuperCupNI organisers deserve huge credit for arranging this series of games which will be a terrific showcase and a fantastic opportunity for fans to enjoy youth football of the highest quality involving one of the world’s most revered clubs.”

As a result of the restrictions introduced by the Northern Ireland Executive, a limited number of spectators was allowed at each game. The tickets for the Coleraine FC game quickly sold out leaving many spectators disappointed. Victor Leonard raised some hope for those still looking for tickets when he said, “The NI Executive meets on Thursday 22nd July and if social distancing is reduced or dispensed with, extra tickets for all three games will be made available on the MyTicket App from Friday 23rd July.”

The match ball for the Coleraine game will be sponsored by the Bertie Peacock Foundation.

Manchester United’s other games are on Wednesday 28th July at Ballymena Showgrounds against Ballymena United FC and on Friday 30th July at Dixon Park, Ballyclare, when Linfield FC will provide the opposition.

All three games have a 7pm kick off. 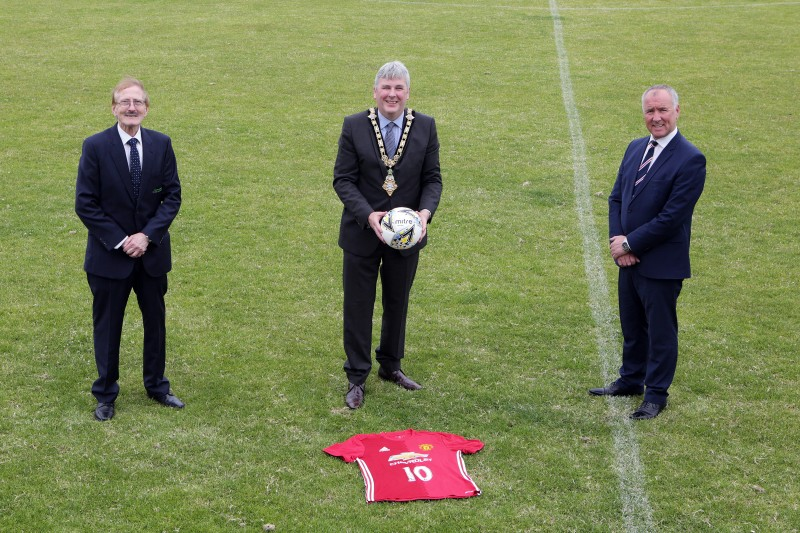